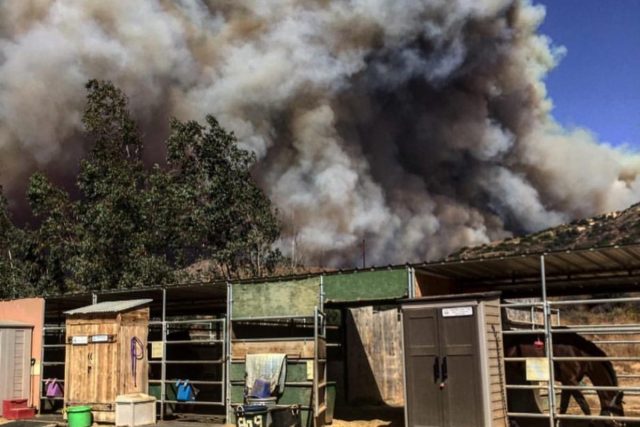 Deadly wildfires in California have burned tens of thousands of acres and destroyed thousands of structures, and have claimed human lives and likely many animal lives as well. Here’s how you can help those in need. 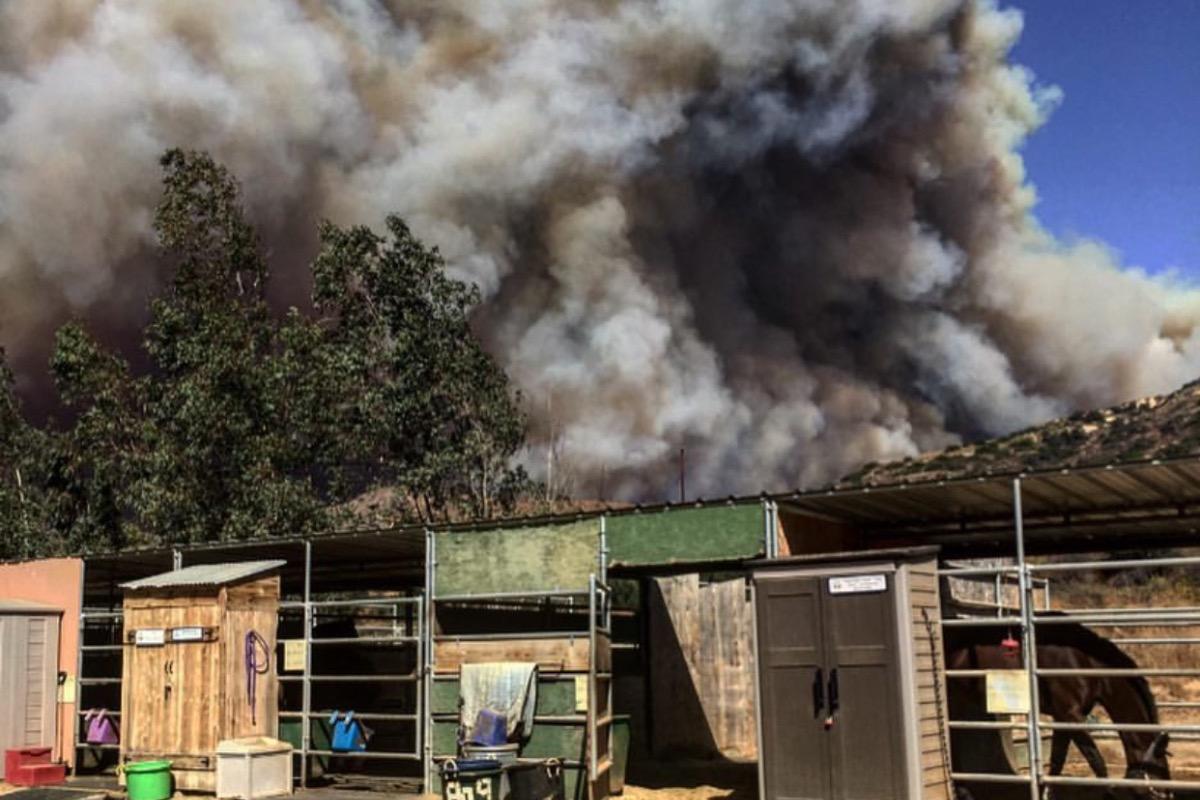 Thousands of families and their animals have been displaced after evacuating in California over the past week to escape deadly fires raging throughout the state — including the northern counties of Napa and Sonoma where wildfires of this caliber are less common. While changing weather conditions have allowed firefighters to gain a foothold against some blazes — the Canyon Fire 2 in the Anaheim area was over 90% contained earlier today — there is still much work to be done, and many evacuees have no home left to come back to.

Last week we reported equine evacuations in Orange and Napa/Sonoma counties. Many of these horsemen are now in need of help — we’ve detailed some of the organizations seeking donations to help care for displaced horses and in some cases rebuild.

The death toll from several fires raging across California’s wine country is over 40 with that number expected to rise as several hundred people have been reported missing. Some communities have been almost totally decimated, with houses and other structures completely destroyed down to ash. In some situations, owners had time to evacuate with their horses; in other cases, owners were forced to turn horses loose and flee for their lives as flames moved quickly with little warning.

Sonoma Marin Veterinary Service shared on social media that amidst the devastation, plenty of hopeful stories of animals reunited with owners were bolstering spirits. The veterinary service has been working hard on 24/7 emergency call to treat evacuated horses as well as network with other veterinarians and animal control to help evacuate those in need.

A little glimmer of hope. Multiple animals saved through our service. A HUGE effort made by our local animal control officers. Thank you everyone for your continued support and donations.

The Vintage High School and the Napa Future Farmers of America have opened the doors of the school farm for 200 evacuating animals, with students providing a lot of the volunteer labor. While there is room for more, the farm is short on some supplies, including feed and fencing to set up or reinforce enclosures. The GoFundMe page‘s first goal was reached quickly, so the fundraising goal has been extended to help continue to care for animals in the coming weeks that will not be able to immediately return home.

The Napa and Sonoma county fires — including Tubbs, Nuns and Atlas — are not completely contained, though estimated containment ranges from 50% to 70%.

The Canyon Fire 2 is considered largely contained, but not before it destroyed Peacock Hill Equestrian Center in Orange, California. With only three hours after flames first appeared on the ridge above the equestrian center until they swept down to the barn itself, staff and volunteers evacuated all 150 horses to safety. While all of the horses remain in safe quarters, the equestrian center itself sustained major damage and will likely need to be completely rebuilt. A GoFundMe page has been set up to benefit Peacock Hill, with funds intended to rebuild the main barn and allow horses and trainers to move back home as soon as possible and restore operations.

The California Professional Horseman’s Association is fundraising to benefit all of the state’s affected horsemen from all of the summer and autumn’s vicious wildfires. [Donate to the CPHA Foundation]