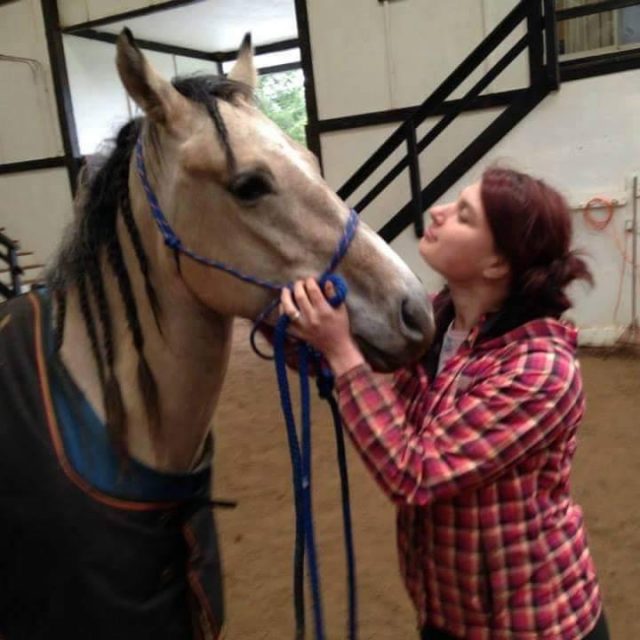 Life is a series of highs and lows, and without the bitter, the sweet would just be ordinary. That’s what I’ve always been told, at least, and that’s what I continue to tell myself when things seems bleak.

This past month has been a trying one: the first blow came the night before I was supposed to leave for ODS State Championships (which I wrote about here). I pulled Helix out of his stall to find that his hind legs were hot and the size of tree trunks. Needless to say, we would not be competing at Championships, which was disappointing, but I was much more troubled that something might be truly wrong with my horse.

I brought him to the Oregon State University large animal clinic for diagnostics. Blood work showed an ever-so-slightly elevated white count, but not high enough to suspect any kind of infection. There was no fever, and in terms of appetite, Helix was his food-loving, treat-hounding self. I was instructed to cold hose and wrap, and by Monday, Helix’s legs were mostly back to normal.

The only explanation we could come up with was a possible allergic reaction to an insect bite. I was a bit disappointed that I didn’t get to compete, but I was mostly relieved that my little man was going to be okay. Race season was just around the corner anyway, and I had a 25k and marathon coming up to exercise my competitive spirit! 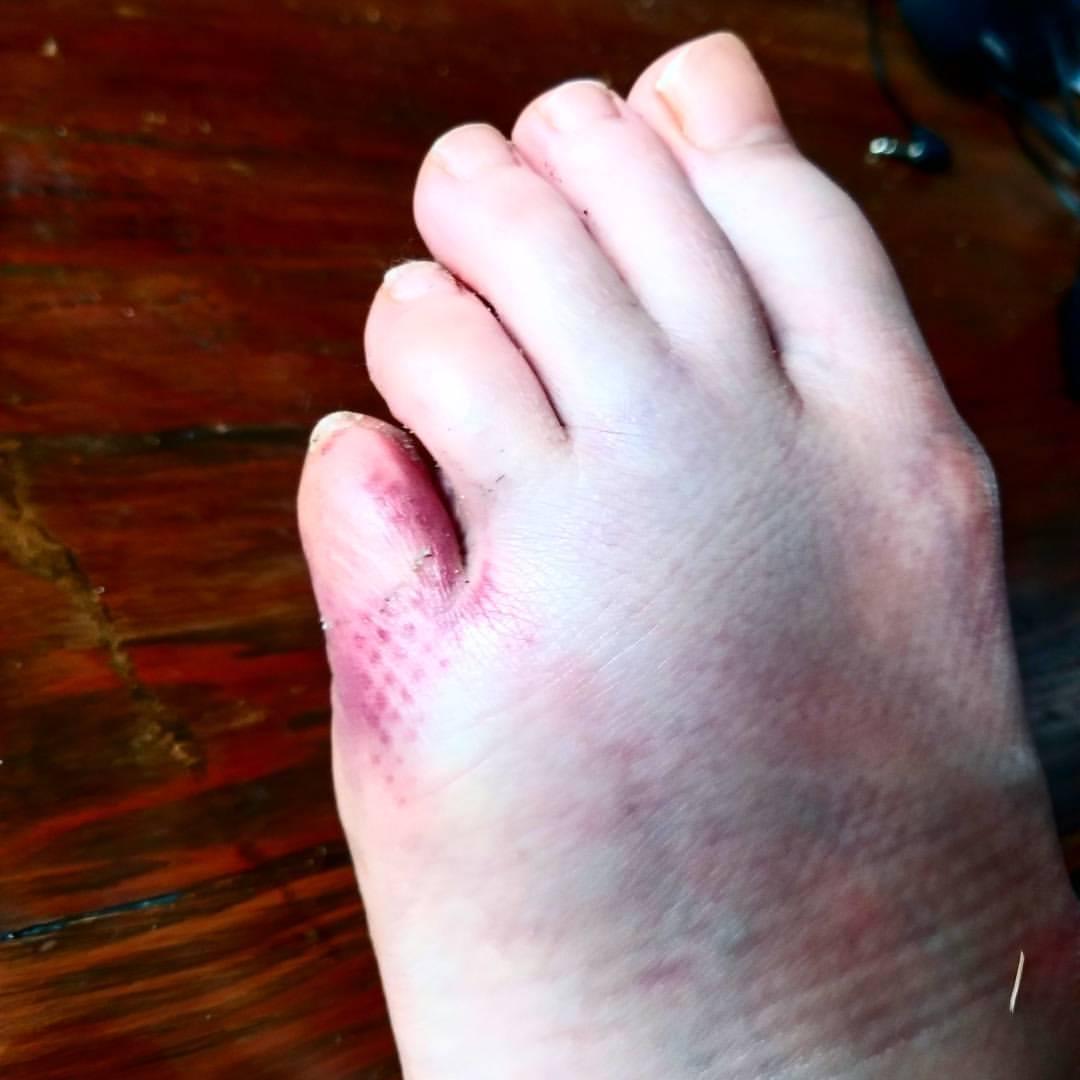 It’s amazing how a single misplaced hoof on the way in from the pasture can disrupt months of careful planning and training. One week prior to my 25k I found myself with a dislocated pinky toe and lots of bone bruising, topped off with some soft tissue damage. Similar to Helix’s injury, it was not super serious, but enough to keep me from competing in the 25k and training for the marathon.

I could have dealt with not competing in the races, but as someone who is completely addicted to the runners high, not being able to train was a killer. Those exercise-induced endorphins are addictive, and it wasn’t long before the withdrawal symptoms started to kick in. Combined with the beginning of what I refer to as “vitamin D season” in Oregon and a barrage of events in the news that were constantly making me question my faith in humanity (a major one in Vegas), I was beginning to feel less than my typical, chipper self.

So in order to combat the creeping veil of blueness that felt as though it was engulfing the entirety of my being, I did a couple of things. First off,  I started on a vitamin D supplement immediately because seasonal affective disorder is no joke. Then I turned to the things that have without fail brought me joy over the years.

I’m a child of the 90’s, the decade where the second wave of punk and the third wave of ska were prominent features of the music scene. Like many, I have a strong affinity for the music of my youth, and some of my fondest high school memories are associated with the time I spent playing saxophone in the punk/ska band Decked Out. 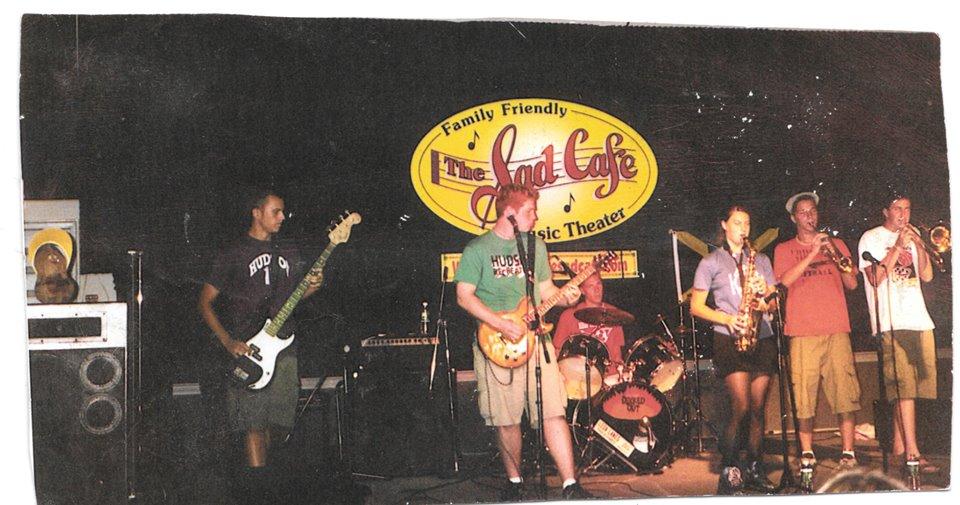 Decked Out playing at the Sad Cafe in Plaistow, NH. Photo courtesy of Biz Stamm

The music of that time will always hold a special place in my heart. It is my comfort food, capable of warming me from the inside out. Like many, I often interpret the lyrics to be specifically about my own life.  And just like any horse crazy individual, songs about my life are without a doubt songs about my horse as well.

There is one song in particular by the band, Rancid, called “Fall Back Down” about friends being there to lift your spirits during the tumultuous time after a breakup. It’s not their best song. It’s arguably not even a good song (look to the album And Out Come the Wolves for their best work), but it is a fun, bouncy song. While I haven’t been through a breakup in over a decade, the lyrics have always reminded me of the relationship with my horse, another thing in my life that has reliably brought me joy. The chorus goes:

If I fall back down, you’re gonna help me back up again

If I fall back down, gonna be my friend 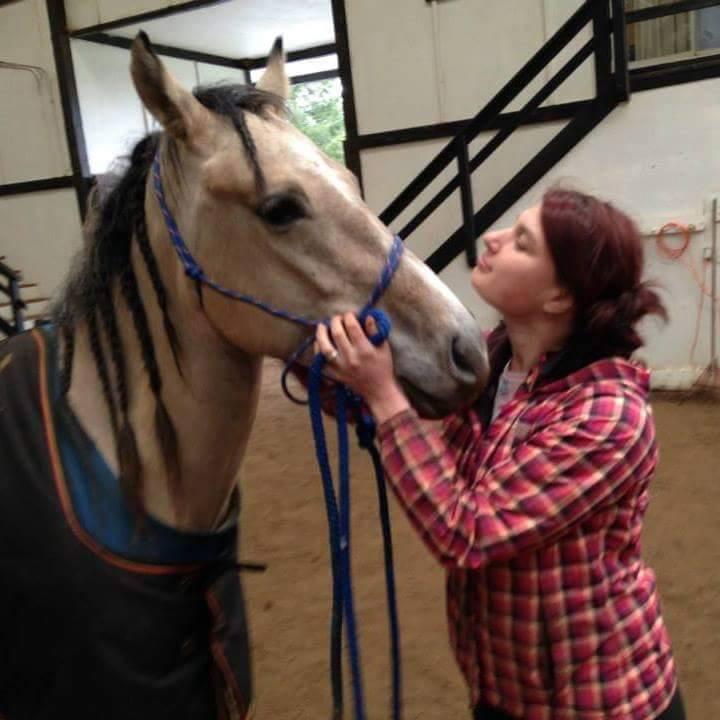 So during the times in my life when I fall down, when the spring in my step is gone, and the laughter comes with a bit more difficulty, I can bop my head to some punk music and bury my face in the mane of that mystical, hoofed creature guaranteed to pick me back up again. 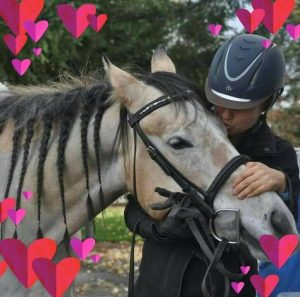