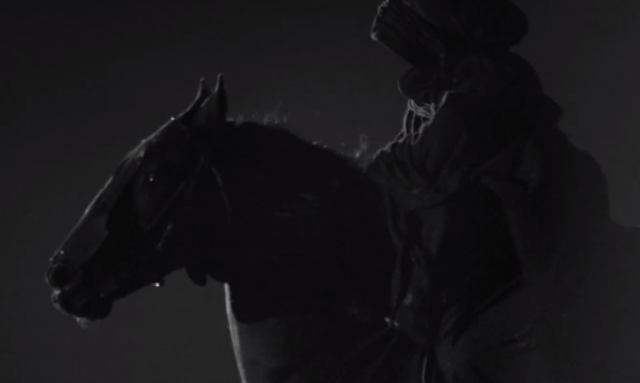 The perfect music video to get you in the Halloween spirit! They say Death rides a pale horse, but we’re loving the Reaper’s big beautiful Friesian in this video for “Lonesome Rider” by Volbeat. 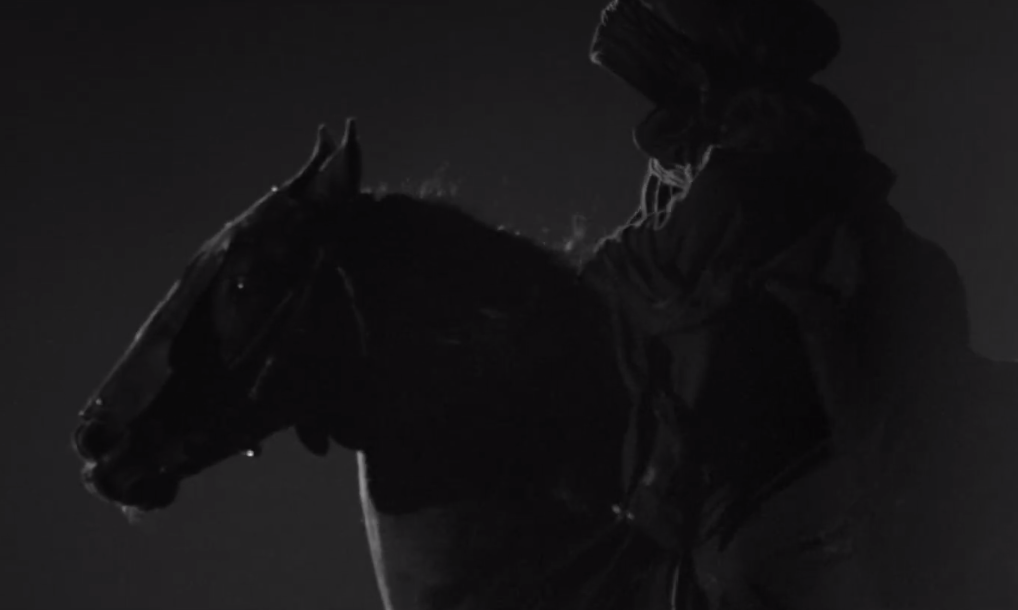 Danish band Volbeat formed in Copenhagen in 2001 and has been rocking the fusion genre of rock ‘n roll/heavy metal/rockabilly all over the world ever since. Reader Rachael, known by her Twitter handle @propspony, sent us her tip for the 2014 video for the band’s hit “Lonesome Rider:”

Well, with an endorsement like that, how could we pass this one up?

Volbeat’s lead singer Michael Poulsen stars in the video alongside guest vocalist Sarah Blackwood from Walk Off the Earth. The theme of the video is summed up in the final moments: “love always conquers; death always collects.” It’s a simple storyline, but filled with powerful imagery — helped in part by Death riding on a gorgeous Friesian as he gallops over the plains for his souls to collect.

Okay, it might not be the most uplifting plot we’ve ever seen, but we’re still tapping along with that beat — and we give the horsemanship in this video two thumbs up.