‘Odysseo’ vs. the TWH Celebration.

Two major equestrian events hit the Nashville area at the same time this summer. One was Odysseo, the big brother of Cavalia, presented by Cirque du Soleil; the other was the 79th Annual Tennessee Walking Horse (TWH) National Celebration. One brought grace, excitement, cachet and tourist dollars. The other was grueling to watch, has been internationally vilified, made Tennessee an embarrassment and has been an economic loser for years. The trainer of the horse named World Grand Champion at the Celebration began an eight month suspension for violating the Horse Protection Act as his winning horse goose-stepped out of the arena. His brother also was suspended.

I have been in the audience for both equestrian events. I have found that the organizers and exhibitors of the big lick Celebration blocked “behind the scenes” observation. I (with many press representatives) was invited to cover several behind-the-scene events by Odysseo. These included the day the Tennessee School for the Blind was treated to up-close-and-personal experience with horses and riders. My exposure revealed that the vast differences in the training, treatment and performance between these two equestrian exhibitions are staggering.

We (the press) were welcomed by the Odysseo staff. They were enthusiastic about touring us through the horses and the roomy, bright stabling. They explained the “liberty” pasture time the horses enjoy every day. We observed the gentle, patient training and the attention to the bond that the handlers, trainers and riders have with their horses.

My exposure to the “big lick” Tennessee Walking Horse events and supporters has been a smash-up of threatening demeanors, suspicious stares, defensive mantras and what felt like the “goon squad” marching toward me ready to escort me from the show grounds.

The “big lick” show horses that I have observed staggered around the arena in stacked, weighted shoes and large-link ankle chains. They had trouble executing a simple turn. They were hauled up at the head with harsh bits. I understand that they stand for months in small, dark stalls because they can’t have “liberty” pasture time while wearing the performance shoes.

The “big lick” horse can start training at the age of 16 months with weighted devices and legs tied with rubber tubing (stretchies), spurred with long-shank spurs while carrying a grown man. The Odysseo horses are brought along slowly and perform to their individual temperament and confirmation. No devices. No quick fixes to force behavior or performance. A horse is relieved from its specific job or retired from the show “before the light goes out of its eyes,” as one trainer told me.

Little knowledge of horses is required to compare the jacked-up look of the “big lick” horses as they enter the arena to the relaxed, engaged look of the Odysseo horses. I have seen the wary-eyed demeanor of the big licks in their stalls. In contrast, I was summoned and nuzzled by the soft-eyed Odysseo horses as I strolled past.

Both groups pledge love for their horses. One group engages the horses’ natural abilities with balance, patience horse/human bond of trust. The other forces a performance — not found in nature — with harsh devices and quick fixes.

The training devices and techniques employed by the “big lick” Tennessee Walking Horse trainers and riders continue to be denounced by groups like the American Veterinary Medicine Association and American Association of Equine Practitioners. But the PAST Act (Prevent All Soring Tactics), with large bi-partisan support, continues to languish in committee. Tennessee’s Congressional Representatives Marsha Blackburn and Scott DeJarlais are joined by Senators Corker and Alexander in continuing to fail to support the PAST Act.

The Marquis de Sade school of horse training, fueled by ego that employs pain and stress to achieve an unnatural, exaggerated gait can be witnessed in a few burgs in a smattering of southern states. The results of these “training” techniques are “celebrated” in Shelbyville, Tennessee. Odysseo, respecting the natural abilities of horses through understanding, patience, balance and partnership, appeals to huge crowds all over the world. 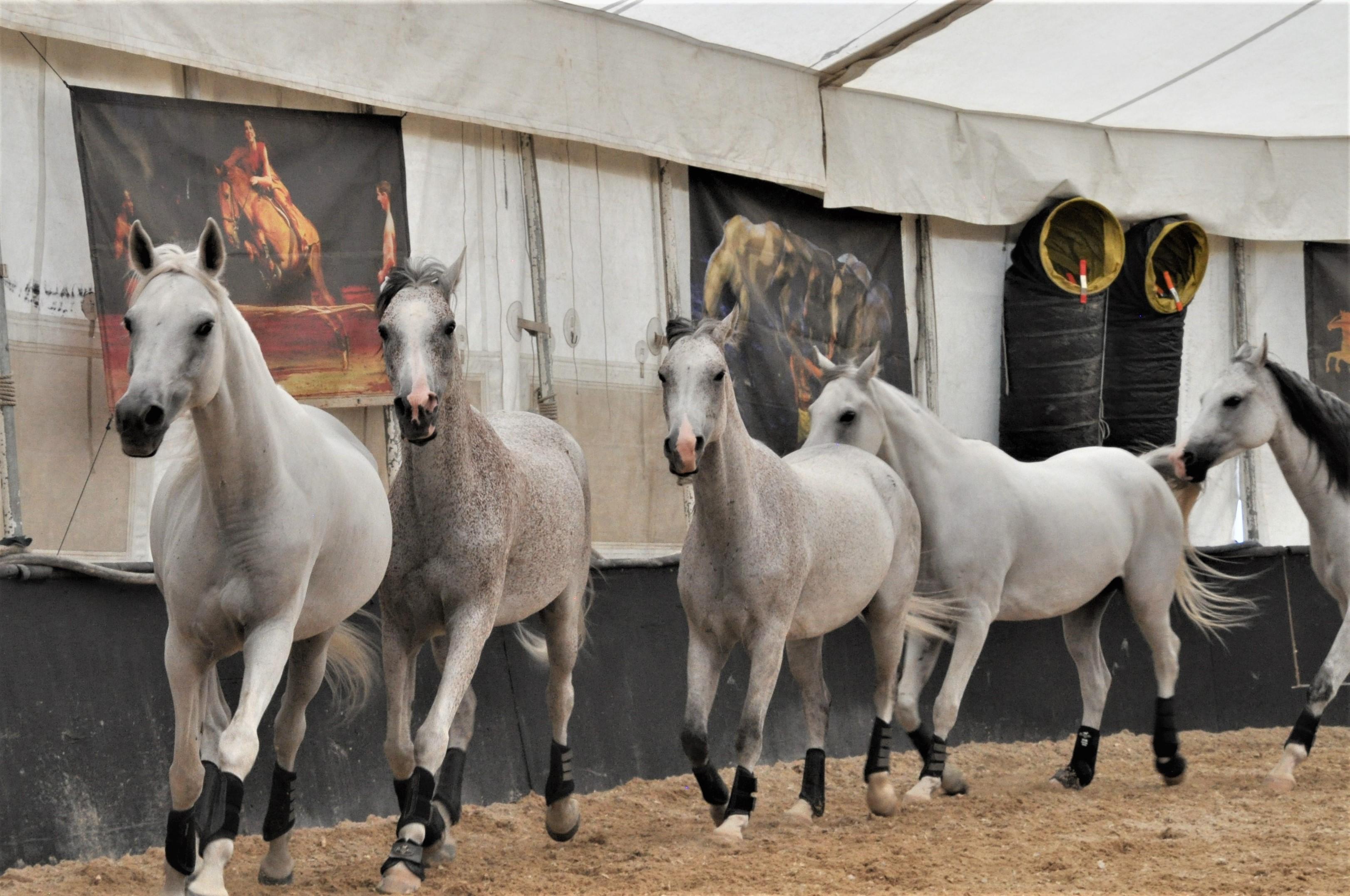