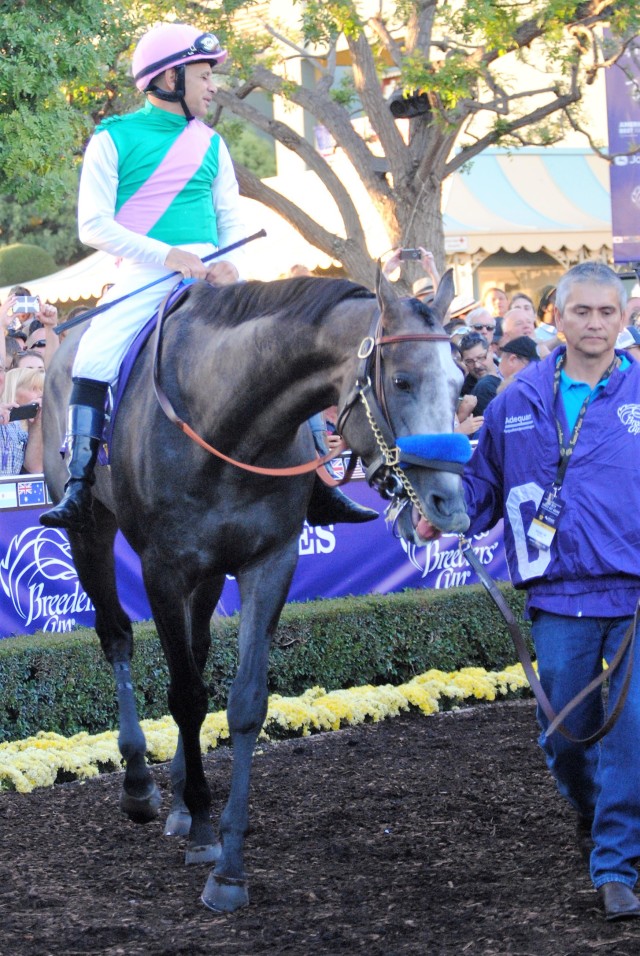 Champion international racehorse Arrogate will run his final race at Del Mar and retire to Juddmonte Farms to stand at stud. 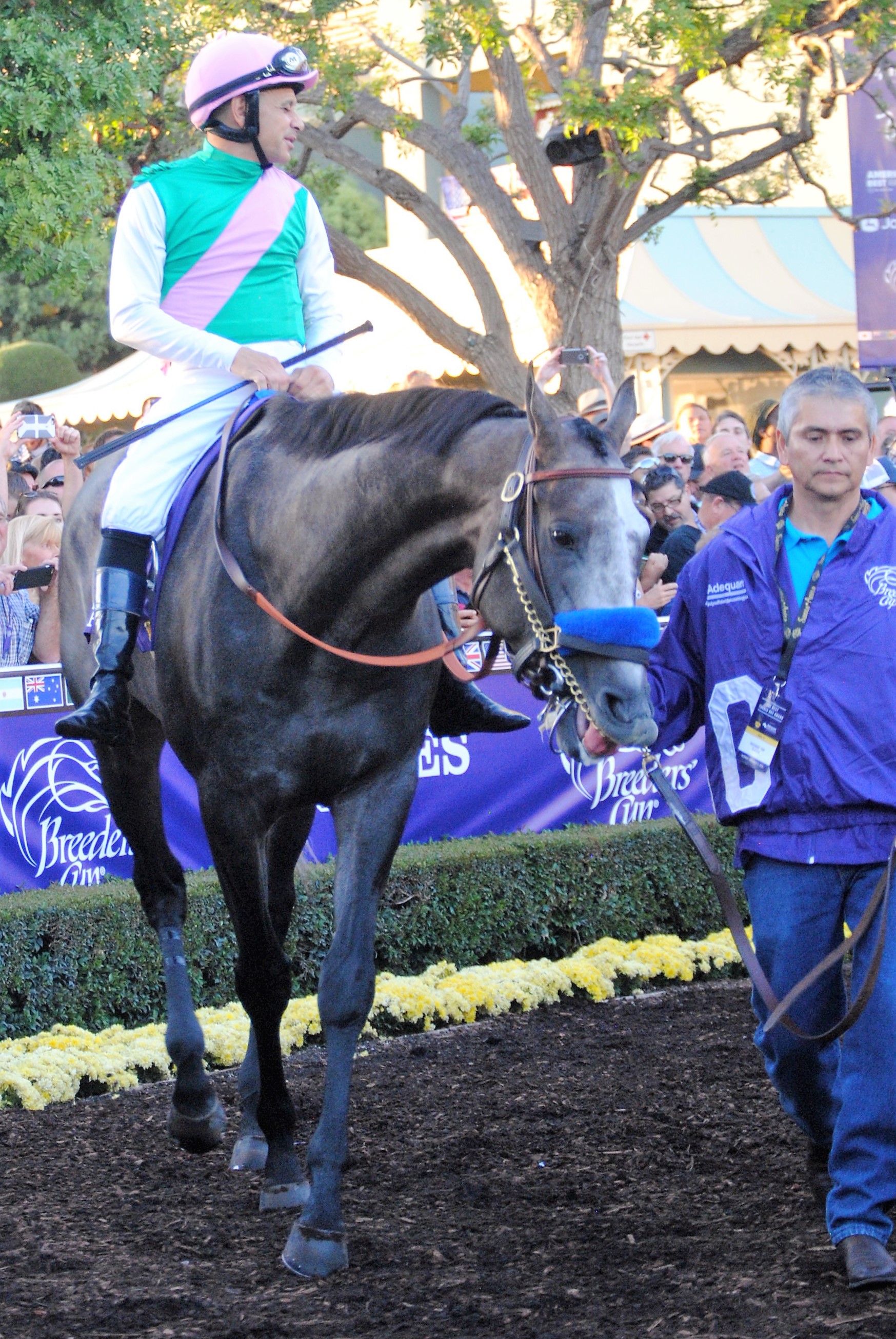 Arrogate in the paddock prior to the 2016 Breeders’ Cup Classic. Wikimedia Commons/Jlvsclrk/CC

Arrogate’s final career start will be the Breeders’ Cup Classic to defend his title before retiring to stand at stud at Juddmonte Farms in Lexington, Kentucky.

The big gray son of Unbridled’s Song first stormed onto the racing scene in 2016 when he smashed the record in the Travers Stakes at Saratoga, running away with a 13 and a half length victory. He went on to trounce fan favorite California Chrome first in the 2016 Breeders’ Cup Classic and the inaugural 2017 Pegasus World Cup invitational; he traveled to Dubai and overcame a wretched start to win the Dubai World Cup. His earnings to date stand at over $17 million.

Arrogate’s summer campaign has been admittedly less impressive: he failed to fire in the Pacific Classic and the San Diego Handicap. However, trainer Bob Baffert is confident in his colt’s ability, maintaining that he is still one of the finest horses he has ever trained.

Arrogate will not have a cakewalk in the Breeders’ Cup Classic this year: Baffert has prepared a quiver of outstanding colts, including not only Arrogate but 2017 Travers winner West Coast, Mubtaahij and Collected. Steve Asmussen’s Gun Runner is a large-looming threat as well: coming off of four major stakes wins this year, the colt is in the best form of his life and has been training already in California.

A stud fee for Arrogate has not yet been announced, but Juddmonte has reportedly already begun booking and acquiring top-tier mares specifically for the horse.

[Arrogate to be retired to Juddmonte Farms after Breeders’ Cup Classic]

[Arrogate to Retire After Breeders’ Cup]