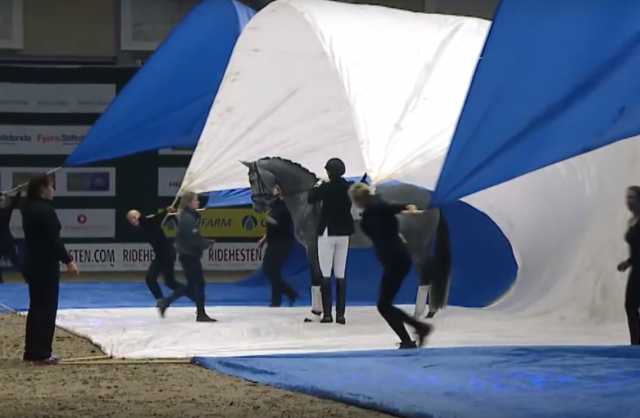 Clips from this full 2015 video from Will Rogers Performance Horses are circulating the horsey internet, evoking all of the feels from goosebumps to full-on tears. We’ve got the full scoop and the full video here!

It was our most-read piece of 2015. It returned in early 2016 with a vengeance. And despite the original video being over two years old, the bomb-proof dressage horse is back again — with a little bit of a twist.

Let’s back up here a few steps.

In 2015, we introduced you to “Donna Summer,” ridden by Anna Blomgren of Sweden, and the pair’s stunning freestyle performance. We could almost hear readers’ jaws dropping all over the world when they witnessed the beautiful mare quietly cantering past umbrellas, fire, bull whips and roaring chainsaws, but when the tarps came out, we were all moved to tears. 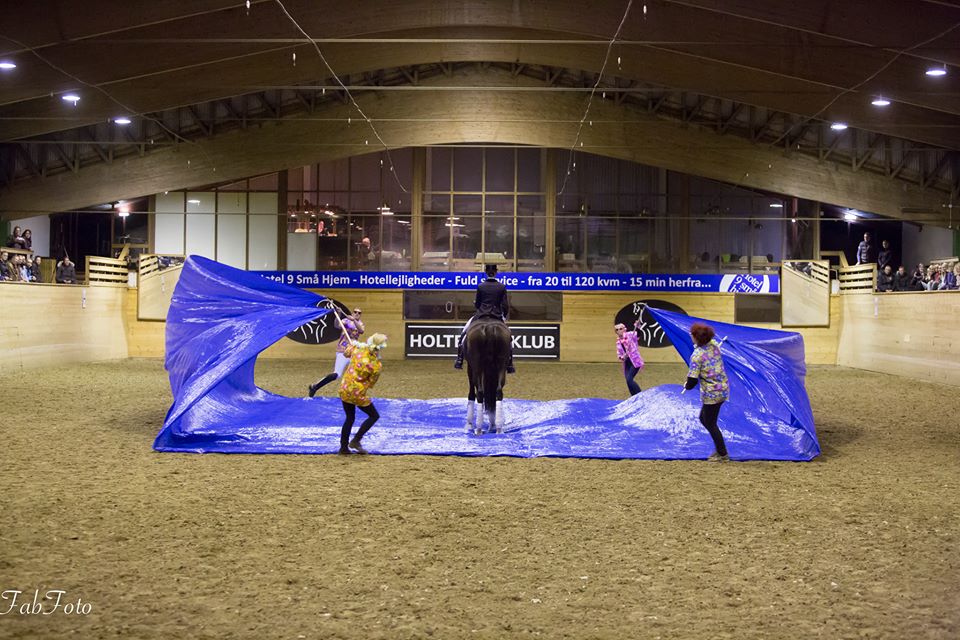 Anna returned to Horse Nation in early 2016 with her next visit to Dressage Crazytown, this time starring Tørveslettens Quattro. The “Add Drama” show literally had a giant button that could be punched to add a new level of insanity to the dressage performance, including a police car, fire and — because why not — a dirtbike doing aerial tricks overhead. 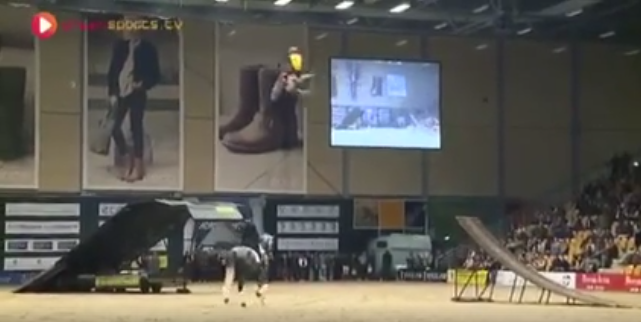 Since 2014, Anna Dressage — Anna Blomgren’s stable — has partnered with Will Rogers Performance Horses to help particularly sensitive mounts such as Donna Summer and Tørveslettens Quattro. This partnership has helped Anna Blomgren gain a reputation for working wonders with reactive or sensitive horses, helping to tailor her training program to the individual. Will Rogers employs a variety of tools in his kit to help train, including liberty work, customizing every program to each horse’s unique needs.

And it obviously works some wonders: clips from the following video have been making the viral rounds, but you’ll want to make sure you watch the full thing here. This video is from the JBK Horse Show in 2015, featuring Rogers and the four-year-old mare Esmeralda, as well as the return of those big tarps… taken to a whole new level.

Now THAT is some excellent use of the tarp.