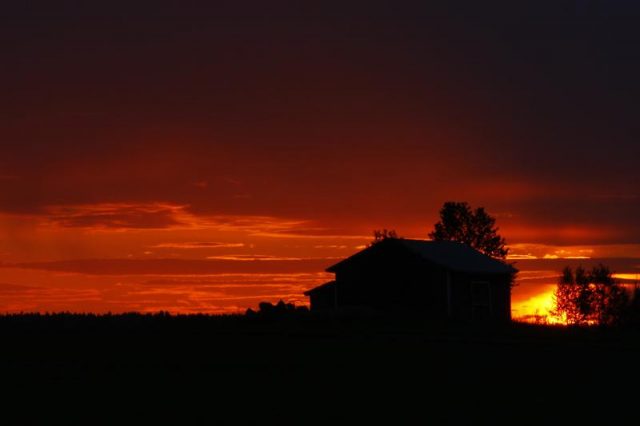 Do you believe in ghosts? Kristen Kovatch isn’t so sure any more after a late night at the barn where she heard an unexplained sound… 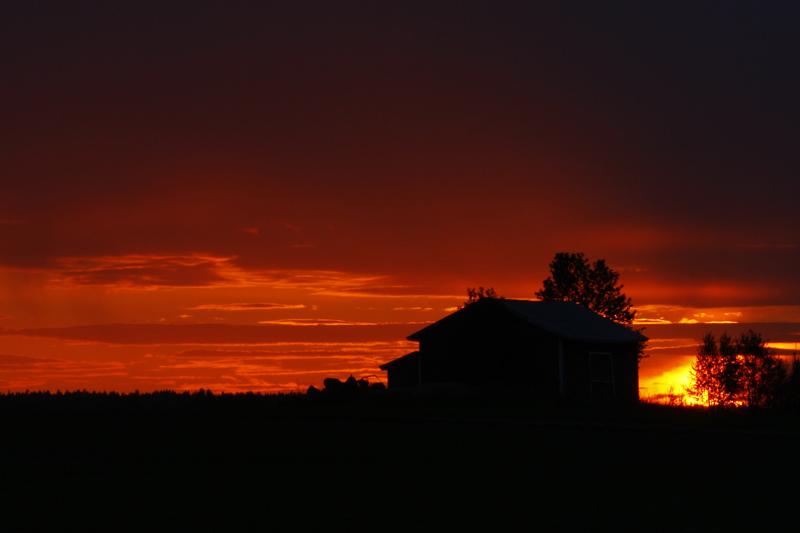 I won’t come right out and tell you that I believe in ghosts. I do believe in science, and by all scientific logic, there’s no good reason to believe that spirits stay to walk among us long after the body fades away — but there have been a few things that I know I’ve experienced that I can’t quite explain. There was the perception of a person walking down the stairs at my notoriously “haunted” in-laws’ house that never made it to the landing; there was the cat I kept seeing out of the corner of my eye, but never dead-on, at my friend’s old New England home.

And there was the night I heard the hoofbeats.

After I graduated from college, I was lucky enough to be hired back by the university equestrian center to teach the western riding program, coach the equestrian team alongside my mentor and eventually take over the driving program as well. I told myself over and over again how many other graduates right out of school would kill for this job, this opportunity — I had a facility, students and horses already here and the promise of a long career if I worked hard and learned as much as I could to pass on to my students.

Truth be told, I was terribly lonely. The friends with which I had graduated had understandably moved away from the tiny college town in one of the most rural parts of New York state. I had been elevated to the role of a teacher, coach, leader — I wasn’t supposed to be hanging out with the students outside of the barn.

As the days grew shorter and the nights grew longer — winter came early to this higher elevation in New York state, with cold winds sweeping the pastures bare and rattling the eaves of the cavernous metal barn that the equestrian program called home — I found myself spending more and more time just hanging around the place at the end of my work day.

The afternoon practices I coached might have been wrapped up for hours, the horses already tucked in for the night in stable blankets with a pile of hay, but I’d still be there, moseying up and down the aisles, chatting with students as they tacked up for the late practice. Sometimes the student boarders would come by late for the open ring time, squeezing in a hack at 8:30 before we formally closed the barn at 9:15. I’d find myself still there in the barn, lingering by the tack lockers or sitting perched on a mounting block chatting with the students as they worked their horses around me.

Some of the students were perhaps just as lonely as I was, although from their point of view I must have looked like the picture of success: a fresh graduate landing a dream job, putting on the face of confidence even though daily I wondered what on earth I was doing and why I was trusted with molding the minds and equitation of these young people. There were a number of students who followed a similar pattern as me, lingering long after their practice or class, spending some time with their favorite school horse or feeding their boarded horse treats as he rested in his stall.

One autumn evening — there may have already been snow on the ground, it wouldn’t have been unlikely for late autumn in that part of the state — found me at my usual haunts, meandering up and down my barn aisle on the pretense of checking over the school horses under my care. A student — we’ll call her Megan — was lingering by her horse’s stall door, crooning softly to her beloved gelding as he munched his hay. We wandered towards each other like lost satellites, eventually, without a word exchanged, sitting across from each other on the aisle floor to rest.

Megan was a freshman, and like many first-year students was adjusting to college life, albeit slowly. I had recognized that she had a few friends among her fellow riders but was far from the bright, bubbly center of things when the team was all together. Her gelding was everything to her, and she and I were often the last ones out for the night as she liked to spend all of her free time with him, often just sitting in his stall and letting his presence wash over her.

We chatted that night — about how she liked her classes, our favorite school horses, the funny thing the head coach had said the other day — just the idle conversation that felt so familiar and comfortable then, the kind of basic human interaction I had been missing since taking the job and perhaps the kind of talk that Megan was missing as well with a familiar friend. We lapsed for a moment into quiet, letting the silence of the otherwise deserted barn settle, the soft and gentle sounds of horses chewing hay omnipresent in the background.

Softly at first, so that I barely registered the sound, then gradually louder, the steady four-beat cadence of a horse’s walk echoed down the aisle, and I naturally turned my head to look and see who else was still here, perhaps leading their horse to the arena for a late ride. The aisle was empty. There was no one there. The steady clip-clop clip-clop continued, the sound passing right down the center of the aisle, between me and Megan, and faded away.

For the space of a breath I inwardly scoffed at myself. Then my eyes met Megan’s, and I knew we had both heard the same thing. Her mouth fell open as she swept a glance up and down the barn aisle.

We scrambled to our feet, determining out loud that a horse must be loose across the other side of the barn, opposite the dark indoor arena which we dashed across quickly. We started at one end of the barn and worked our way up, touching each latched stall door as we went, determining that yes, indeed, every horse was safely inside, some dozing, some snacking on hay, but firmly enclosed in a stall.

Down the other side of the barn we worked, our feet moving faster and our words faster yet, sentences tumbling over each other to try to explain the hoofbeats from an invisible steed that had walked among us for a moment. Again, every horse was in his stall. A glance out the window revealed that ours were the only cars in the lot; we were the only ones here.

At a loss for explanation, we shut off the lights and headed out into the dark autumn night. In the morning light the next day, when we would repeat this story for incredulous listeners, we would be laughed at and teased, accused of pulling the listeners’ legs, making the whole thing up or worse, spending too much time at the barn and clearly not getting enough sleep.

Megan and I always knew, however. We knew what we had heard. And on that night we were reminded that maybe we weren’t so alone after all.