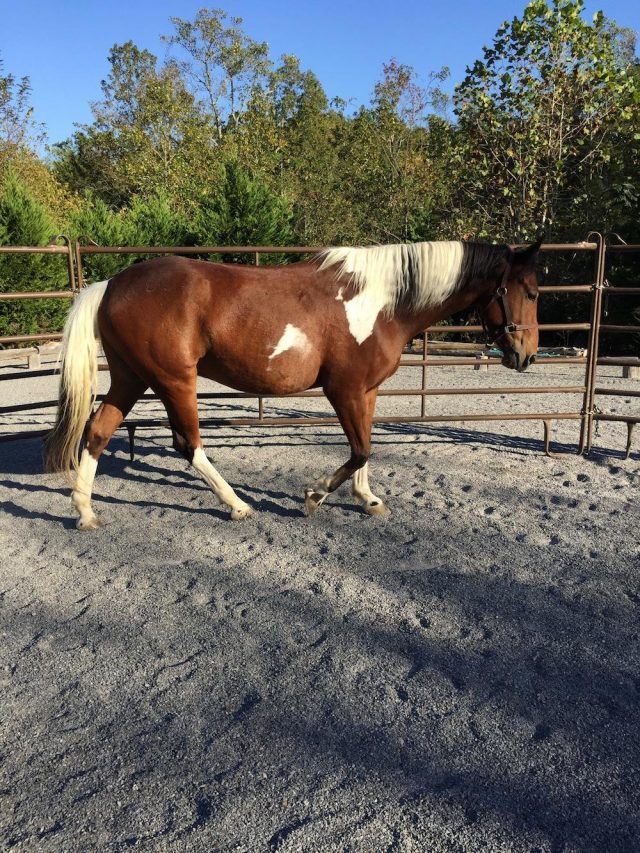 Trust your horse, trust yourself. 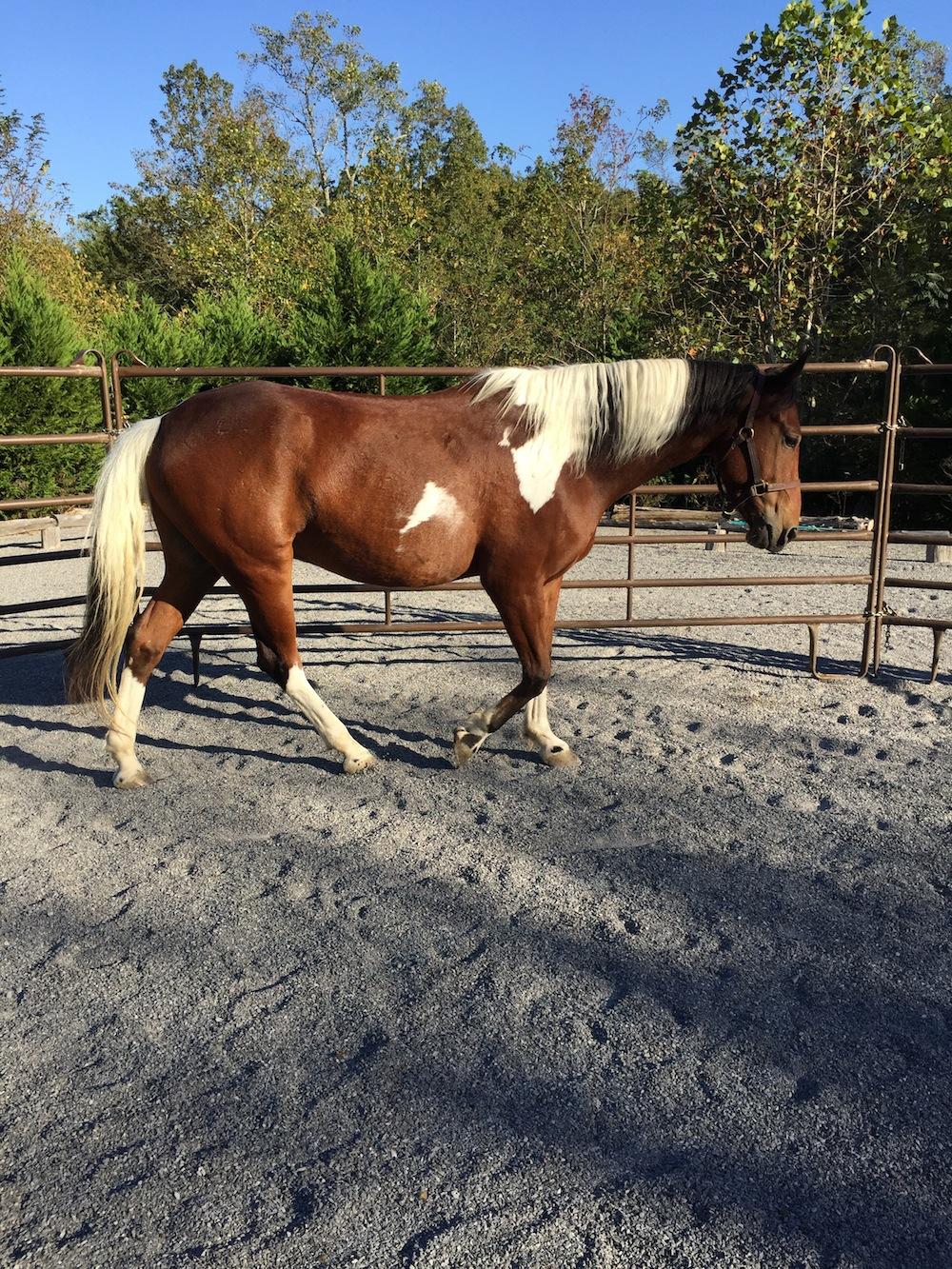 Working in the roundpen on the “scary” end of the ring. Photo by Esther Roberts.

Trust is the key component in any relationship, and nowhere is that more true than in the human-horse relationship. Trust takes time, because trust must be earned.

How does one earn trust? By being reliable and dependable over time. Consistent evidence of trustworthiness over time is the only way to truly build trust. Anything less is merely acquiescing to a power differential of some sort, typically based on fear.

I want Kaliwohi to trust me, and I want him to be reasonably fearless. Last week’s column talked about fear. This week, I decided to help Kaliwohi overcome his fear of the “high end” of my dressage arena.

As I’d been reflecting on why Kaliwohi was skittish on that end of the arena, it occurred to me that the only time he was ever in the arena was when we were training together.

He’s a sensitive horse and with a big heart, and I realized I had been asking him to balance me on his back, process everything I was asking him to do, coordinate his body in ways he’d never been asked to before, and deal with the fact that, from his perspective, he was working on a cliff!

How to build up his trust – both of the arena and of me? Take some of those multiple tasks away and let him adjust a bit.

So I took a page out of natural horsemanship (hat tip to Trina Campbell) and set up a round pen on that end of the arena.  And Kaliwohi’s training sessions, for a few days at least, consisted of nothing more than hanging out in the round pen for an hour or so. (Bonus: opportunity to get over any herd-separation anxiety!)

I added a tarp and some other “obstacles” so he could learn a little more each day. But because both he and I still need to shed pounds, after a couple of days, I added a homemade “cavaletti” (super easy to make), so Kaliwohi could start working his back muscles and his abs! 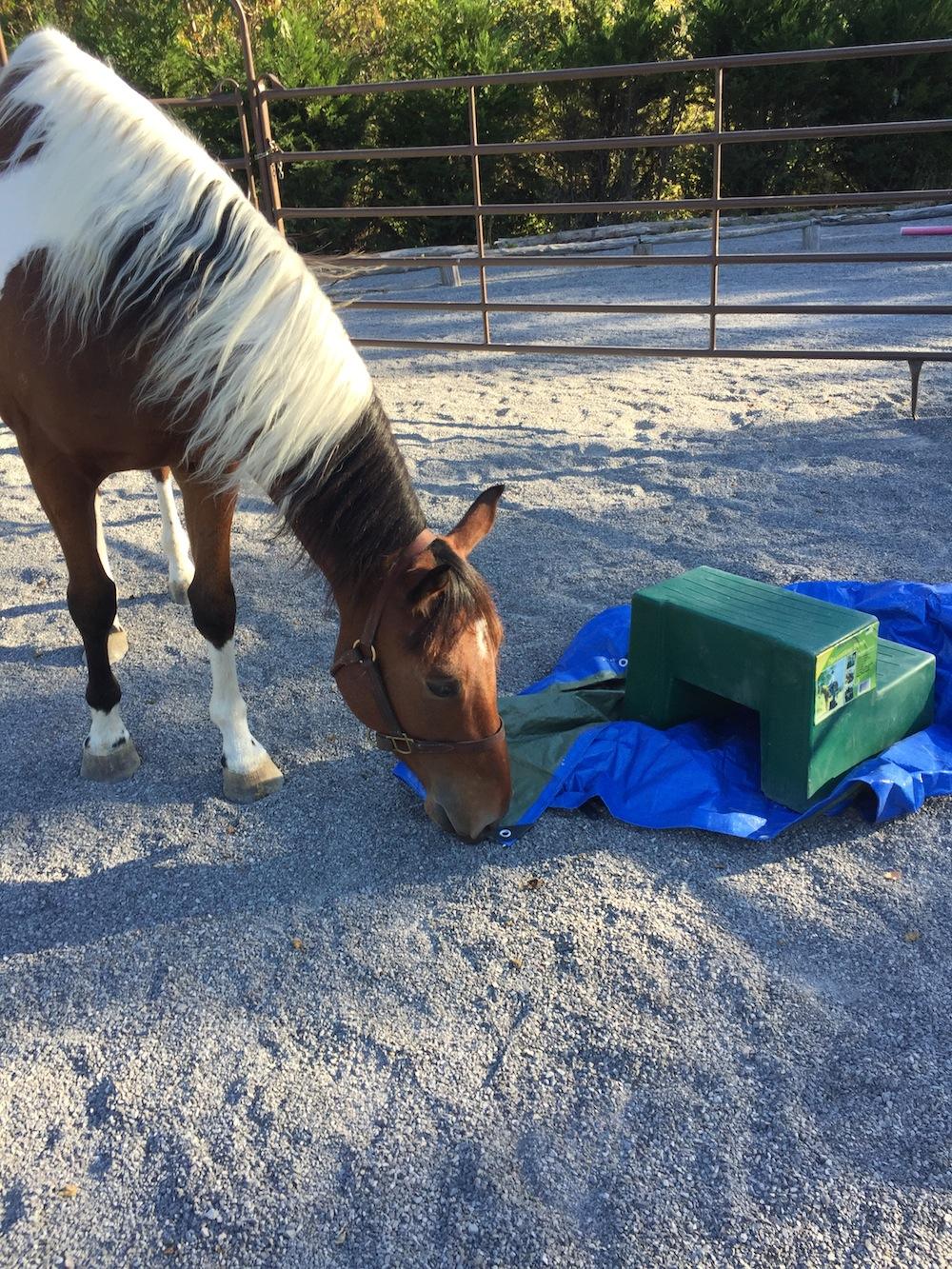 At first, I asked him to walk over the “jump.” Sometimes he would knock it down, but he eventually got the hang of stepping over it at the walk.

Next, up to trot. It took Kaliwohi a couple of days to coordinate his legs but he is definitely getting the hang of it!

I don’t plan to jump Kaliwohi competitively at all. But small jumps like this one can really help him start to develop his muscles and learn to balance, both front-to-back and laterally as well.

After his round pen training sessions, I let him enjoy a few bites of grass right on the edge of the arena in the “scary” spot.  I’m very happy with how relaxed he is becoming in this section of the arena. 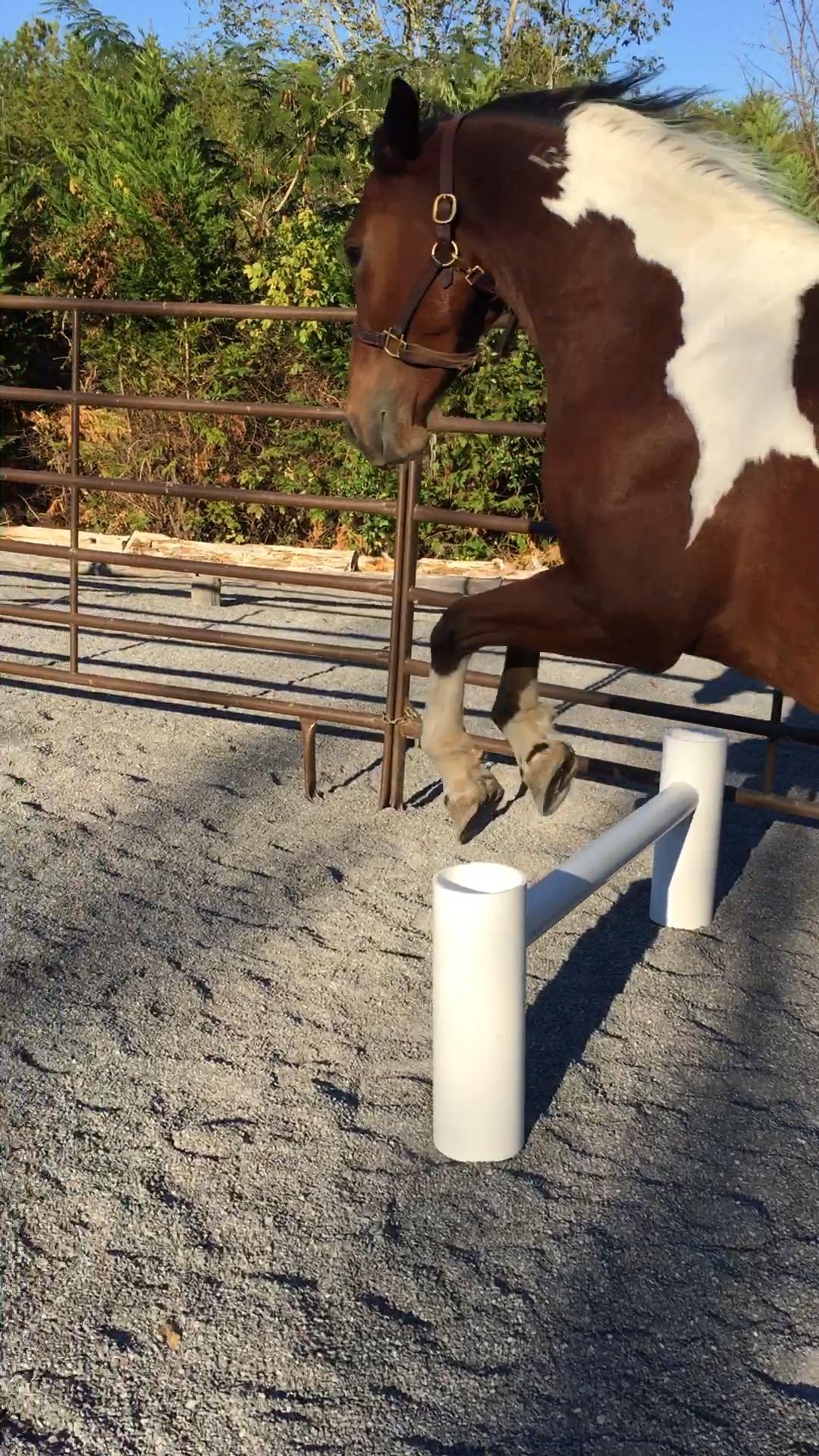 Next step for Kiwi is for me to get back in the saddle and work him both inside the round pen, and inside the arena with the pen still in place. It is set up so I have clear arena space to the quarter lines and six meters inside the short end, so we can still do many full-school exercises.

The round pen won’t stay in place long, but it is serving a very valuable purpose with regards to building up Kaliwohi’s trust and confidence.

As for my own progress, “slow and steady wins the race,” is my mantra regarding weight-loss these days. I’m reading several books along this journey, and one I have found to be particularly useful is Jeff Olson’s The Slight Edge.

Esther’s “raw honest” summary version of Olson’s book is this: Life is a series of constant choices, every choice has a consequence, and those consequences compound over time.

It would be impossible for me to gain sixty pounds from one single overindulgence. Consequences – positive or negative – compound upon one another.

Consistency in choosing the positive is the key.

The negative thought is: I’m so busy. Okay, so now I have a choice to make. I can choose to spend thirty minutes working with Kaliwohi in the round pen, or I can choose not to. Which one is the positive choice?

You get the general idea.

The “wow” moment for me was realizing my food choices aren’t made in the planning or preparation phase. They’re made in the eating phase.

Talk about an empowering thought!

If I’m at a social gathering and I allow the hostess to pressure me to eat some treat that I really do not want nor do I need, I am giving up my own power to choose! I am, quite literally, trusting someone else more than myself with my own health and well-being.

My hypothetical hostess won’t suffer the cumulative consequence of me eating that piece of cake! Those consequences will show up on my bum, not hers!

So what’s the lesson I’m learning now, and the “simple edge” I’m gaining on my own weight-loss journey?

Just like Kaliwohi, I am learning to trust me.