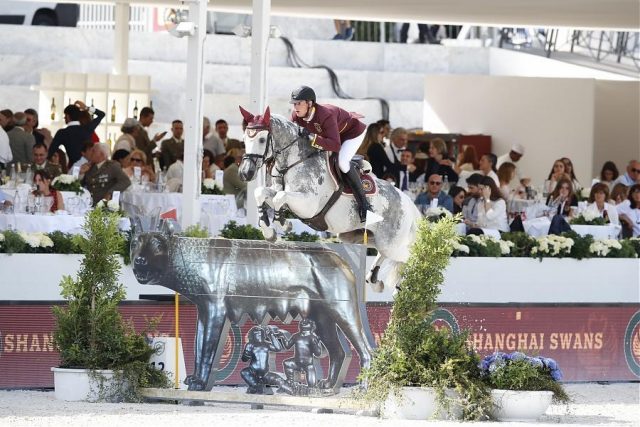 ‘It’s not creepy, it’s historical.’ Sure, Linda. Whatever you say.

Let’s arbitrarily decide based on vague criteria who jumped this creepy bronze sculpture the very best, because we’re Jumper Nation, and that’s what we do.

For those of us not fully up-to-date on our Roman mythology, the bronze sculpture depicts the Capitoline Wolf, the magical she-wolf being suckled by twins Romulus and Remus who would go on to found the Roman Empire. The sculpture is housed at the Palazzo dei Conservatori in Rome.

But let’s get to the real reason we’re here: Which of our fine FEI-ranked heroes had the best shot getting their trusty steed over the iconic and slightly unsettling beast of Roman lore? Take a gander and vote in our poll below! What do you think JN? By most flair, best eq, friendliest tail flip – whatever your criteria may be, who jumped the She-Wolf best?