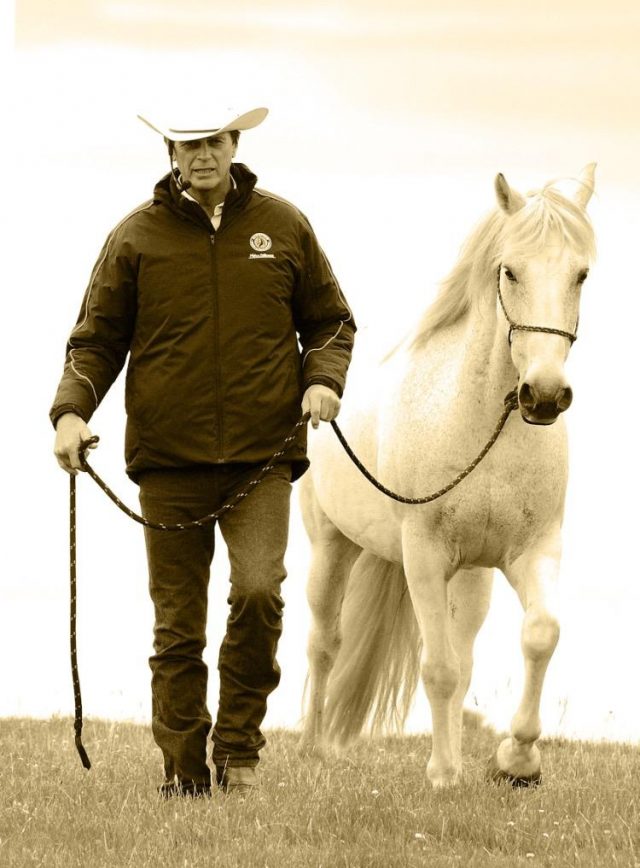 Candace Wade chats with the filmmaker and the star. 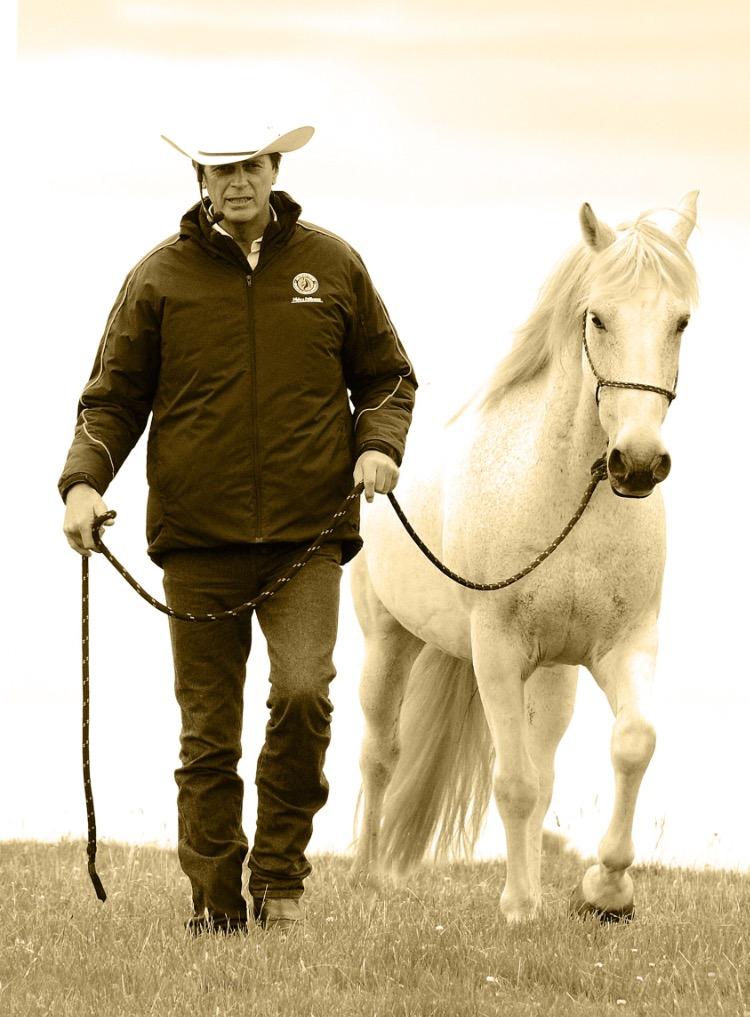 Steve Halfpenny is the author of Silversand Horsemanship Foundation Skills (#1 best-seller) and is #1 on Amazon for his book From the Horse’s Mouth. Steve is an Equitana Australia presenter, founder of Light Hands Equitation and the principal trainer for horses that come to the Silversand Centre to be started or retrained. Steve holds clinics in Australia, New Zealand, United Kingdom and Germany.

Elaine Heney is a #1 equestrian best-selling author of My Horse Riding Makeover: 10 Simple Equestrian Lessons, Habits and Exercises You Need to Know to Improve Your Horseback Riding Today (foreword by Steve Halfpenny) and Ozzie – The Story of a Young Horse. Elaine was the executive producer on Mark Rashid’s movie Out of the Wild. She accepted the Directors Choice Award for the film at the 2016 EQUUS Film Festival NYC.

A conversation with Elaine and Steve:

Elaine, what motivated you to make your own film?

E: Out of the Wild was my first involvement in the film industry. I became fascinated by the process of how Mark Rashid crafted his beautiful story — the nuts and bolts of the camera and tech equipment — and the vision of the director and cinematographer to bring the story to life. The idea of learning more about film production intrigued me. My friend Steve Halfpenny agreed to allow me to film a short documentary about his work.

How did you become associated with Steve?

E: I started riding horses when I was six. I’d always loved horses, but in my late teens I became a little disillusioned with the traditional horsemanship. Using force to ride a horse didn’t feel right to me. A friend recommended that I see an Australian trainer who visits England each summer. I flew over to London to watch Steve teach. Everything changed.

E: Steve has the greatest ability to offer the horse peace and relaxation. He is also able to pass his work on to his students in a very patient and supportive way. With his help, I have achieved more with my horsemanship than I ever thought possible.

Elaine, what “more” have you achieved with your horse from working with Steve?

E: I started with my Connemara pony, Oz. Oz didn’t trust me. He took over, was tense, nervous and fearful. I was patient, but Oz still seemed frustrated and bothered. He never seemed happy. Steve rode him. Minutes later, Steve was able to give me the direction I needed to help Oz. We went back to basics. One step at a walk — then relax. We helped Oz realize that I would go as slowly as he needed to feel confident and comfortable.

What role did horses play in the visual and emotional goals of your film?

E: I wanted to capture Steve’s connection with horses. The best way was to film him as he worked with the horses. I filmed Steve’s students to demonstrate that his approach isn’t just for him – a professional – it works for anyone who decides to become a better horseperson – regardless of experience, years of riding or type of horse. 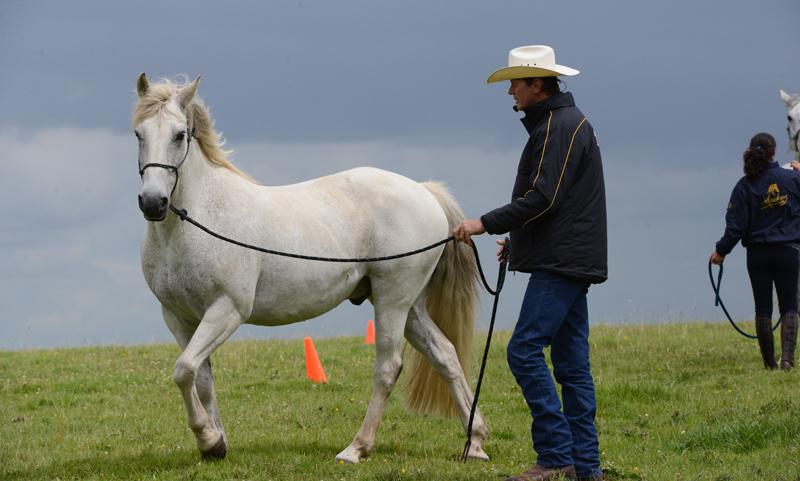 S: I only became interested in horses after meeting Irena, my wife. I eventually went on to become a success in western competition. However, the tipping point was after I attended a Natural Horsemanship course. Since then I have been developing my horsemanship skills and understand the importance of correct biomechanics. I have taught horse owners for over 20 years. I enjoy helping people develop true unity with their horses.

Why and how Elaine?

S: I am delighted Elaine chose me for her film. She is passionate about her horsemanship. Elaine understands what sort of message I would like to give to any viewer of this film.

What do you mean when you say Elaine is passionate about her horsemanship?

S: Elaine’s Oz used to be almost dangerous to be around. It takes true commitment and passion to stick at it when other people would just move the horse on. You really have to step up and control your emotions to help a horse like that.

Elaine, why is offering “peace and relaxation” to horses important?

E: With my Oz, the way to get through to his mind was to focus on relaxation. It was only with relaxation in his mind and body that we could focus on movement and unlock Oz’s potential.

S: I believe horses are always trying to feel safe. Trust is lacking between horse and rider if a horse is not totally relaxed and at peace. If you can learn to offer a horse real peace when it finds the answer to problem, it will search for answers (peace) and make teaching new things easy.

What do you two want viewers to learn from “Light Hands Equitation” documentary?

Elaine:  I wanted to show that another way of being with horses exists. This is the film that I needed to watch when I didn’t have a clear direction of how I could improve my riding without compromising my ethics.

Steve: The film shows the key messages that are needed in my horsemanship. The goal is a balanced horse gliding effortlessly with self-carriage — loose reins — and a mental connection to the rider. I would like the viewers to see that force and gadgets are not needed to get great results with a horse. Horses are always honest and react to how they perceive their situation. The responsibility of the human is to help the horse feel safe by communicating clearly and to foster a real partnership.

Give your horse a gift and study Elaine and Steve’s documentary. Then, go read their books. These two have convinced me that winning through intimidation isn’t winning – for you – or your horse. Wish them luck at the film festivals.