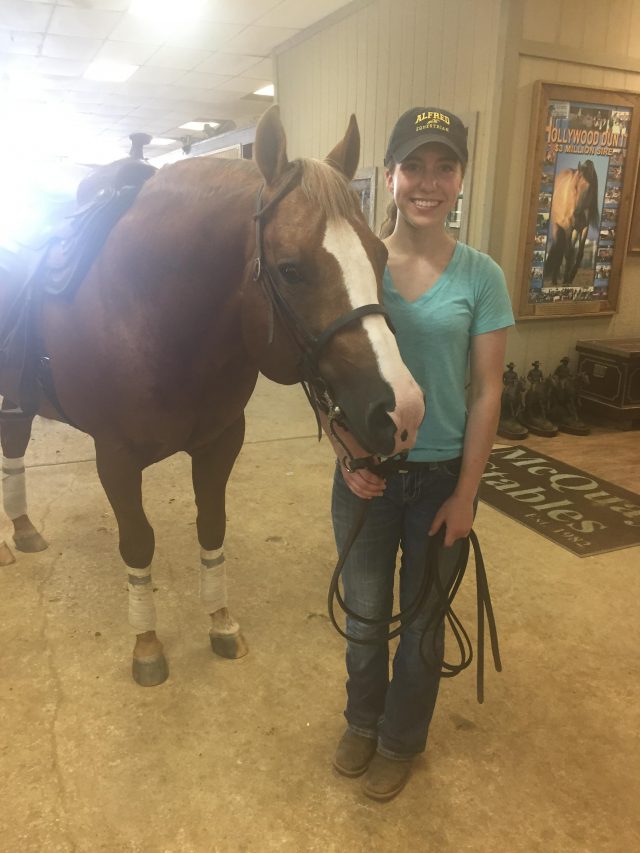 Haley’s back to school! 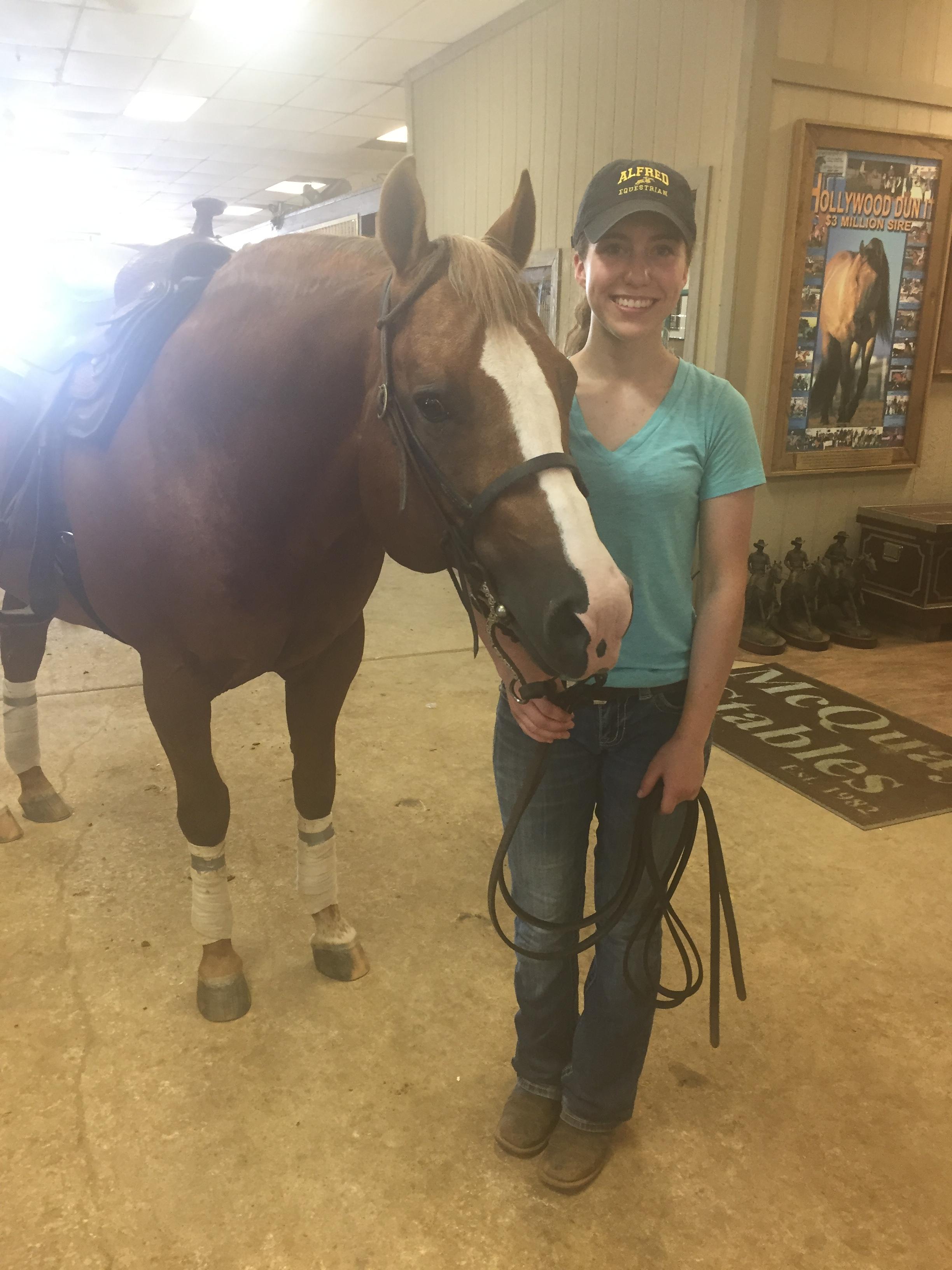 Haley and the one and only Yellow Jersey. Photo courtesy of Haley Ruffner.

Returning to Alfred University for my junior year feels surreal in comparison to my whirlwind summer. This school year, I return as co-captain of the Varsity Western IHSA team and am scheduled to compete in the AQHA World Show in November. For the first time in my college career, I plan to dig out my breeches and tall boots, brush the dust off my show helmet, and try out for the hunt seat team. My eighteen credits’ worth of classes look much less daunting when I consider that four of those hours are spent at the barn riding in Intro to Reining and English II. I also return to school as a writer published in the Quarter Horse Journal, for which I wrote an article detailing my experience as a collegiate equestrian.

Over the summer, I had the opportunity to apprentice with Tim McQuay for a week and a half, an experience that offered me insight into the reining industry, and one for which I will be eternally grateful. If anyone had told me a year ago that I would have the chance to ride Yellow Jersey and Custom Made Gun, I would have called them crazy. The McQuays’ generosity allowed me to gain experience that I never would have imagined possible for a rider of my financial status, knowledge, and age (and a new appreciation for how hot it really is in Texas).

Shortly after arriving home, I showed one of Alfred’s recently-donated school horses, Sunny, in a green class at a local reining show. After executing an ungraceful jump-rear during our first set of spins (entirely my fault—sorry, Sunny) and losing a shoe mid-stop on the first day, we pulled through for a better pattern on the second day with fewer shenanigans.

With my own horses, nine-year-old Cricket and yearling Slide, I did lots of trail riding, with Cricket blazing a trail mostly of his own choosing and dragging his little brother along with him while I sat, along for the ride, catching spider webs on the brim of my helmet. In the spring, Slide will come to Alfred to participate in an independent-study horse-breaking class with my coach, Harry Hurd, to continue light groundwork and give him a solid foundation to prepare him for riding. 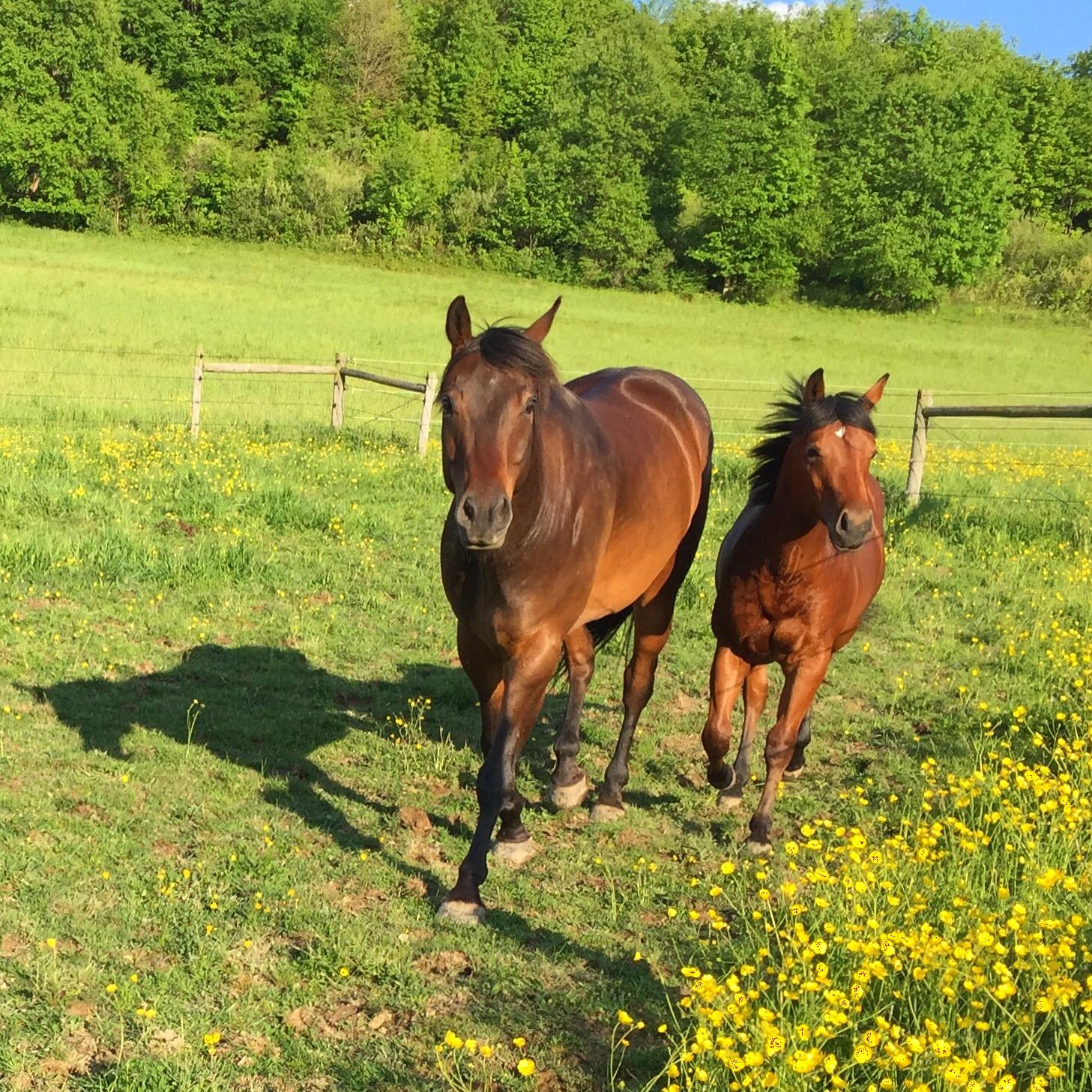