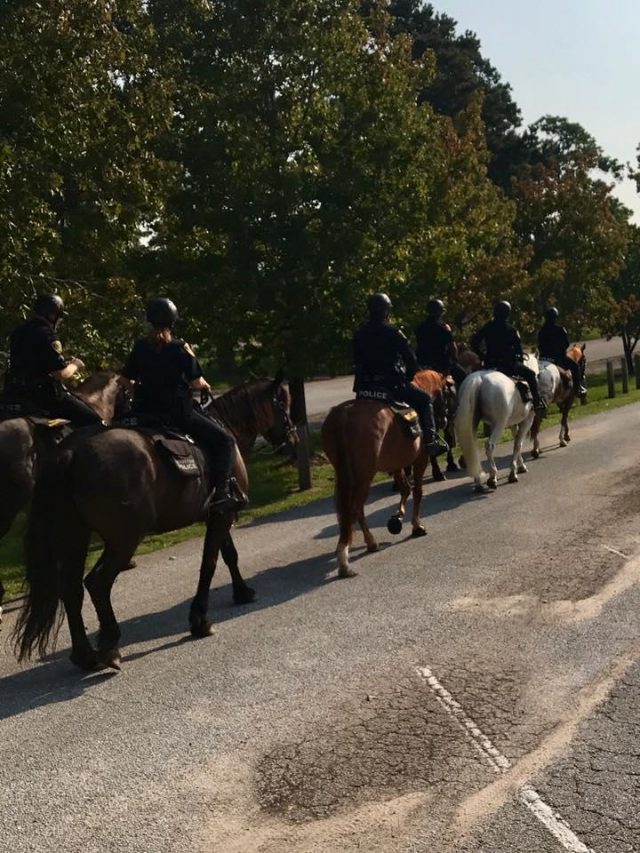 Houston’s police horses have returned to the streets! 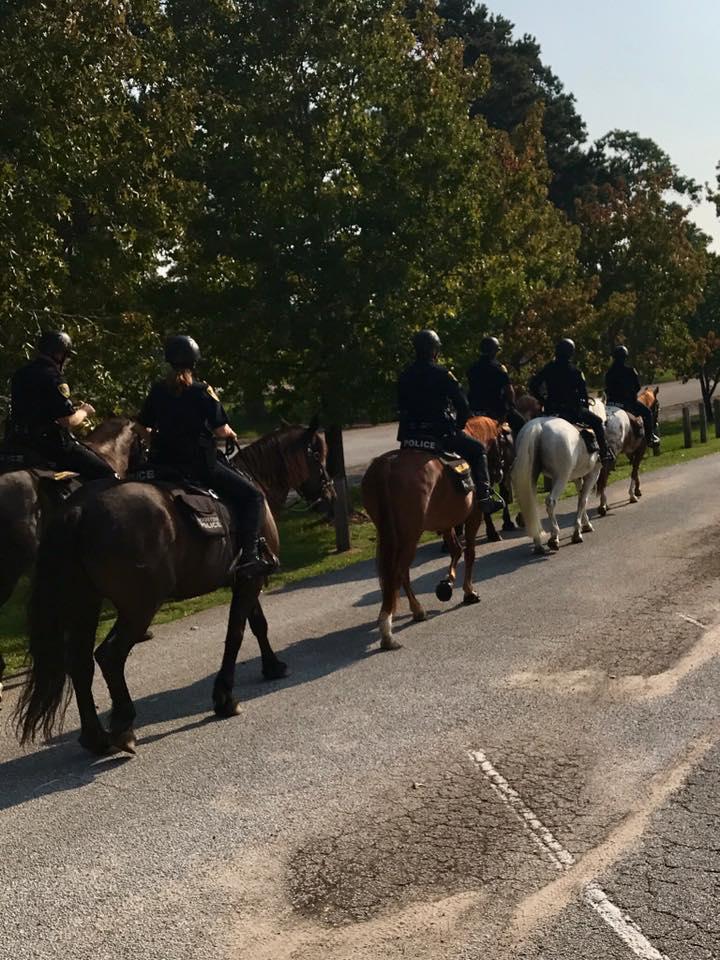 While “normal” might be an elusive quality along the Texas coastline for months and perhaps even years in the aftermath of devastating Hurricane Harvey, certain aspects of life in Houston are starting to return to a recognizable state. The Houston Mounted Patrol returned to its home base on Friday, September 1 after evacuating to College Station on August 25 and mounted patrols resumed on Monday, September 4 to help the city clean up and get back on its feet.

Harvey left its mark on Houston and fifty counties in southeast and lower central Texas, dumping over 50 inches of rain in some areas when the storm stalled out over the Gulf Coast. Some refer to the storm as “500-year flood,” creating historic conditions that far exceeded expectations and predictions. The two-legged members of the Houston Mounted Patrol remained on the scene in the city, rescuing individuals in need; the 35 equine members of the patrol evacuated to College Station to wait out the storm with Parsons Mounted Cavalry.

" Wagons ho!!! That's what we say in Texas. Looks like we are headed to Texas A&M today. We are all packed and ready…

When the horses returned to Houston on September 1, it was to find their human partners waiting with clean, dry stalls and open arms. The horses reportedly enjoyed baths and some bonding time with their human counterparts as they settled back in after the storm.

" WE ARE HOME!! Our partners were there to meet us when we arrived. We went straight to our stalls to find clean bedding and fresh water buckets. Everyone had a bath and spent some much needed time with our partners. A HUGE THANK YOU TO PARSONS MOUNTED CAVALRY. They provided a safe place for us during Harvey. There is no place like home. HOUSTON STRONG!!

As of Monday, September 4, the horses were back on the beat, serving as peacekeeping officers while also providing what we’re sure is a huge morale boost to the people of Houston.

" We are thrilled to be out patrolling in Houston !!! Our city is strong because of the great people who live here. Look for us in the Meyerland area and Memorial Park today." Smash #Houstonstrong

Fans can follow the Houston Mounted Patrol through a Facebook page “operated” by Smash, a deaf Paint horse who is part of the unit.