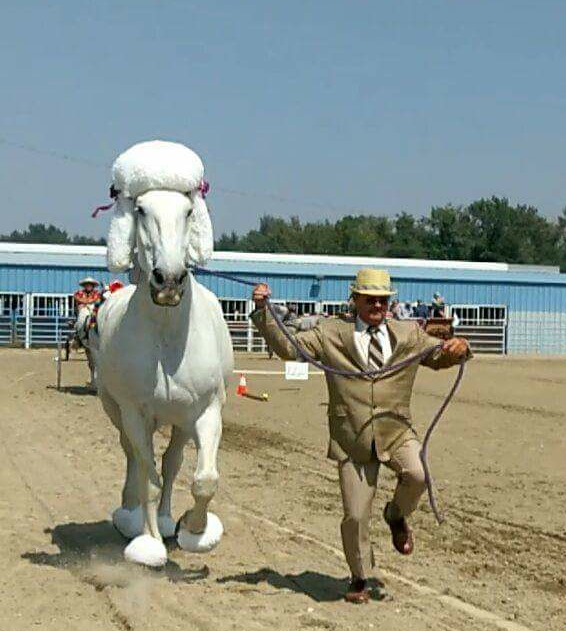 I get it, they’re hypoallergenic, but COME ON.

You guys. Stop. STAHHHHHP. Everywhere I turn, someone is sporting a labradoodle, an aussiedoodle, a goldendoodle, or a schnoodle. (That’s a schnauzer crossed with a poodle. Srsly.)

But I think we’ve officially taken it one step too far when we started crossing heavy draft horses with poodles. This is just wrong.

Or, you know, this is the most hilariously genius costume class entry I’ve ever seen. The longer I look, the harder I laugh.

Per the author of the post on Facebook, Lisa Boggs, Jim Boggs is showing the fine specimen “Bart” in the costume class at the Western Idaho Fair, and it was apparently quite a hit. Moreover, those smart poodle qualities were really on display since, as Lisa says, “You know that Bart is dog gentle since the only thing holding him is a plastic belt from Walmart.”

Well played, Team Bart! This sure makes me excited for costume season just around the corner!