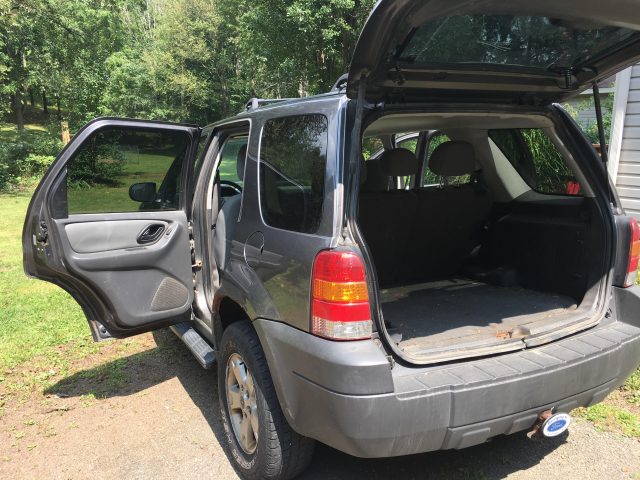 New car, you have big tires to fill. 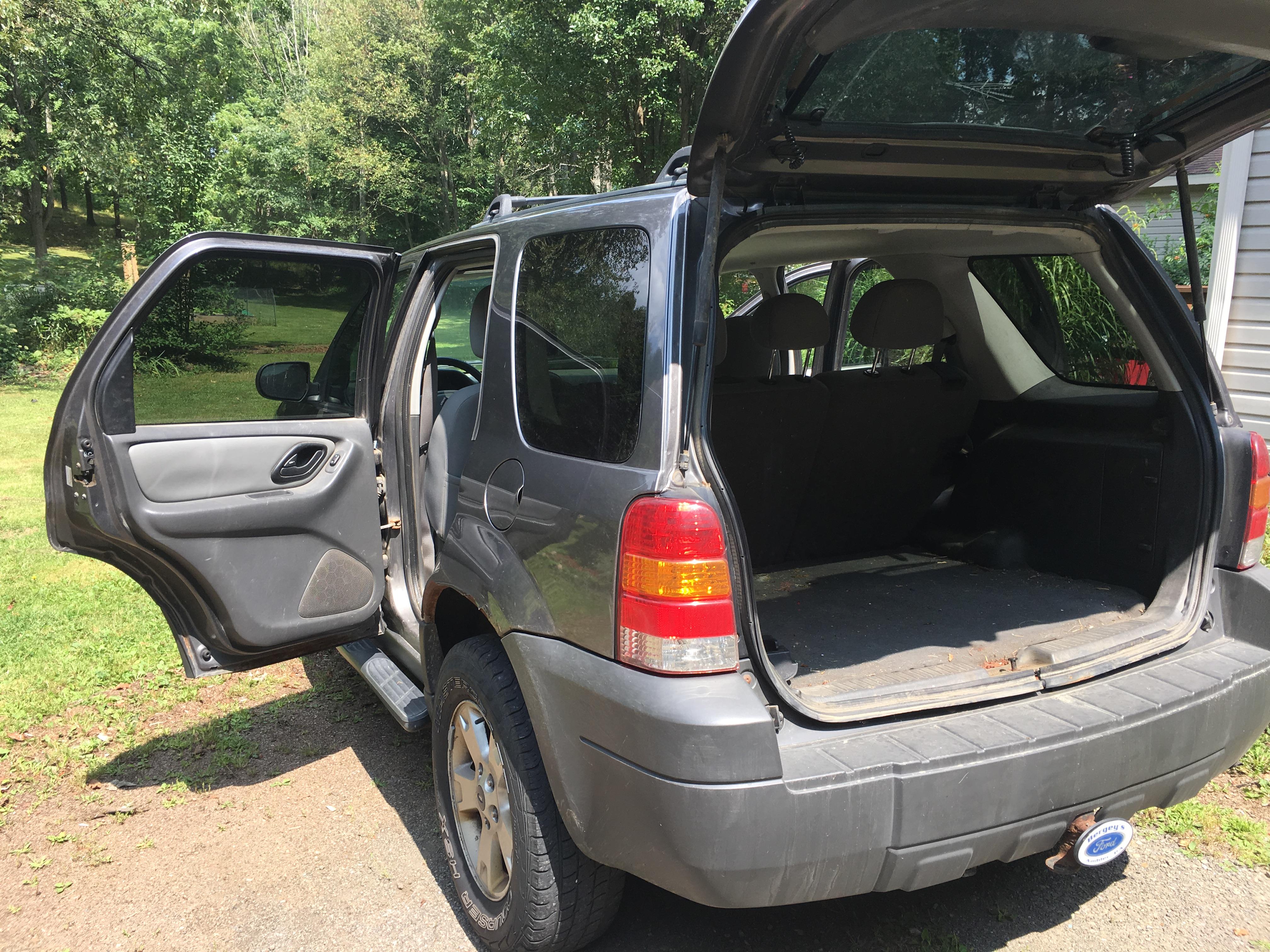 Rusty, filthy, gone but not forgotten. Photo by Kristen Kovatch.

We had a good run, Barn Car.

In typical distracted equestrian fashion, I don’t remember how many miles you had on you when we first met. I imagine that the first time I turned the key, you had that new-car smell, the seats were bright and tidy, the dash gleamed and your exterior was rust-free. That was probably the last time you were in that like-new condition, but I wanted to make you my own.

Inside of a year I noticed that you had accumulated that fine patina of arena dust and horsehair and hay chaff in every nook and cranny that gave you that unique aroma: Barn Car. It was a homey smell, certainly made better on chilly mornings when your heater finally warmed up on the way up the big hill to the barn and cooked that blend of horsey detritus into a cozy stable smell. Less than a year it took to fill you up with spare boots, a broken halter, equine pharmaceuticals that would have been fun to explain had we ever been pulled over, supplement containers, lots of dog hair, wadded-up towels discarded after a few futile attempts to prevent said dog hair from sticking to the seats.

You were a trusty car, even for the two long years we lived on the dirt road, zipping nimbly between potholes and plowing relentlessly through sleet and rain and snow even on the days that our hardy barn had to cancel lessons due to weather. You would never let the horses down by failing to deliver me safely to the barn even in the worst winter conditions. So what if maybe the constant splashing over salt-encrusted slushy roads hastened your rusty demise? Horses needed to eat.

I folded down the back row of seats so I could treat you like a mini-truck, loading the back with tack or sacks of grain, several hundred pounds of salt blocks and on that one memorable occasion a large dog crate containing two unhappy goats. You were a multi-disciplined Barn Car; you did not discriminate between which particular farm we were tending that day. (I was glad that the night I spent in a sleeping bag angled uncomfortably across the back after nearly 24 hours of travel to the deep woods of Maine with a canoe strapped to the top was several months before the goat episode.)

Even on the last day, I honored your life as a rolling tack room as I cleaned you out for the last time, Barn Car. On the driveway sat an old SmartPak sample that had rolled under a seat, a pair of paddock boots I had given up for lost, a dressage whip, two empty containers of supplements, a can of hoof oil. Out of the seat pocket I fished out an old schooling list from my first equestrian job, smiling to look at the names of horses and riders long since moved on.

I may have traded you in, Barn Car, but the miles and miles I rolled onto your odometer represent more than just physical distance traveled — it’s years of horse life, multiple barns, countless lessons taught, hundreds of horses ridden, dozens of horse show classes judged. The dirt and the grime and the rust stood for more than just years of use, but lessons learned and memories made and all the horses and people that made those things possible.

Cherish thy Barn Cars, Horse Nation. They help make us who we are.