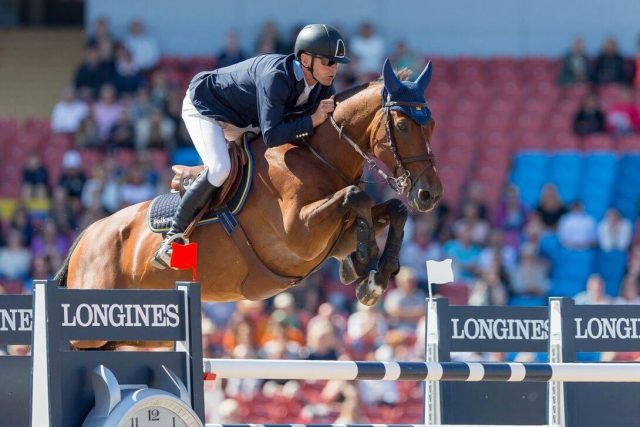 We mean that “magical Nordic gnome” thing in the most complimentary way possible. Take it away, Jumper Nation.

I love Peder Fredricson. He’s like something from a weird, fabulous, Swedish folktale that only appears under certain auspicious circumstances, causes a little mischief, and then retreats back into the charming Nordic forest from which he appeared.

In celebration of being on his home soil this week for the FEI European Championships (where he’s already won the first class and snagged €15,000 doing it), here’s a few things we love about our handsome show jumping imp from the North.

Just watched a 40 year old Swedish man win gold for an equestrian event and dab when he got on the podium. Please tell me what's going on

The dab isn’t dead yet, as proved by — you guessed it — a Swedish equestrian https://t.co/0aHrblckUL pic.twitter.com/crO6HramK2

The dab is dead now, thanks to — you guessed it — a Swedish equestrian #FTFY https://t.co/tzXS7byurv

There’s plenty more to love about Peder, so be sure to give him a follow on Instagram, and keep an eye out for continued success at this week’s European Championships!