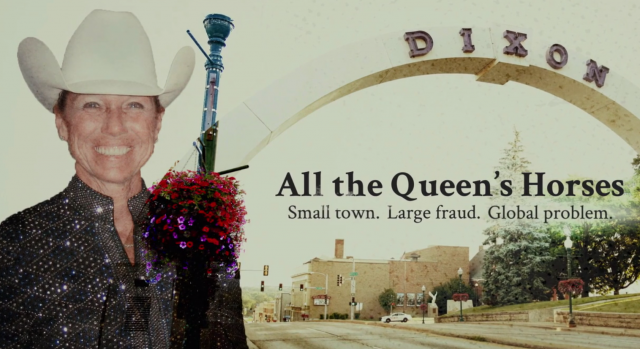 In April of 2012, Rita Crundwell, breeder and owner of dozens of AQHA champions, was charged with embezzlement after she stole over $50 million from the small town of Dixon, Illinois. The story is the subject of a new documentary. 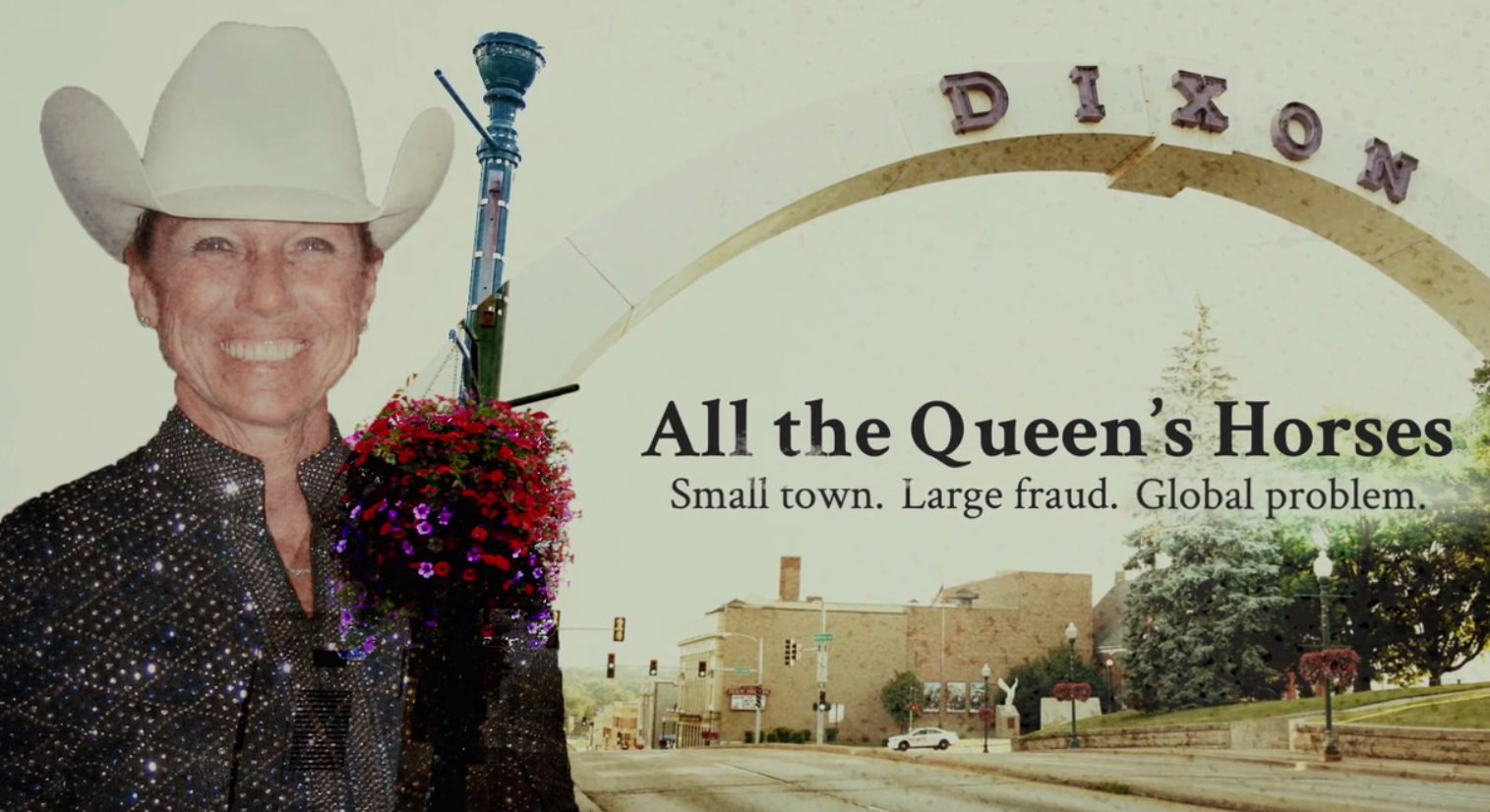 On April 17, 2012, Rita Crundwell was arrested and charged with embezzlement, having stolen $53 million from the city of Dixon, Illinois over the course of 22 years. Crundwell was the comptroller of Dixon at the time, and by most reports, was an upstanding public servant and trusted by the citizens of Dixon as well as by auditors and her peers in city government. Crundwell used her embezzled money to fund her champion Quarter horse breeding program and a lavish lifestyle, including a $2 million luxury motorhome and jewels.

All the Queen’s Horses is an upcoming documentary by Kartemquin Films tracing Crundwell’s fraud and betrayal of trust of Dixon, Illinois:

We spoke with director Kelly Richmond Pope to learn more about the film.

Who is the target audience for this film — horse people, specifically?

Any taxpayer. There’s a horse and equestrian theme to the film, since Rita’s life was so wrapped up in horses, but first she was a public servant responsible for taxpayer dollars.

What is it about Rita’s story that makes this such an important subject?

All of us have a Rita in our lives — not someone who steals your money, maybe, but someone that you trust. When Rita said something, you trusted her. She was absolutely meticulous and very good at her job. In accounting, once you’re identified as being good at this job, people generally are going to leave you alone, and that’s how she was able to do what she did — despite some red flags that no one investigated.

Does the horse world, specifically the AQHA world, feature prominently in the film since that’s where a lot of her money was going?

I spent a long time reaching out to individuals through a variety of means — but the horse community did not want to talk about this. The message I received from the horse world was basically, “she was a disgrace, and we don’t want to talk about her.” There’s plenty of equestrian material in the film, but there’s only one person from the horse world who speaks out. It might be because while people find the story interesting, they don’t want to call more attention to it — they don’t want to be ostracized for speaking out.

What kind of impression is the film going to leave on the average viewer about the horse world? Rita’s lifestyle was certainly far from the average horse person.

The viewer is going to walk away understanding that Rita, and her lavish lifestyle, was definitely an outlier. We spoke with the FBI and the Marshals about the average life of a horse owner — we just couldn’t speak with any actual horse owners and get their perspective. The takeaway message for viewers is that if you see a red flag, such as this kind of lifestyle that doesn’t make sense, you should say something. You should investigate. A lot of people just didn’t say anything, and that’s one of the reasons this was able to go on for so long.

Rita’s worlds didn’t communicate — there was no overlap. It was easy for her to go and be queen of the horse show, and then also be a civil servant nine to five. She kept up this facade for so long that no one asked any questions.

This film will answer some of the questions raised by the horse world, and show people that this can happen anywhere. I think this film will be appealing to horse people.

Was there anything you learned about Rita that surprised you or left a strong impression?

I was surprised by how open she lived, how overt she was with her behavior. It was lifestyle fraud. If she had been a little bit more discreet, it’s possible she would have gotten away with it.

I don’t want people to think “well, we caught Rita, all the bad is gone.” The response in the town was “back to business as usual.” There are a lot of factors still at play. We have to do more than just get rid of one bad apple — there’s been no attention placed on how this happened, and I think that’s really important for all viewers to realize. It’s not over.

All the Queen’s Horses is slated for DVD and on-demand release in early 2018. You can catch the documentary at the following film festivals:

More festivals will be added for the fall as schedules release.

Learn more about All the Queen’s Horses at the documentary’s website.