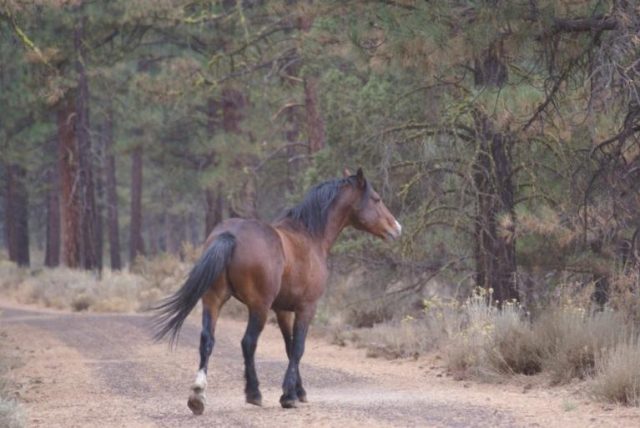 Wild horses won a big victory in court earlier this month. Our partner site Women of Age Riding Horses brings us the details. 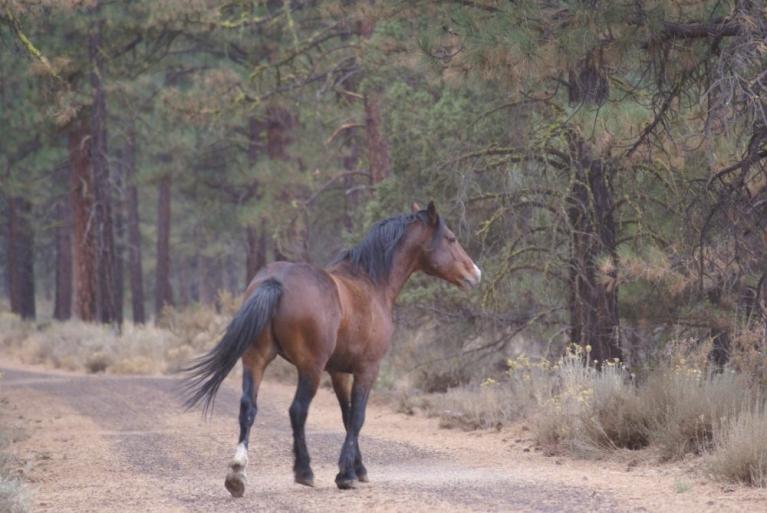 On August 4, 2017 the U.S. Circuit Court of Appeals for the District of Columbia ordered the U.S. Forest Service to restore 23,000 acres for wild horse preservation in California.

The land connected two existing protected horse territories creating a large area, approximately 246,000 acres, the Devil’s Garden Plateau Wild Horse Territory in the Modoc National Forest. At issue, the Forest Service’s claim that 23,000 acres was designated as a protected area by mistake in the 1980s. The agency was in the process of correcting the boundaries when the issue was put forth to the judicial system for ruling. The Forest Service claimed that removing the land was not a change in policy but rather fixing the boundaries as was the original intent.

The court denied this explanation stating that decades of history and practice can’t be swept away by calling it a mistake.

The Forest Service, an arm of the U.S. Department of Agriculture, must retain the territory to its protected status for the wild horse population. The service must follow established protocol in considering a status change for the land which includes an impact study to determine how a change would affect the horse population and environment. Meanwhile, this multi-use public land will remain a protected area for wild horses.

Wild horses have lived on the Devil’s Garden Plateau for more than 140 years. Many early horses escaped from settlers or were released when their usefulness as domestic animals ended. The horses are descendants of light draft and quarter horses. People familiar with the herds remark on the physical consistency between members – sturdy build and bay coloration.

Private round ups ended with the passage of the 1971 Wild Horse and Burro Act (PL 92-195). In 1974 the Forest Service took over management of the herd as outlined in the Devil’s Garden Plateau Wild Horse Territory Management Plan which established an appropriate management level of a maximum of 402 horses for the area.

In February 2016, a double count survey estimated 2246 total adult horses within the territory boundaries, nearly eight times the designated carrying capacity. In September, the Forest Service organized the first wild horse round up in more than 10 years gathering approximately 300 of the youngest, most adoptable horses.

Horses 10 years and older were returned to the Wild Horse Territory to live out their days including 88 stallions. 24 older mares are currently being held awaiting PZP22 injections, they too will then be returned to the territory.

Remaining are 57 horses age 1-5 (39 mares and 18 geldings), 133 horses age 6-10 and 62 foals to be adopted once they are weaned. The first foals will be weaned within days of this posting. Mares with foals are adopted as one horse. The horses are being held at the Bureau of Land Management’s Litchfield facility in California.

46 horses have been adopted to new families while another 31 are in gentling training with volunteers through the Forest’s Service MODOC Mustang Training Program (MMT) which is similar to the successful Mustang Heritage TIP Program. Volunteers work with the wild horses handling them so they lead, pick up their feet and load onto a trailer before they are adopted into permanent homes.

“We are trying to find a balance between the wild horses, land and people,” said Ken Sandusky, Public Affairs Officer/Tribal Liaison, Forest Service. “We don’t consider these horses a blight. We honor these horses and accept the responsibility of managing their welfare as well as that of the land and the people of Modoc County.”

The Forest Service adoption rate exceeds the percentage of horses adopted through the BLM. Helpful are two active Facebook accounts run by volunteers familiar with the heritage and character of the herd. News and procedural FAQs are posted as well as features promoting the virtues of this herd and individuals awaiting adoption. Adoption fees are the same rate as BLM horses, $125, which includes the horses gentled through the MMT program.

Horses gathered last fall are being held at Litchfield BLM holding facility in California awaiting adoption. There are no immediate plans to gather additional horses but the law requires active management of the population.

The Forest Service manages several wild horse herds across the country though the herd at the Devil’s Garden Plateau Wild Horse Territory is certainly its largest.

“Managing the nation’s resources with respect toward multiple uses is a huge responsibility and these horses are a contributing element to the landscape,” explained Sandusky. “Just one more reason for Americans to connect with their national forest.”

Additionally, the Forest Service is planning for a short-term holding coral for gathered horses at the Devil’s Garden Plateau Wild Horse Territory. The facility will house gathered horses in a familiar environment while they await adoption. A timeline for development has not yet been publicized.

Get Lucky This Weekend 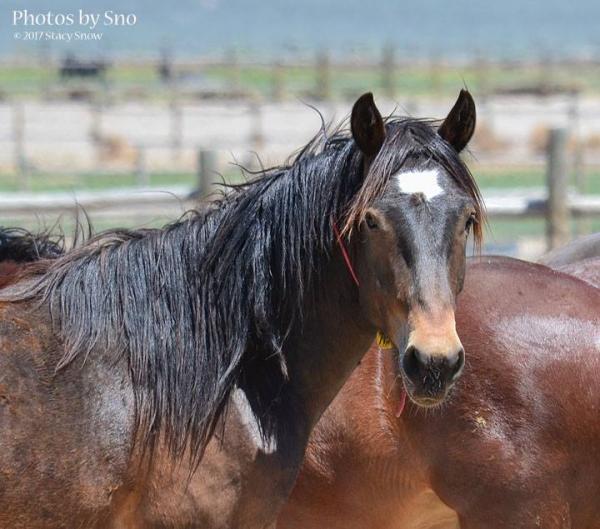 This Saturday volunteer trainer, Coni Lehr, will be giving demonstrations with Lucky, a 3-year-old gelding in the MMT program. They will be at the Modoc District Fair in Cedarville, California on August 19 and 20 showing the public Devil’s Garden Horses’ versatility and willingness to learn.

If you are interested in adopting a horse from the Devil’s Garden Plateau herd, you may also call the Litchfield Coral at 530-254-6575.