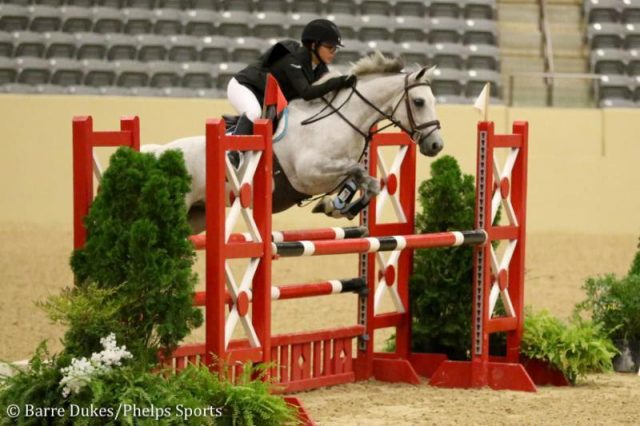 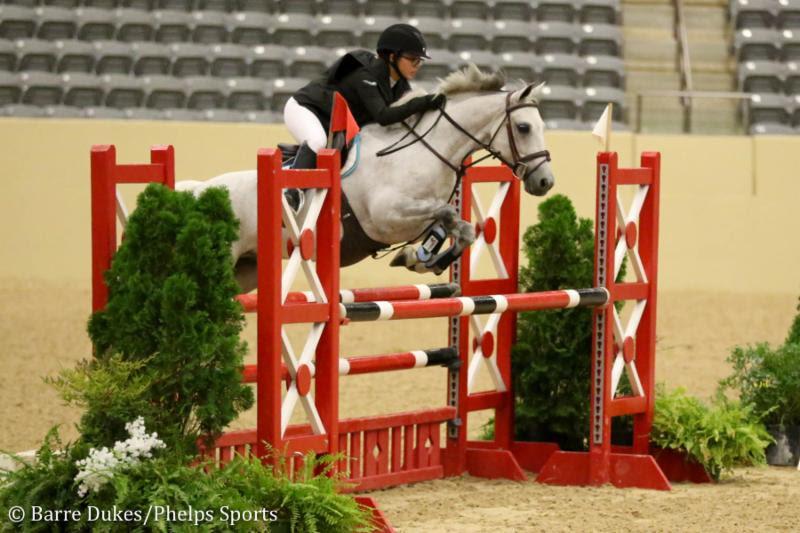 With just one rail in hand over her nearest competitor — close friend Avery Kim on Jo-el — Tabitha Okitsu knew she had to ride clear to earn the USEF Pony Jumper Championship at the 2017 USEF Pony Finals in Lexington, Kentucky. She and “Spoot” had already ridden two clear rounds in previous days of competition, but as we all know in horse showing, fates can change in mere seconds.

Laying down a balanced round however, with all 15 jumps left standing, earned Okitsu and Spoot De La Jourlais the coveted championship title. Okitsu and Spoot’s clear final round is a beautiful demonstration of their partnership as well as horsemanship, rather than the speed-speed-speed one might expect to see in pony jumpers.

"It felt so good. I don't know how to describe it, it was like we were flying." Tabitha Okitsu & Spoot De La Jourlais of USHJA Zone 10 jumped 4️⃣ clear rounds over 3️⃣ days to take the ???? in the Individual Jumper Pony Final at USEF Pony Finals presented by Collecting Gaits Farm. Her classmate and close friend Avery Kim took Silver aboard Jo-el. Watch all of #PonyFinals: https://www.usef.org/network/coverage/2017ponyfinals/

Okitsu’s good friend Avery Kim finished in the silver medal position, and both riders contributed to Zone 10’s team win in the Pony Jumper National Championships as well. We’d like to think that will be one happy trip back to California!