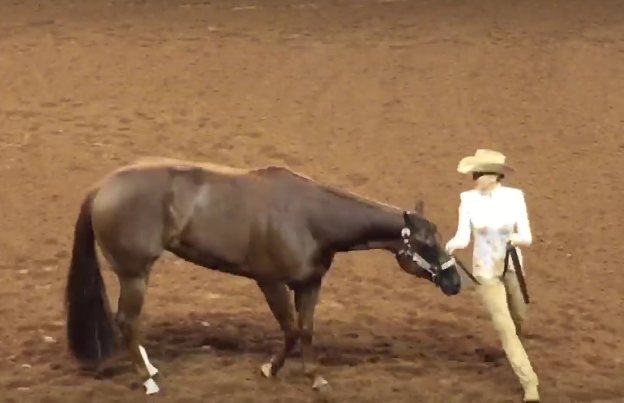 Ten-year-old me always wondered what perfect showmanship looks like. NOW I KNOW AND I’M CRYING.

Did you do 4-H as a kid? I did. And in my rural county, there were two kinds of 4-H kids: kids who had to do the judged events so that their mom/dad/grandma would let them barrel race, and kids who practiced showmanship until their curb chain was rusty because it was the one event you had a shot at winning.

I’ll admit it and say that I was the geeky kid on a slow-poke darling of a quarter horse who was lucky to finish barrels in less than a minute who spent a lot of my summer teaching the old gal how to pivot on one foot. She was a real trooper. I was pretty good at knowing when to cross (even in the big scary lineup) and my horse always jogged at my shoulder. I think I might even have a third place trophy around here in a box somewhere to prove it. 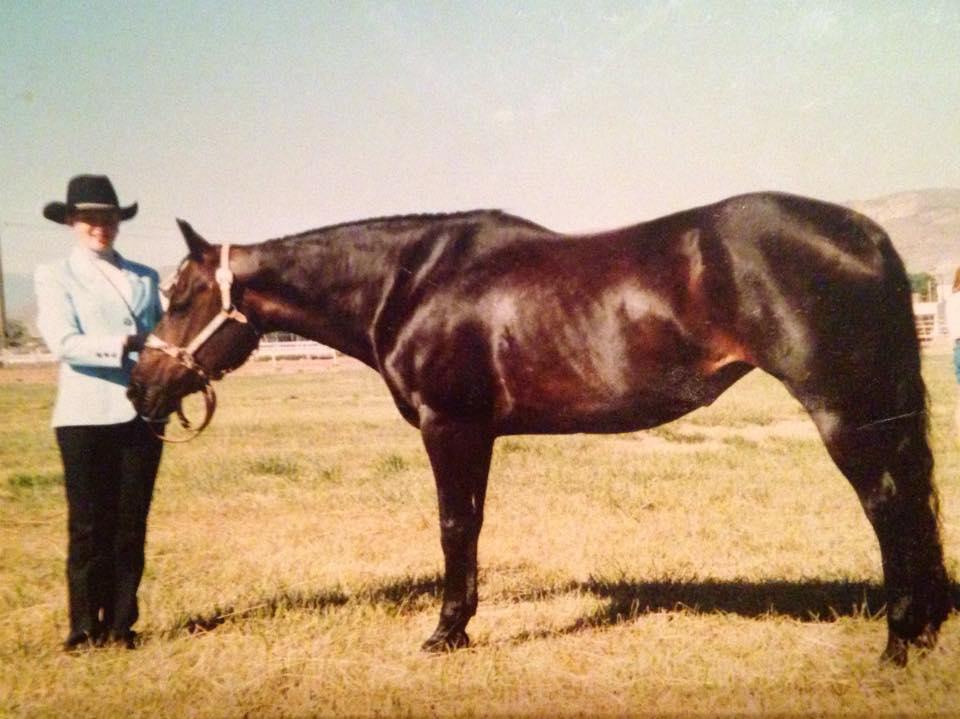 Might have squared her up just a tad wide, there, Jackson. Photo by Sharron Evans

But when I went to AQHA Worlds a few years ago and saw the kids doing their magic in person with their half-a-million dollar halter horses, DANG, GURRRL. They could really square a horse up.

So without further ado, for those of you who have a showmanship problem that you just can’t quit, I present this ridiculously flawless performance by Mallory Vroegh and six-year-old mare Krymsun Belle. The two won the AQHA Youth World title in Showmanship on Tuesday in magnificent style:

Want to see what it takes to win the #FordYouthWorld in Showmanship? Here's the video of Mallory Vroegh's beautiful Showmanship Winning Run. Congratulations!!! ????????????#GoDigital #GoHorseShowIsEverywhere

Posted by GoHorseShow.com on Tuesday, August 8, 2017