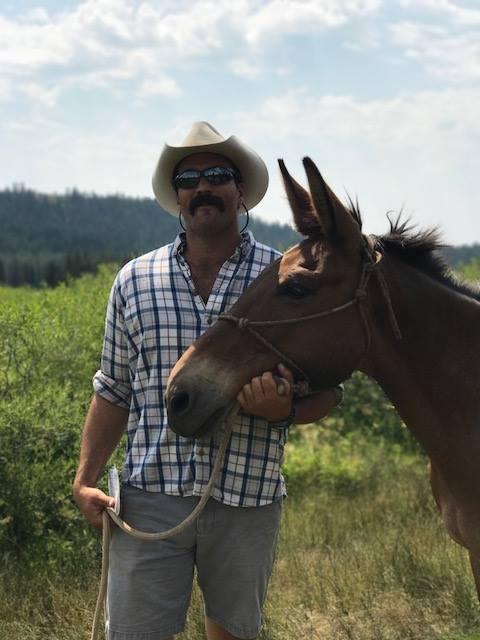 The Tevis Cup is regarded as the toughest challenge in American endurance racing — a 100-mile marathon over rugged California mountain terrain to be completed in 24 hours. The Tevis buckle, awarded to all those who finish within the 24-hour window with horses deemed fit and healthy to continue, is one of the most highly sought-after awards in the sport. The 2017 edition of the Tevis Cup, also called the Western States Trail Ride, saw Tennessee Lane and Auli Farwa take the win and Jeremy Reynolds and Treasured Moments win the Haggin Cup (awarded to the pair displaying excellent horsemanship and the best horse condition).

One buckle winner’s story deserves to be told: Brian Reome and his mule Hondo.

According to reports, Brian assisted in two rescues along the trail during the race: first, he helped bring a horse back up to the trail who had fallen over the edge of a ledge (the horse was scraped up, but otherwise uninjured!)

Later in the ridge, Brian came upon a rider who had been thrown off her horse and fallen about 20 feet down an embankment. Sacrificing his own chance at a ride completion, Brian tied up his mule, helped the rider back onto the trail and then carried her on the mule while another rider ponied her horse to a checkpoint.

Ride management graciously awarded Brian an extra half-hour for all subsequent checkpoints, and between that time allowance and his own hustle with Hondo, the pair finished around 5 AM and earned their completion buckle.

We at Horse Nation salute Brian for his horsemanship and sportsmanship displayed during the Tevis Cup!