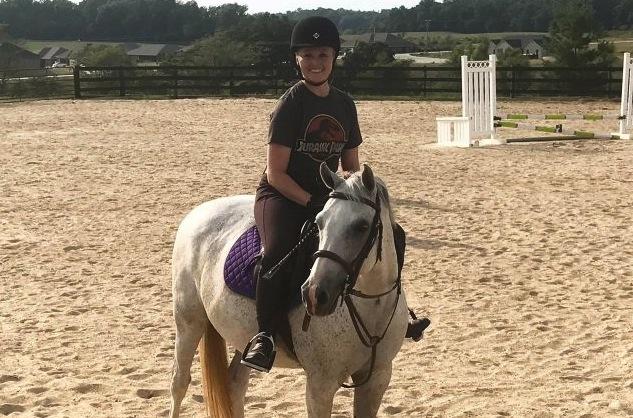 USEF Pony Finals is taking place this week! But why should the kids have all the fun?

Hello, my name is Meagan. I am a 25 year old who looks proportionate on ponies and I want a Pony Finals class for the “vertically challenged” adult rider.

My whole young adult life I have been a test dummy for peculiar ponies and their persnickety ways. In intercollegiate competition, I was the only rider on our team who was under height/weight and drew a pony in every single class of my career except for three. At the barn, if there is not a young rider brave enough to try out a new arrival, on I go to see how safe and sound the little monster really is. When a pony acts up, I tend to be the sacrifice as my coach asks me to hop off of my 17-hand behemoth and onto the little 13-hand (sometimes smaller) torture device that is a naughty pony.

(Of course, not all ponies are bad. In fact, many of my favorite rides in the past have been on ponies and a truly good pony is one in a million.) 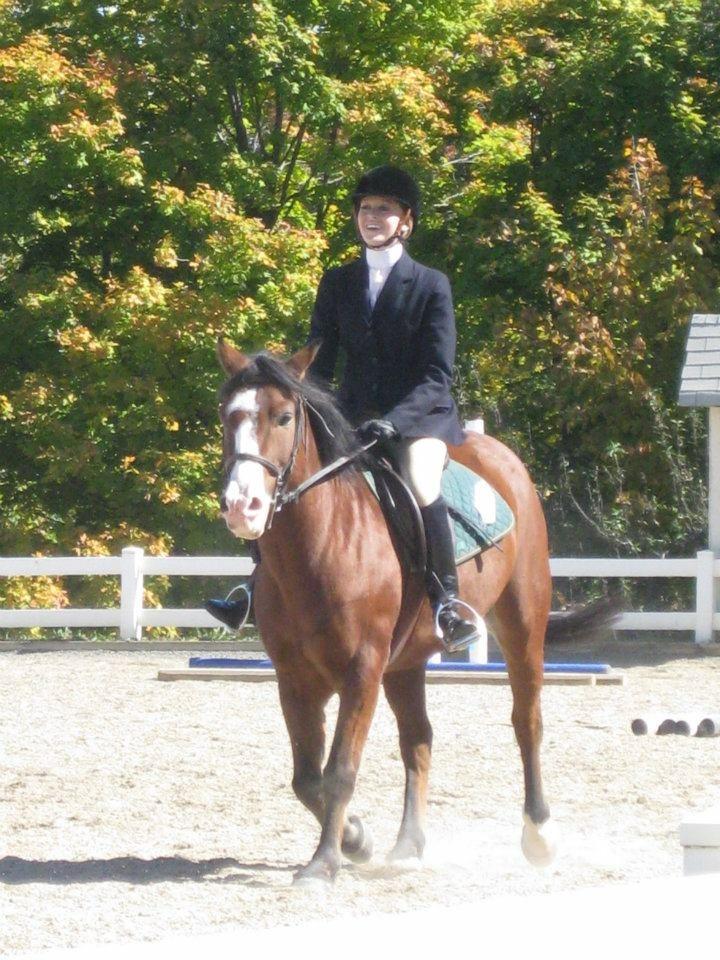 Riding an adorable and very well mannered pony during my earlier IHSA years. This handsome fella was my 2nd ever draw in IHSA and was very tolerant despite my nerves and me singing Ke$ha songs under my breath…. Photo by Kristie Miller

That being said, I think it is time that we shorter-statured adults are given the opportunity to show off our skills as dignified pony jockeys. I can imagine the awards now…

The Pony Stop and Pop Award: awarded to the best rider who stayed on during a dirty stop and demonstrated the best use of their crop to encourage the little booger to hop on over the fence in question.

Heels Down into the Dirt Award: The winner of this title will have the best ability to demonstrate a beautiful heel position without dragging their boots into the footing. 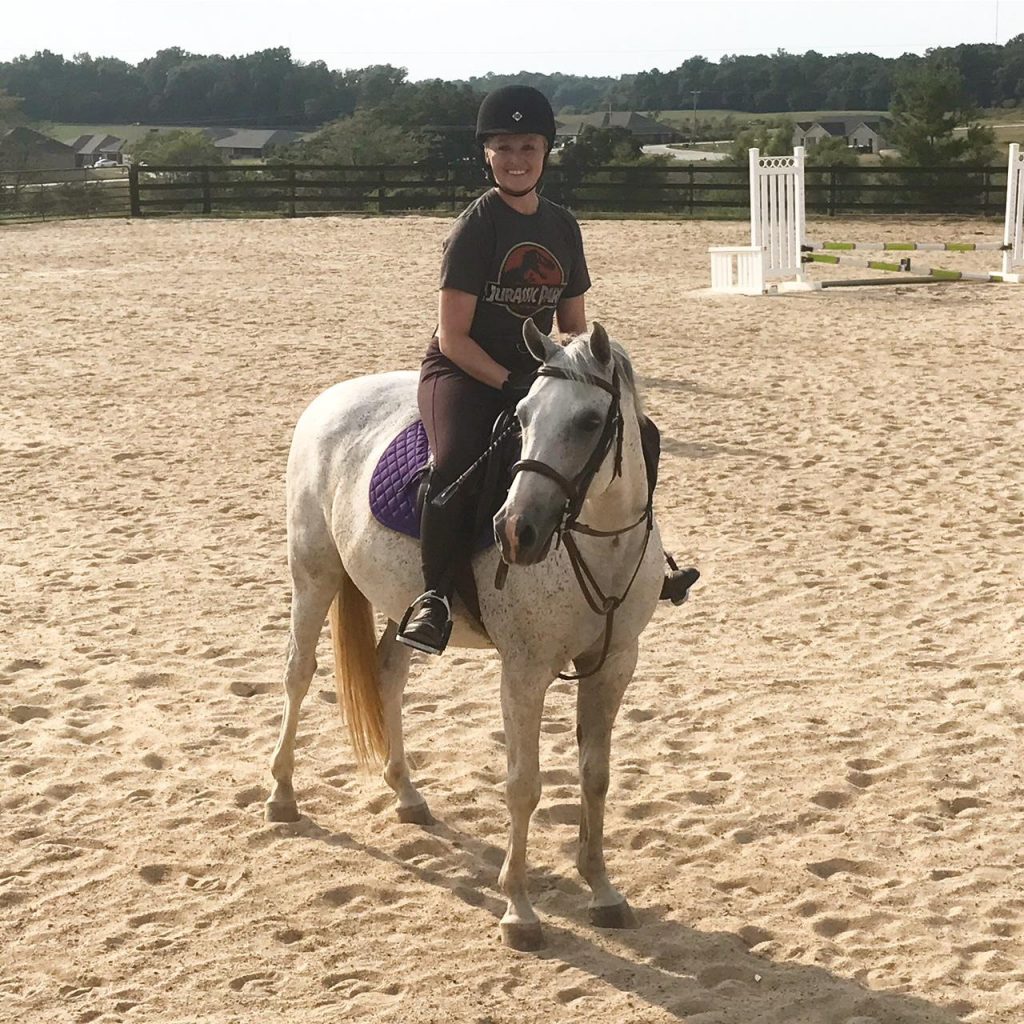 This handsome fella is Code Blue, AKA Cody. While Joey is still in recovery, Cody is my new best friend. Going from a skinny 17H OTTB to a wide barreled pony has been quite the change. Photo by Meghan Glenn

The “Stop That” Award: Given to the rider who shows the best horsemanship in the middle of a pony temper tantrum and is best able to encourage the pony to go forward despite the meltdown. Bonus points for the amount of grit in their voice as they tell the pony to “stop that.”

Teeny Tiny Teeter Totter Award: The smaller the pony, the more you look like a teeter totter riding in a half seat around the ring. This award is given to the rider who most looks like they will just totter right off the pony, but does not.

The SQUEEEEE Award: Okay, so this one may not have as much to do with the rider as it does the pony, but this title will be awarded to the pair that gets the most amount of “squeees” of adoration when they enter the ring.

The More Leg Award: While we may have grown accustomed to the larger strides of normal sized horses, we will never quite get the feel for the fast leggedness of the ponies. This award goes to the rider who never gives up despite being on a poky pony and their coaches continuous ringside reminders to add more leg. 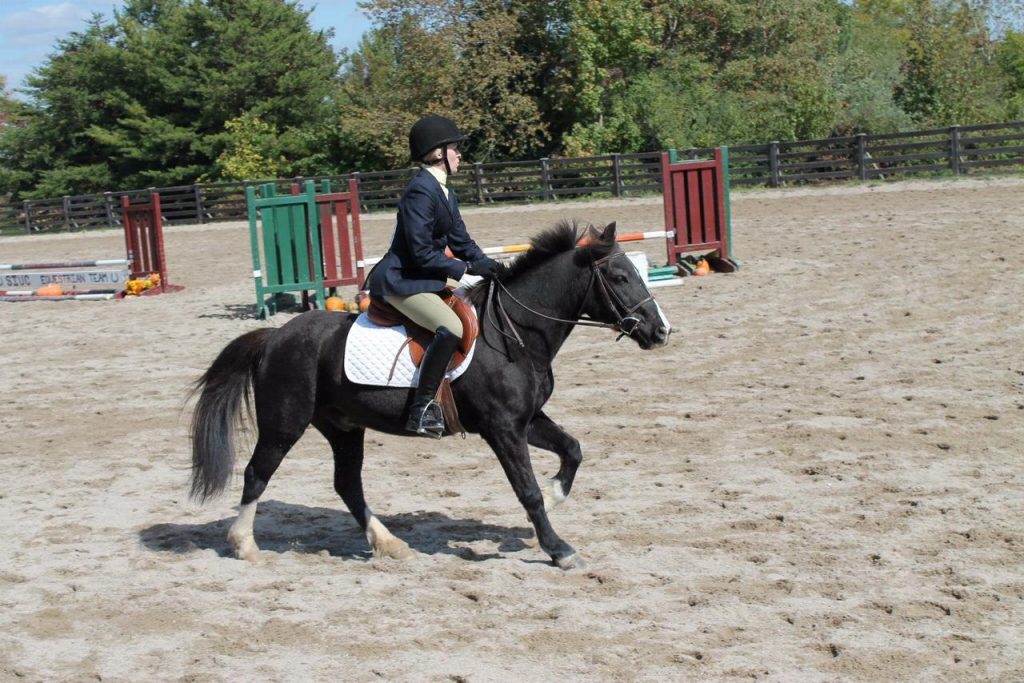 Quite possibly one of my favorite draws of my IHSA career. Meet Tuffy, an ever adorable teeny tiny power house that zoomed around our flat class without hesitation….with the help of lots of leg…..Photo by Kristie Miller

I will reiterate: not all ponies are bad, some of them are just full of personality. As long as there are little newbie riders needing mounts to show, we pint sized adults will always be volunteered (sometimes unwillingly) to hop on. I think it is only fair we have the opportunity to show off our skills and besides, its a lot shorter fall off of the little ones.

Want to catch all the action from Pony Finals this week? The action is streaming live from August 8 through 13 courtesy of USEF Network.