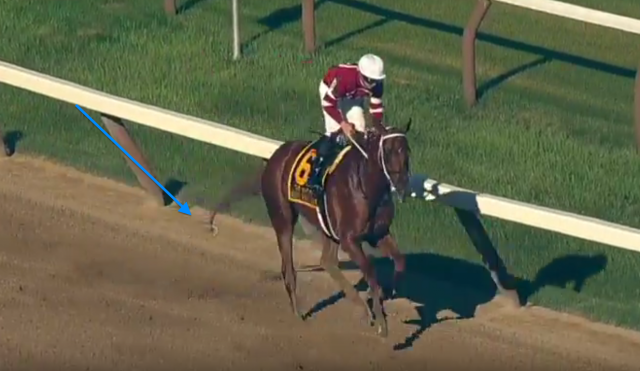 Monday is already the crappiest day of the week, so we’re making things official — and we can officially add that we’ve never seen anything quite like this before, courtesy of Saturday’s running of the Whitney.

Three cheers for Gun Runner, my favorite currently running Thoroughbred — he cruised to a five-length-plus win in Saturday’s Grade I Whitney Stakes at Saratoga, reminding us all in a year without a big three-year-old star that the older horses are just as much if not more fun to root for.

Let’s watch this romping victory, shall we?

Looking good, Gun Runner. In fact, you’re looking great. This is about as far from a crappy moment as you could get, actually. Where’s the “oh crap” part, Kristen? You promised us.

Let’s rewind that finish for a moment. Gun Runner is always expertly turned out for the races, usually sporting a braided mane. But his tail looks a little… off. 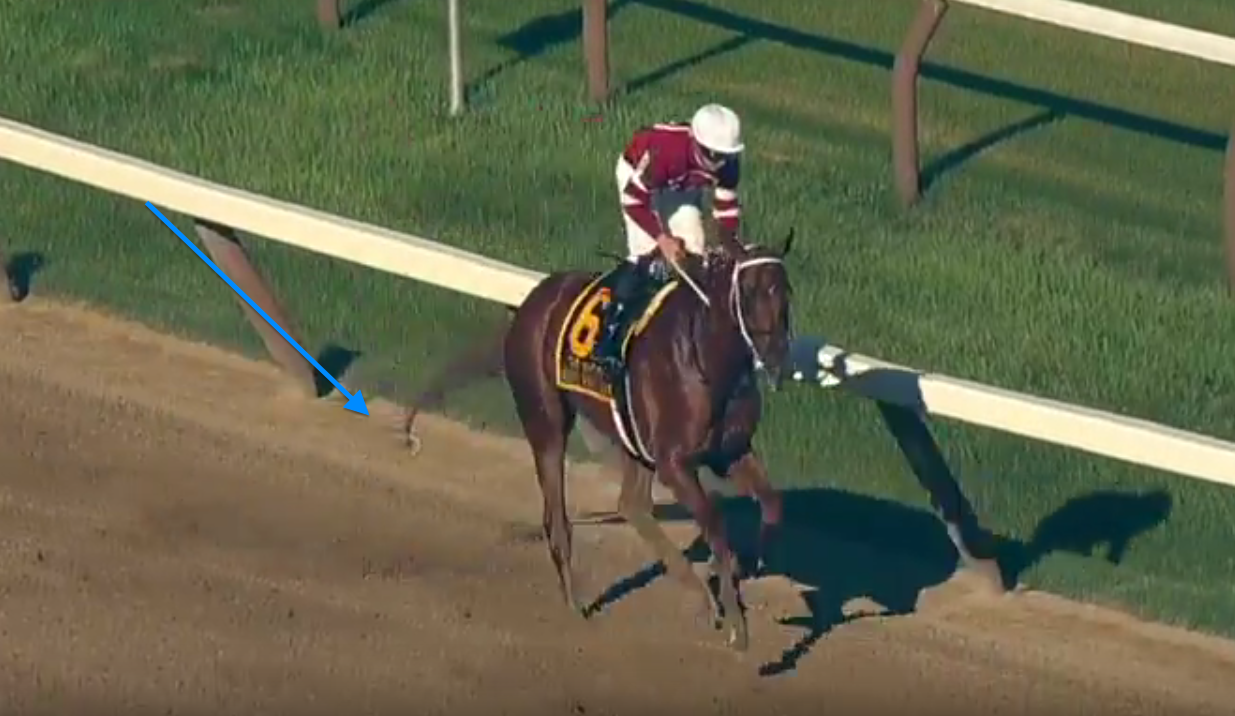 GUN RUNNER won the Whitney with @flothejock , 124 pounds, and a horseshoe anchor. pic.twitter.com/XGeAEDVStf

As it turns out, early leader and “rabbit” Cautious Giant lost a shoe somewhere along the backstretch and kicked it right up… into Gun Runner’s tail, where it lodged itself in for the ride.

“We’ve seen a lot of things in horse racing I don’t think I’ve ever seen that before” – @randy_moss_tv #WinandyoureIN pic.twitter.com/qMKBWuq5f4

This actually was a really lucky scenario — I can’t imagine a galloping racehorse coming down on top of a loose shoe or a shoe flying through the air to whack a horse or rider would end well, and Gun Runner clearly didn’t mind carrying just a bit of extra hardware in his tail.

Cautious Giant appeared to suffer no major ill effects from the loss of his shoe either.

All’s well that ends well, even it it was an “oh crap” moment somewhere along the way!