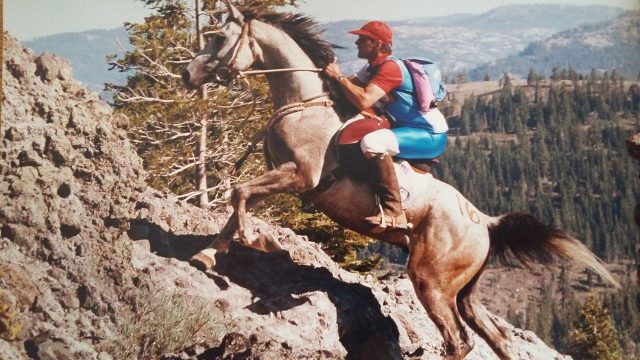 Formally known as the “Western States Trail Ride,” the 2017 running of the Tevis Cup one-hundred-mile race takes place on August 5! Here’s everything you need to know. 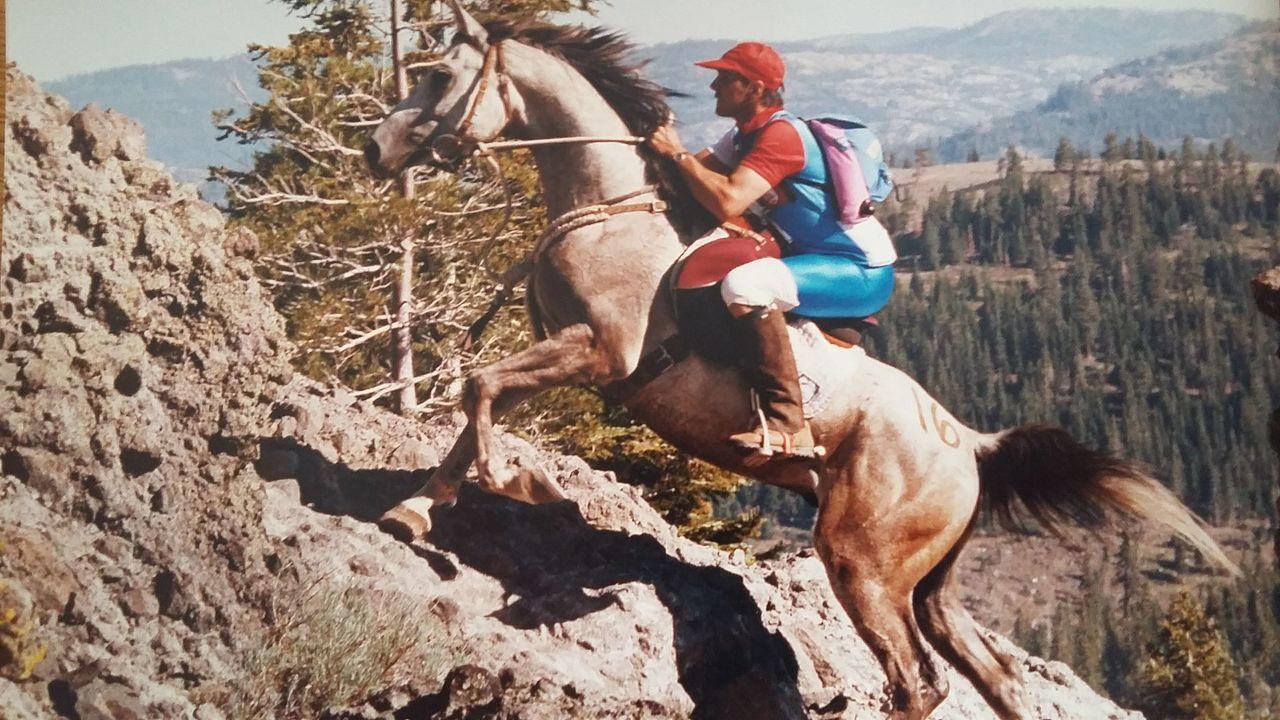 Cougar Rock at the 1991 Tevis Cup. Photo by Marion-Bourgeat/Wikimedia Commons.

Widely regarded as the toughest test in American endurance riding, the Western States Trail Ride, or as it’s perhaps better known, the Tevis Cup, kicks off at 5:15 AM on Saturday, August 5 at Robie Park in Truckee, California. One hundred intense miles stand between starters and the finish line, with roughly 17,000 feet of elevation gain and 22,000 feet of descent. Winning times are usually in the neighborhood of 14 to 16 hours with completion rates of the total field anywhere from 40% to 60%.

The iconic Cougar Rock ascent is perhaps the best-known section of the Tevis Cup, but there are plenty of landmarks well known to those who have traveled the trail year after year seeking the belt buckle awarded to all finishers whose horses are deemed “fit to continue.”

Here’s your need-to-know guide for following the Tevis Cup:

Where: Starts at Robie Park in Truckee, California; ends in Auburn, California. A 100-mile section of the Western States Trail is utilized, including state forest and areas accessible only by foot, horse or helicopter

Who: There is no upper age limit for participation (Potato Richardson was 72 when he won in 2015); riders do need to be at least 12 years old and riders under the age of 18 need to be accompanied by an entrant over the age of 21 as a sponsor. Past winning horses have ranged in age from 6 to 15 and are typically Arabian, but winners have also included Thoroughbred crosses and mustangs.

Awards: Buckles are awarded to riders who complete the course within the time allowed with horses who are deemed to be “fit to continue.” (Multiple checkpoints and vet checks are scheduled along the trail to ensure equine welfare throughout.) The Tevis Cup is awarded to the fastest finisher, and the Haggin Cup is awarded to the horse with the best condition after completion.

How you can follow: After the race begins, a live webcast will be available at the Tevis Cup homepage. Some riders have also elected to carry GPS trackers, which can be traced at the live tracking site here so you can follow the progress of your favorite horse and rider combinations.

To learn more about the Tevis Cup, visit the race website and follow on Facebook. We wish a safe trip to all participants in the 2017 Tevis Cup! Go riding.