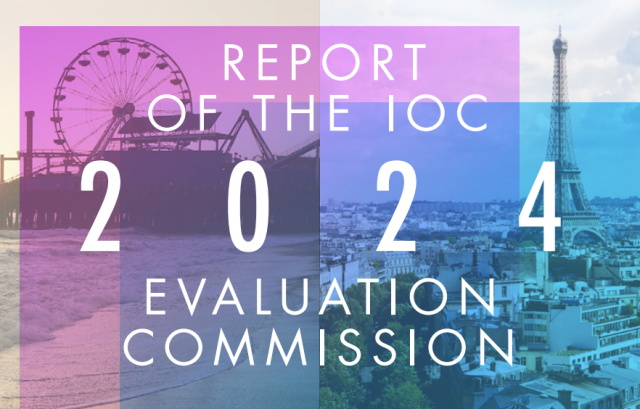 Mark your calendars now! The long-awaited news has finally broken: LA will host the Summer Games in 2028. Get the scoop on the equestrian venue here courtesy of our sister site Jumper Nation. NBC Sports announced Monday morning that Los Angeles City officials have reached an agreement with the International Olympic Committee to host the 2028 Summer Olympic Games, paving the way for Paris to host in 2024.

This deal will make Paris the second site in modern Olympic history to host the games three times – though it will also be Los Angeles’s third time hosting in 2028. (London was the first three-time host when they put on the games in 2012.)

What this means for both host cities is that unlike the somewhat dismal economic outcomes for cities like Rio and Beijing after hosting, there will be very little additional cost and infrastructure that can’t be recouped.

These site evaluations require each city to describe in detail where each event would be hosted, from water polo to track & field to kayaking. This includes the equestrian events, and both Paris and Los Angeles have indicated their proposed plans for the world’s top horses.

Paris has chosen to host dressage, show jumping, and eventing (assuming all those sports are included in the 2024 program) at the Palais de Versailles, a massive complex best known for its chateau, but which also recently hosted its first CSI 5* Show Jumping event this year.

Los Angeles has chosen the Sepulvida Valley Sports Complex as the host site of the equestrian events. About 11 miles from the Olympic Village at UCLA, Sepulvida Basin’s acreage will – according to the hosts – be sufficient to host all three equestrian disciplines, canoe slalom, and shooting.

The temporary arena will have a seating capacity of 15,000, and there is large, uncultivated space that should be sufficient for a world class cross country course. No buildings, residents, or businesses will be displaced by the Games, as the Sepulvida Basin is currently a sort of “under-utilized” space.