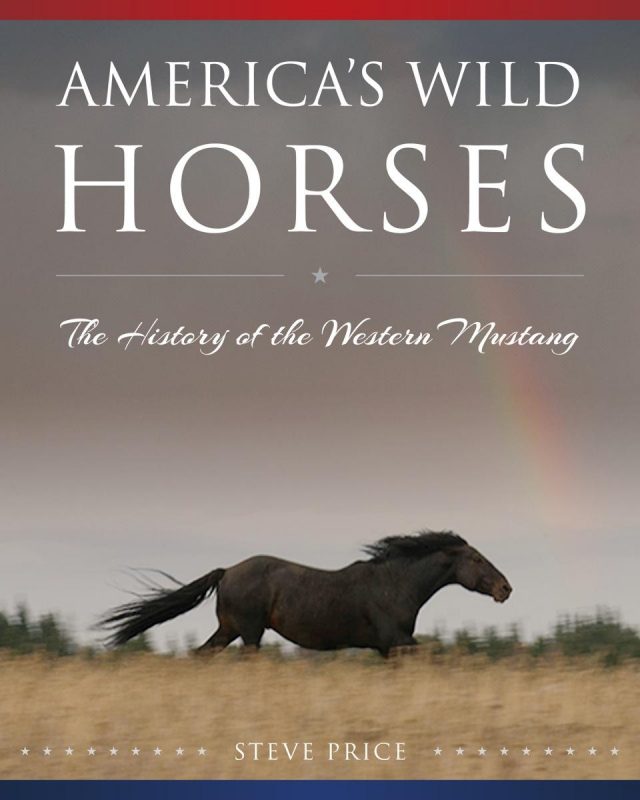 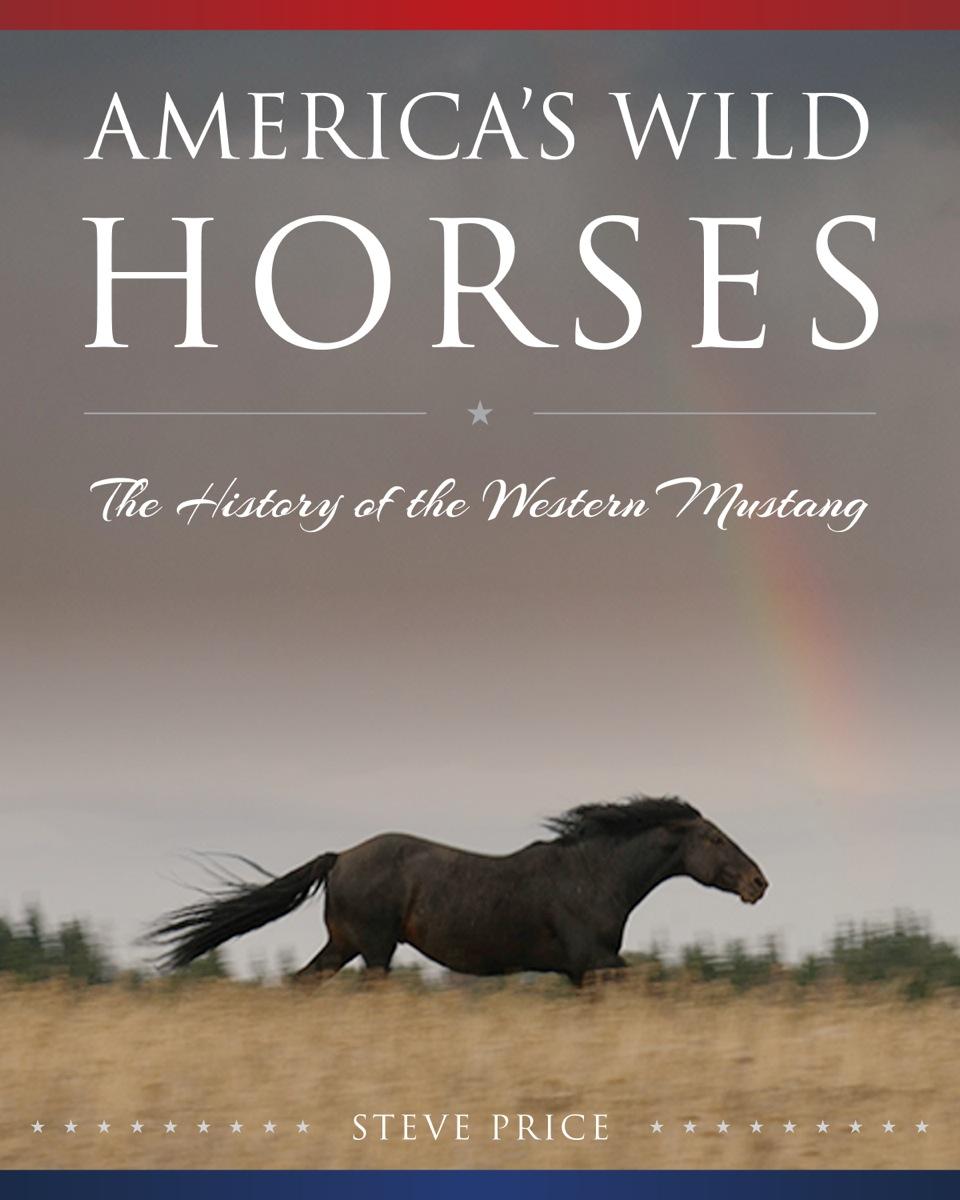 America’s Wild Horses: The History of the Western Mustang traces the history of this nation’s population of wild horses in the American west from the evolution of precursors to the modern horse all the way to present-day conservation efforts. The book is illustrated throughout with Price’s own photography from the range.

Price focuses the first few chapters of America’s Wild Horses on the Spanish introduction of horses into North America, detailing breeding programs set up in the West Indies to the first horses to set foot on the mainland, and how the first truly viable populations of free-roaming horses escaped from the Spanish likely did not occur until the early years of the 1600s. Price wades through the complicated history of wars and trading between Native American tribes and the westward expansion of pioneers and how the wild horses adapted to each new era in history. Eventually, Price brings us to the present day, using the unique story of the Pryor Mountain mustangs to illustrate how the Bureau of Land Management has become the office responsible for the future of America’s wild horses.

Price includes an extensive bibliography of sources he consulted in writing America’s Wild Horses, and his firsthand visits to historic sites and conversations with historians helps flesh out the story of the mustang. In each chapter, I learned new things that I had not known before, whether it was the existence of Columbus’ horse breeding ranches set up to supply expeditions with stock or the existence of the BLM’s Wild Horse EcoSanctuary program. Price does gloss over much of the conflict between activists and the Bureau in the present day, which may have been a careful choice to avoid taking too strong of a stance on either side.

I felt that Price focused a bit too much on the Spanish Mustang as a separate type or breed of horse, different from the modern American mustang — an entire book could have been devoted specifically to the Spanish Mustang in the angle in which Price approached this breed, rather than constantly alluding to the dilution of blood with the introduction of other horses turned feral. I would have appreciated the visual of a family tree of mustang types, as allusions to the Colonial Spanish Horse left me more confused than ever.

I felt that the visual of a map would also have been helpful for readers to truly grasp the scope and size of the American West and how rapidly the horses spread up and down the mountains. Perhaps for readers native to the western states, this is an easy concept to understand, but I would have gotten more out of the early history by knowing where each major event took place.

Overall, I felt that this book, while informative, was stuck in a gray area between the quintessential “coffee table book” full of art photographs and a detailed natural history of the American mustang. There wasn’t quite enough detail and information to merit this being the ultimate mustang reference, and the photography is a lovely illustration but not quite enough to stand on its own either.

America’s Wild Horses is a quick and easy read for anyone seeking to learn more about the origins of the American mustang as it stands today. The book is available via Amazon.