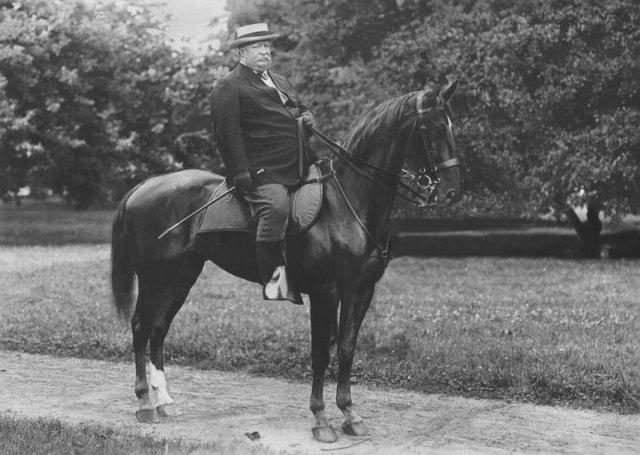 Pop quiz: Whose idea was it to replace the White House stables with a four-car garage? 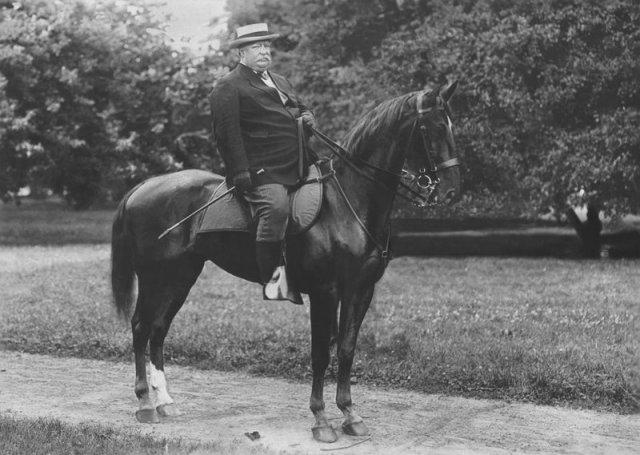 I couldn’t help but wonder while writing about Britain’s Royal Mews whatever became of good ole’ USA’s First Horses and presidential stables. Were the horses elected out of office? Run out of town by the horseless carriage?  Impeached after a treasonous tumble? Well, more or less, all of the above turned out to be true.

According to official White House history, the presidential stables were, throughout its many incarnations, always quite simple and modest in design. The first was built in Georgian brick in 1800, the second in 1806, rebuilt again after the war of 1812 saw their complete annihilation, a fourth time after they burned down accidentally in 1864, rebuilt once more when the previous was torn down to make way for the War and Navy Building (now the Executive Office Building) and finally, permanently demolished in 1911. It would seem the only person who had a more unlucky stay at the White House than the horses was William Henry Harrison, who only made it a grand 32 days in office as President. 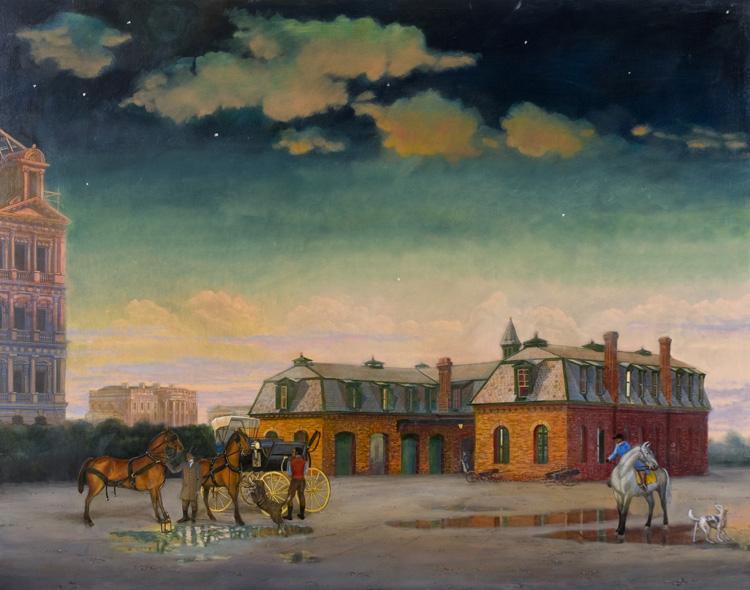 The final incarnation of the White House Stables in 1873. PC: Wikimedia Commons

Gander a guess at which U.S. President did the White House Stables in for good? It was in fact William Howard Taft, the giant of a man and 27th president of the United States. While it would seem that W.H.T. had it out for horses, you might say that they had it out for him too. At the age of nine, the family horse went running off with the carriage, William in tow, and the ordeal ended with him sporting a skull fracture and a terrible cut to the head. And so began an infamous relationship. 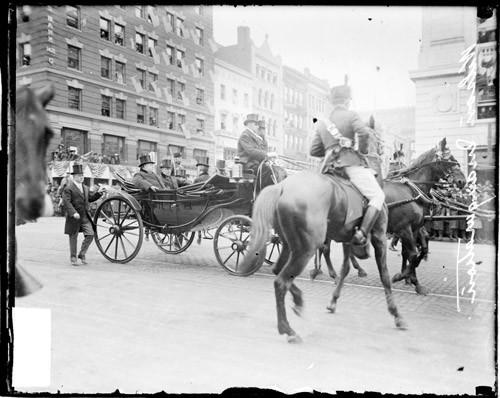 In 1909, President Taft  took a long tour of the American West, and as part of the visit was slated to ride down to the bottom of the Grand Canyon on horseback. His aides repeatedly begged him not to, on the basis of his “hearty constitution” (at this point in his life Mr. President weighed a mighty 345-360 pounds) noting that the trail would require multiple mounts and dismounts along a narrow trail. Up until the morning of, Taft insisted he’d be going, but after looking down the steep edge of the canyon, Taft paled to a ghostly white and thought the better of it, supremely disappointed.

He was thwarted yet again on the tour when visiting Yosemite Forest, when the assigned horse “appeared to be unequal to the President’s bulk, so Taft was advised to walk” and a soaking perspired President arrived at the site without a change of clothes for a day of meetings. 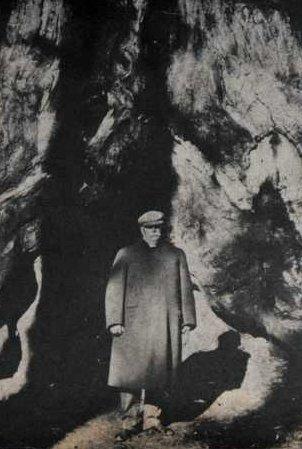 In fact, the President’s equestrian jaunts were generally frowned upon by staff, as demonstrated by the following exchange. After a hack on the White House property, President Taft sent a telegram to Secretary of War Elihu Root stating in regards to his health “Took long horseback ride today; feeling fine.” To which Mr. Secretary responded, “How is the horse?”

Not all rides went so smoothly on the White House grounds, and President Taft was the last president ever to be thrown on the property. Only weeks later, he was riding again and took a bug to the eye which laid him out for several days. (That must have been some bug!)

In 1911, Taft finally did away with the stables and the horses, as well as the White House’s last personal milk cow. It is not said what became of the president’s horses, but it seems Taft’s transportation back luck voodoo didn’t end by replacing ponies with a four-car garage and a Model M. After switching to cars, he was involved in a number of traffic accidents, including having his “horseless carriage” collide with a New York City street car and being dragged eight blocks, among other mishaps. 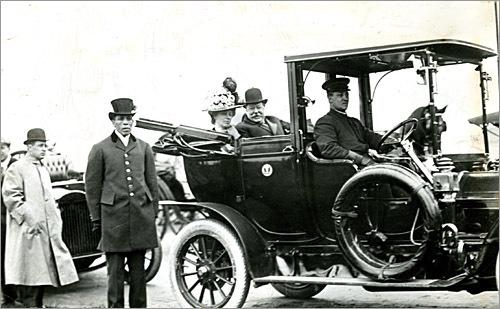 Horses have made a few re-appearances at the White House since then for special occasions, but Taft was the end of the practical use of horses at America’s presidential seat.