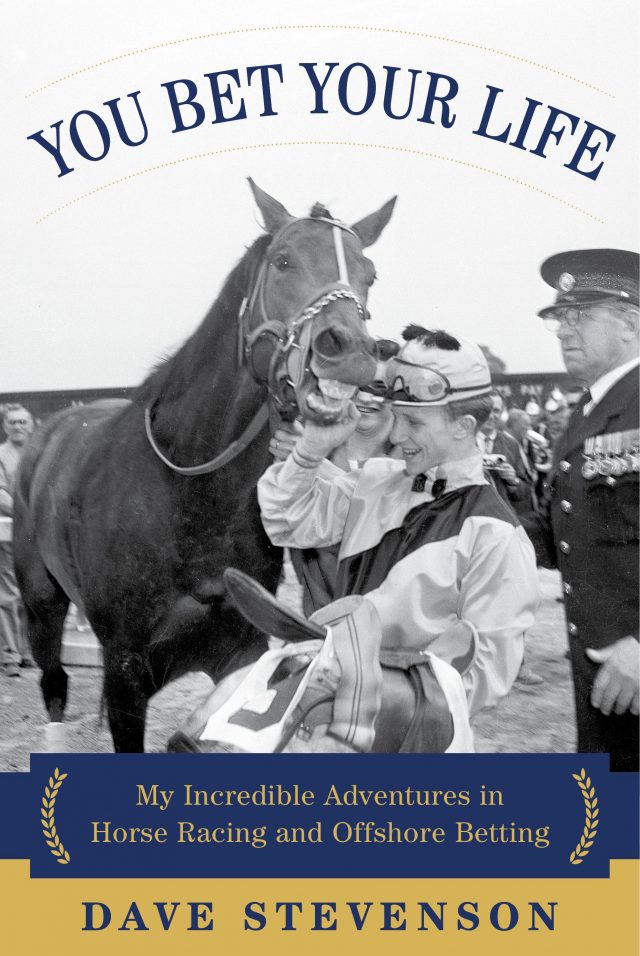 By Dave Stevenson, with Laura Morton. 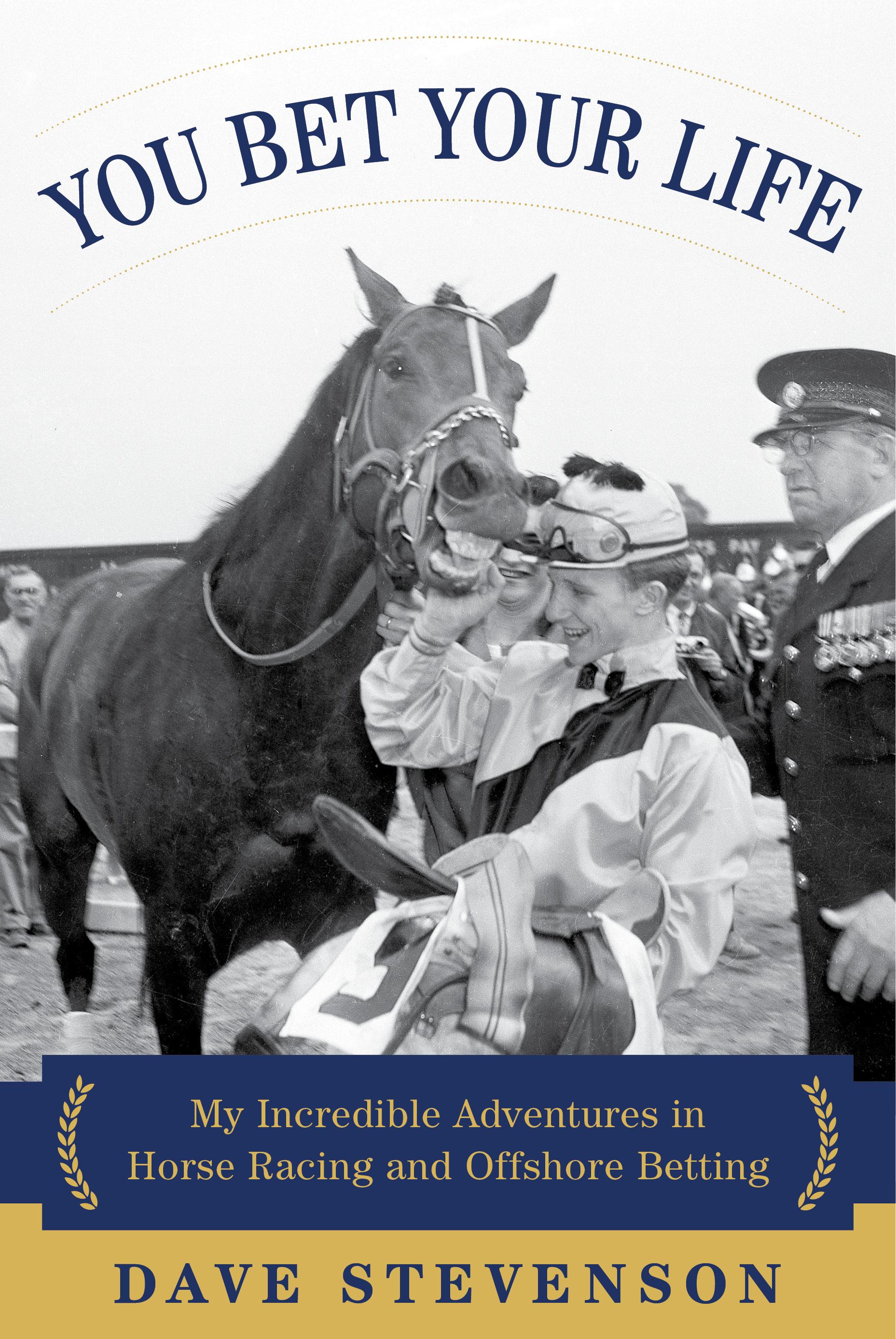 You Bet Your Life: My Incredible Adventures in Horse Racing and Offshore Betting tells autobiography of Dave Stevenson, an influential living legend of the horse racing world, from his days as an anonymous barn hand with a difficult home life to a celebrated champion jockey to a mover and shaker in racetrack administration to a pioneer in offshore betting. Stevenson’s life is certainly a story that deserves to be told.

Born at the tail end of the Great Depression to an impoverished family in Toronto, Stevenson quickly fell in love with the hustle and bustle of the racetrack; his father and uncle worked a variety of positions at various tracks around the city. Soon, Stevenson finds himself working for a small-time trainer, breaking wild (truly, nearly feral) Thoroughbreds in a series of vivid scenes in Lexington. Stevenson fights his way to the top of the game as a jockey, winning several of the top stakes races of the era aboard Canadian Champ.

After retiring as a jockey, Stevenson works in a number of administrative positions at both Canadian and American tracks; he is particularly influential with the Ontario Jockey Club and NYRA. After retiring from such a career, Stevenson embarks on the often pirate-like adventure of offshore betting, which takes him via small airplane to many colorful locations in developing countries. It’s quite an adventurous life!

I will admit that I nearly closed this book after the first two chapters, thinking at first that this book was going to have little to do with any actual horses or horse racing — retrospectively, the early chapters on Stevenson’s family history and upbringing serve to illustrate exactly where he came from and sets the stage for tense familial relationships later in his life, but I felt like this section could have been tightened up a good deal to get to the “action” quicker.

The most vivid, engaging parts of this book to me were the racing years — the tales of breaking feral Thoroughbreds to saddle were totally enthralling, and Stevenson’s candid, honest retelling of many of the early years of his racing career riding no-name horses are a good reminder to the racing fans that there’s much more to the racing world than the big televised stakes. Stevenson mingles both with some truly seedy, unsavory characters and some of the creme de la creme of the Thoroughbred world, illustrating just how varied and unique of a sport horse racing can be. Stevenson’s account of his years making reformative changes to tracks in Ontario and New York are equally riveting.

As Stevenson delved into the world of offshore betting, I found myself growing indifferent — while it’s true that it’s gambling on horse races that truly keeps the industry going, I was quickly lost in the terminology and the sensation that Stevenson makes some big leaps in assuming that readers are as fully entrenched in betting as he is and knowledgeable about how the process works. A lot of events with far-reaching consequences seem to be packed into the final chapter or two, making them feel almost like an afterthought despite the understanding that these were important periods in the development of Stevenson’s business.

I was still hanging in there with Stevenson, tolerating his casual name-dropping of various celebrities he had worked with, until the last page when he suddenly turns the novel into a brief two-paragraph tirade about drugs in American racing, racing’s class system, the “welfare state” and “the self-deprecation of smaller minds.” Was this entire book actually about something else all along, with some message I had somehow missed through 230 pages? I don’t know if I’ll ever know.

The strength of this book, to me, is the description of the racing years. While the offshore betting experience certainly spawns its fair share of adventures, I did not feel as fully invested in those chapters. It would be difficult to separate that experience from the rest of Stevenson’s life, so I can’t imagine the book covering any less than it did — I just found myself wishing it had been better explained for the lay reader. Perhaps a lifelong tracker with plenty of experience in betting would enjoy it more. I would call Stevenson an excellent storyteller, though perhaps not the best writer.

You Bet Your Life is available via Amazon.