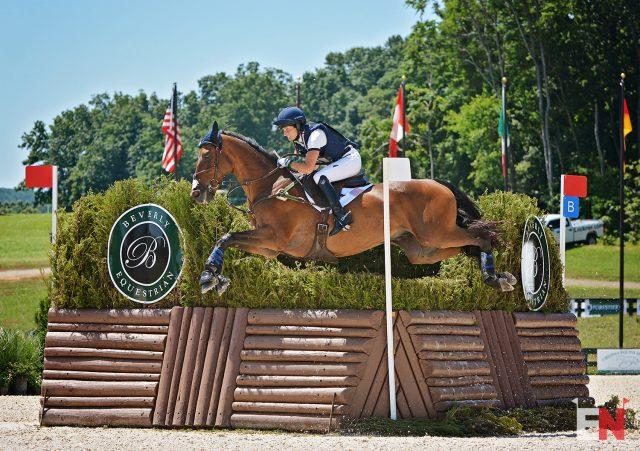 Jennie Brannigan and Cambalda headlined a US top-three sweep and team victory at Great Meadow, which doubled as a leg of the FEI Nations Cup. Watch the pair’s gritty cross-country trip! 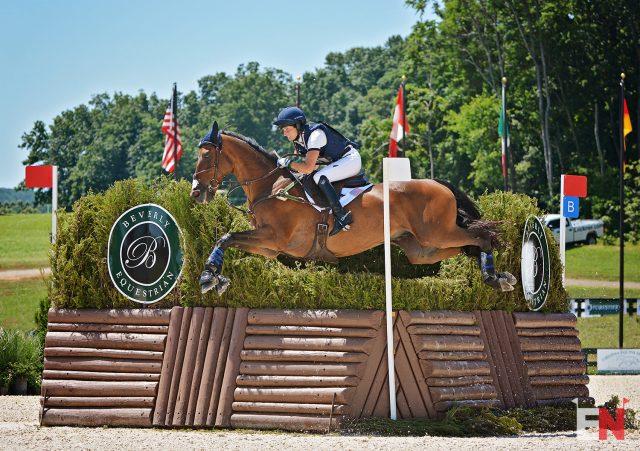 Great Meadow International took place in The Plains, Virginia over July 7-9, hosting a CICO3* in conjunction with a leg of the FEI Nations Cup in eventing — the only such event to take place in North America, as all of the other Nations Cup events are in Europe.

It was a star-spangled weekend for the United States, with Phillip Dutton and I’m Sew Ready in the lead after dressage; Jennie Brannigan and Cambalda sat in a comfortable sixth place with a score of 48.2. Brannigan & Cambalda then finished double-clear in stadium to move into fourth place on their dressage score.

On the cross-country course, however, Brannigan and Cambalda really got down to business, turning in a gritty masterful round just 1.6 seconds over the optimum time. This performance moved them up from fourth into first, marking the pair’s second win at Great Meadow.

Teammate Lynn Symansky and Donner finished second, with Dutton and I’m Sew Ready wrapping up third for team USA to sweep the top three. These scores also gave USA the win in the Nations Cup, followed by Canada and then Great Britain.

Brannigan’s ride Cambalda, known as “Ping,” is owned by Tim and Nina Gardner; Brannigan told our sister site Eventing Nation that “it’s an honor to get to ride for your country. Ping has been an incredible horse and wonderful to me.”