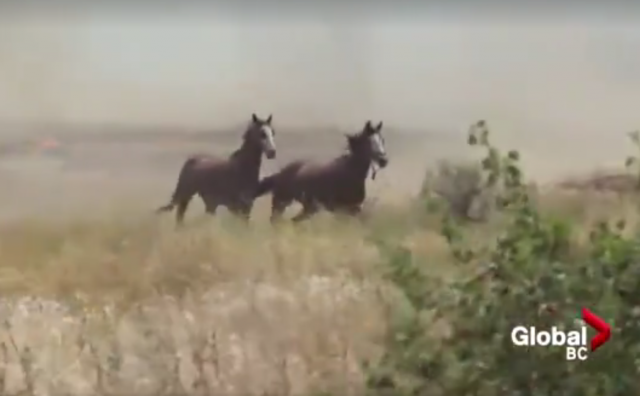 Hundreds of wildfires are raging across British Columbia with a dozen designated as posing a high threat to public safety. Ten thousand people have evacuated, leaving everything behind, including their horses.

Unusually dry, hot conditions starting earlier in the season than normal set up a perfect tinderbox in British Columbia which has led to the sparking of hundreds of wildfires up and down the Canadian Rockies. Of particular concern is that twelve of these fires have been labeled “Wildfires of Note,” meaning that they pose a high threat to public safety, largely due to their proximity to settled areas.

This map shows the current status of known fires in British Columbia. The orange dot identifies an active fire; the red dot identifies a new fire reported in the past 24 hours. The flame icon designates a Wildfire of Note. 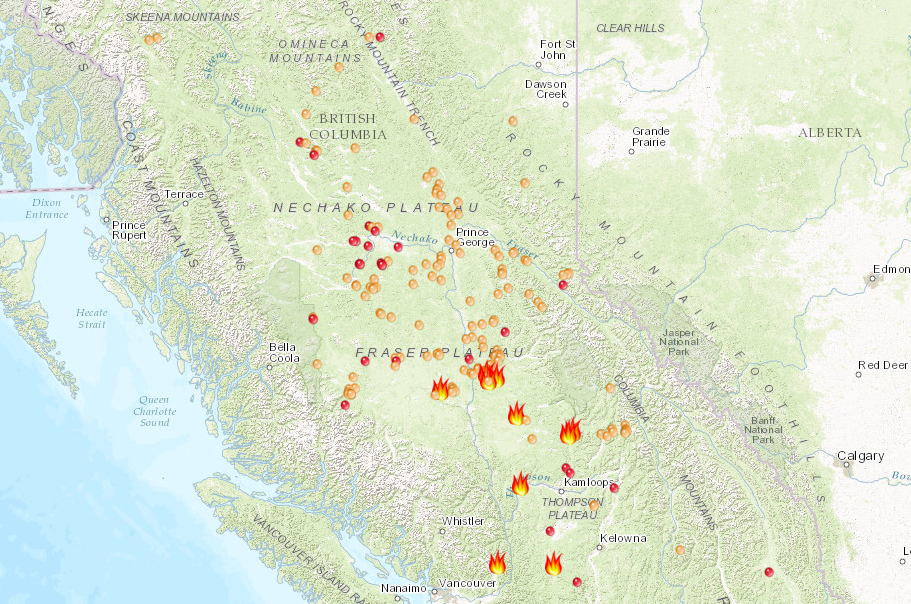 Map screenshot via BC Wildfire Service

An estimated ten thousand people have already evacuated, and with several of the notable fires still raging with 0% contained, it’s likely many more will be forced to leave their homes. Where there are people, there are horses, and many horse owners have had to evacuate their animals in a hurry — or make the heartbreaking decision to leave them behind, turning them loose in hopes that they will be able to fend for themselves.

(According to comments, these loose horses were taken in by a ranch and are currently safe, awaiting the return of their owners.)

The fires, in many cases, are moving so quickly that residents may not have the time to pack much more than themselves, let alone load their horses in tense conditions. One resident managed to evacuate 20 horses and four dogs, but one horse who would not load was to be ridden to safety by a friend. (There’s no report if that horse and rider did reach safety or not.)

Residents are banding together to try to connect evacuees with their animals, reporting on loose livestock they’ve seen, found or recaptured. In many situations, owners only had time to open their gates, hopefully able to write their phone numbers or other identification on the animal before fleeing. The Facebook group BC’s Emergency Livestock/Animal Evacuation Group seems to spearheading networking efforts to connect volunteers with trucks and trailers with the people who need them the most, though road closures and changing conditions are certainly hampering some efforts.

Wildfires are also raging in California and parts of the American west. Our thoughts go out to all individuals in North America affected by the wildfire season.

[B.C. wildfires: The damage so far, and how you can help]

[B.C. wildfire: Communities come together to care for evacuated animals]