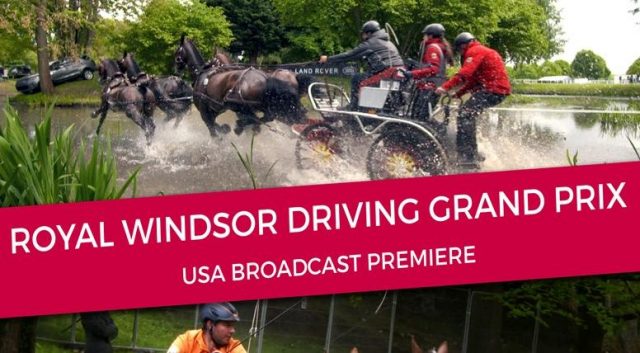 The sport of carriage driving is coming to the sports networks! Tune in to NBC Sports at 11:30 AM EST on Saturday, July 8. 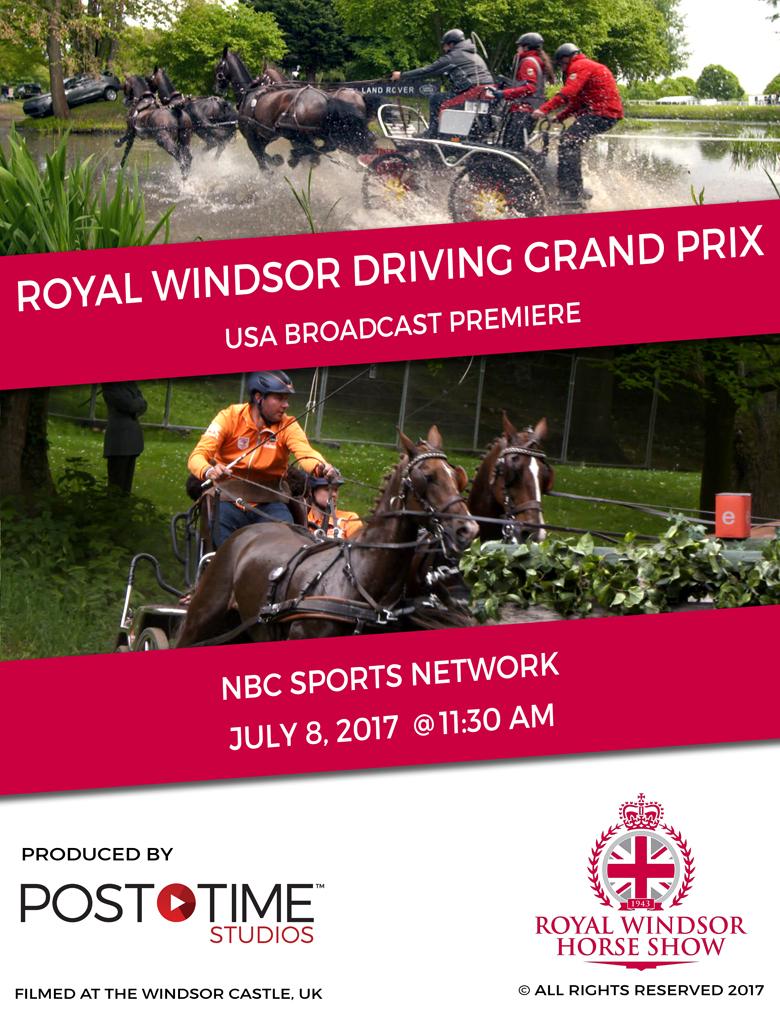 For all of us who have wished that more equestrian sport was covered on mainstream sports networks, our time has come: Post Time Studios announced this week via press release that its one-hour special broadcast ROYAL WINDSOR: Driving Grand Prix will make its USA debut on NBC Sports Network at 11:30 AM EST on Saturday, July 8.

Shot in the fast-paced modern style of sports productions, the broadcast should have wider appeal than just horse lovers: “We are proud to bring the exciting sport of horse and carriage competition to life for U.S. audiences. You’ll find dynamic camera work, exclusive content including interviews with Royalty, and animation sequences to help explain the complex scoring systems, all creating an on-the-edge-of-your-seat sports competition show. This is the first of many new original shows that are in development at Post Time Studios,” said Danny Tepper, Post Time’s Head of Original Content.

The Royal Windsor Horse Show is held on the grounds of Windsor Castle each spring, welcoming not only strong local talent but international competitors in show jumping and combined driving. Combined driving is an exciting horse sport that tests a driver’s ability to pilot a four-in-hand through driven dressage, marathon (the carriage equivalent to cross-country) and cones (the carriage equivalent to show jumping).

Anyone who enjoys sports should find a lot to appreciate about combined driving, which blends traditional elegance with gritty, fast-paced action that clearly tests the athleticism of both horses and driver. We encourage all of our readers with NBC Sports to tune in and support equestrian sports on the air!