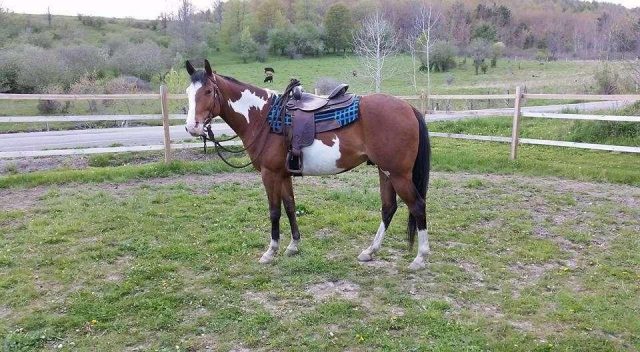 A true tale of woe.

This is likely a familiar tale to anyone who has sold a horse in today’s market. Horse Nation reader “Brittany” decided after much reflection that it was in the best interests of both herself and her horse if they parted ways, and wrote what she felt was a pretty straightforward, honest ad describing the animal and the ideal situation for him as well as her reason for sale: 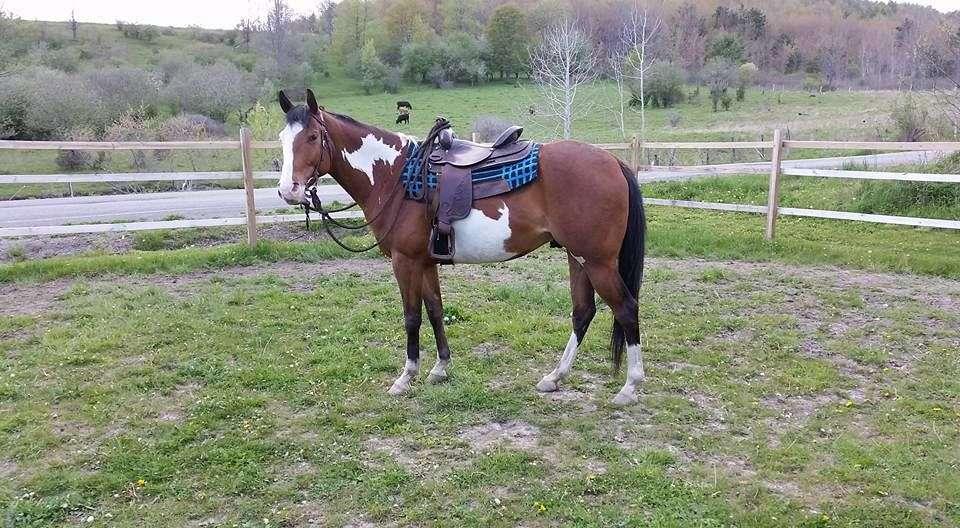 “Two Face” is ready for a new home that can give him the time he deserves. When in consistent work, this young horse is a dream to ride. W/T/C, nice relaxed headset, spur broke, has more whoa than go. He was in training at Rose Hill Ranch for approximately 3 months in 2014. He completed a 2-day clinic with Aaron Ralston a month ago – he tracked a very loud 4-wheeler and lightly worked cattle, a first time for both. He’s been trail ridden with his buddies at home, hauled by himself and ridden with new horses, and has handled new things well.

He is NOT a horse that can sit for a month and be dead calm when you get him back out; he’ll need to be lunged down before he’s ridden. I am not recommending him for Children/Amateurs/Beginners without professional guidance/supervision for this reason. He is not dangerous by any means, he’s just a young horse that needs exercise. He’s very sweet and loves to have a person.

This horse would excel in the Hunter/Jumper arena; I have lunged him over jumps and had him hop over small cross rails. I have ridden him primarily western (preference). He’ll hop over creeks, logs, etc. on the trails with ease.

I purchased him in February 2013 with grand plans to show him HUS…but as commonly happens, I had more optimistic views of how much time I’d have free to haul to shows. Due to my time constraints right now, I need a horse that’s just a pull out of the stall and go type.

Priced at 4K. Trades considered for the above noted type of horse.

Seems like most of the information is pretty clearly spelled out, right? Maybe not so much. Brittany started writing down some of the questions she fielded in person and text message:

“Would you consider a payment plan? I can pay off the balance by next September?” (No.)

“How about $1,000 for him?” (I would literally rather have him as a pasture ornament than sell him for that.)

“Why are his hooves white? Is he foundered and you’re just trying to cover it up?” (Courtesy of a Google Vet “prospective buyer.” I think you might need to reconsider trying to purchase a horse and maybe try a few pony lessons first.)

“What is APHA?” (For this one, I actually suggested some Google searching.)

“Would he be good for my toddler who is just learning to ride?” (Can you read the ad?)

“Can I take him back to my barn and ride him for 3 years on a trial and then bring him back to you lame and accuse you of selling me a bad horse?” (Do you ask the car salesman if you can return a new car after you total it and blame them when you wreck it?)

“What type of breading does he have; plesure, showminship?” (Parmesan panko crusted with a little extra salt.)

“How’s his confirmation?” (Well, when he came out of the womb, it was confirmed he was, in fact, a male horse.)

“There’s a ring on his hoof. I think he’s foundered.” (That’s called the coronet band.)

“I’m not interested; he has a skin disease.” (He had skinned his nose the day prior in a trailer.)

Brittany, we feel your pain. Best of luck in selling “Two Face” and thanks for your sense of humor and patience! Go riding.