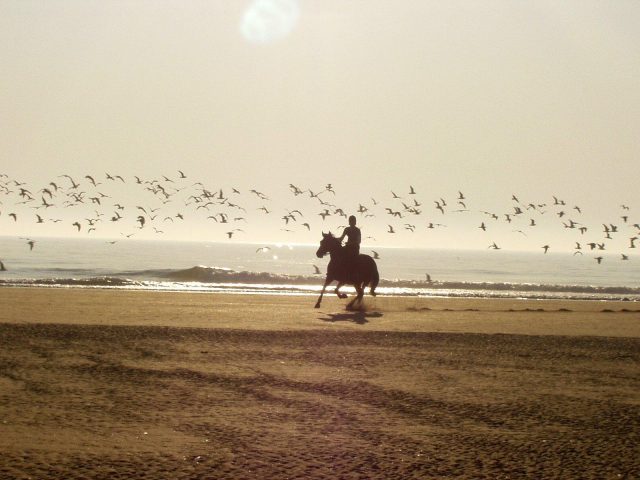 Penny Hawes is back with the next installment of her series for midlife riders: how to deal with fear.

Welcome back to The Ride of Your (Mid)Life! This week we’re taking a look at how your own brain works to sabotage your saddle time. We’re talking about that emotion everyone loves to hate: fear.

You don’t have any fears about riding? Good for you, but you might want to remember the words of a wise old soul…

But I wasn’t afraid when I was a kid!

For those of us who rode when we were young(er), fear may be a new, surprising, and unwelcome emotion. You distinctly remember 2’ jumps being much smaller, and cantering being the only thing you wanted to do… when you weren’t galloping.

You always promised yourself if you got back into riding, you’d have a canter along a beach somewhere – and you have a vacation in the Bahamas coming up in just a few months.

Now you get on, take a deep breath, relax your shoulders, and walk on. So far, so good. Then it’s time to pick up the trot – yup, this is OK. But canter? Maybe we’ll just canter next time. It’s hot, your horse is tired, you’re tired, you just remembered you have a load of ironing to do. Bummer – the cantering will just have to wait.

Phew – dodged the bullet. What a relief, at least until you beat yourself up the whole way home from the barn. Out comes the familiar refrain, “What is wrong with me? What am I afraid of? I’ve cantered hundreds of times. Heck – I’ve probably cantered hundreds of miles! I’ll never canter on a beach!”

OK, I’ll give you a few minutes to finish beating yourself up, then we’ll talk about what’s going on. No hurry, just meet me back here when you’re done with the self-flagellation.  (Cue Jeopardy Music…)

All set? Good – now let’s take a look at fear, its origin, and its function, and see if we can stop the Beat-Myself-Up Express before it derails your riding altogether.

First thing to get out of the way is that you’re somehow less of a person because you feel fear, and that fear is a bad thing. Wrong.

Fear is your prehistoric reptile brain trying to keep you alive, and it’s something that is hard wired into every human being. If it wasn’t for our amygdala (also known as our reptile brain), saber-toothed tigers would have eaten all of our ancestors thousands of years ago and we wouldn’t be having this discussion.

Our amygdala is here to protect us – except it’s kind of an overachiever. Its version of “leaping tall buildings with a single bound” is protecting us from everything – including the stuff that would really be kind of fun, like cantering and jumping and rollercoasters – except it’s not fun because of the whole fear thing. So, now that we’ve been introduced to the world’s oldest superhero, what do we do with our amygdala and its burning desire to protect us from ourselves?

What, Why, and How

The best place to start forming a truce with your amygdala is to figure out what you’re afraid of. Common fears often involve loss of control, getting hurt, or looking like an idiot in front of others. It’s worth taking some time to identify the thing, or things, you’re afraid of. Writing about your fear can help you unlock more information and may help you start to uncover your why as well as your what.

Let’s say you’re afraid to canter. You might write that you’re afraid to canter because your horse’s canter is so big, you feel like you’re going to be launched right out of the saddle. As you think about his canter a little more, you might add that it feels like he’s going really fast, and he doesn’t feel balanced around the corners, and you’re afraid he’ll fall on you, and you’ll both be badly hurt. That gives you a pretty good idea of your “what” (afraid of cantering) and your “why” (afraid of getting hurt).

You can break those down a little further with an exercise I call “and then”, it’s also called catastrophizing, and it involves letting your fears totally hijack your brain until you reach the worst case scenario. It goes something like this:

Catastrophizing until you get to a deeply buried (and often slightly ridiculous) fear can help put things into perspective a bit, not to mention give you a good giggle – especially if you have a few glasses of wine while you’re writing.

Now that you’ve identified your what and why, you’ve arrived at the final part of the exercise – the how, as in how can you start improving the situations that are causing the fear in the first place.

Since you’ve already got pen and paper (or electronic device of your choice) at the ready, do a little brainstorming for different ways to mitigate your fears.

If you’re afraid you’ll be launched during the canter, you could take some lunge lessons to help improve your seat. If you’re afraid your horse is going to fall down because he’s unbalanced, you could ask your trainer to ride him a few times and to show you how to ride effective half halts. For every fear, try to come up with as many actions as possible, and then pick the most useful one or two and integrate them into your next ride. 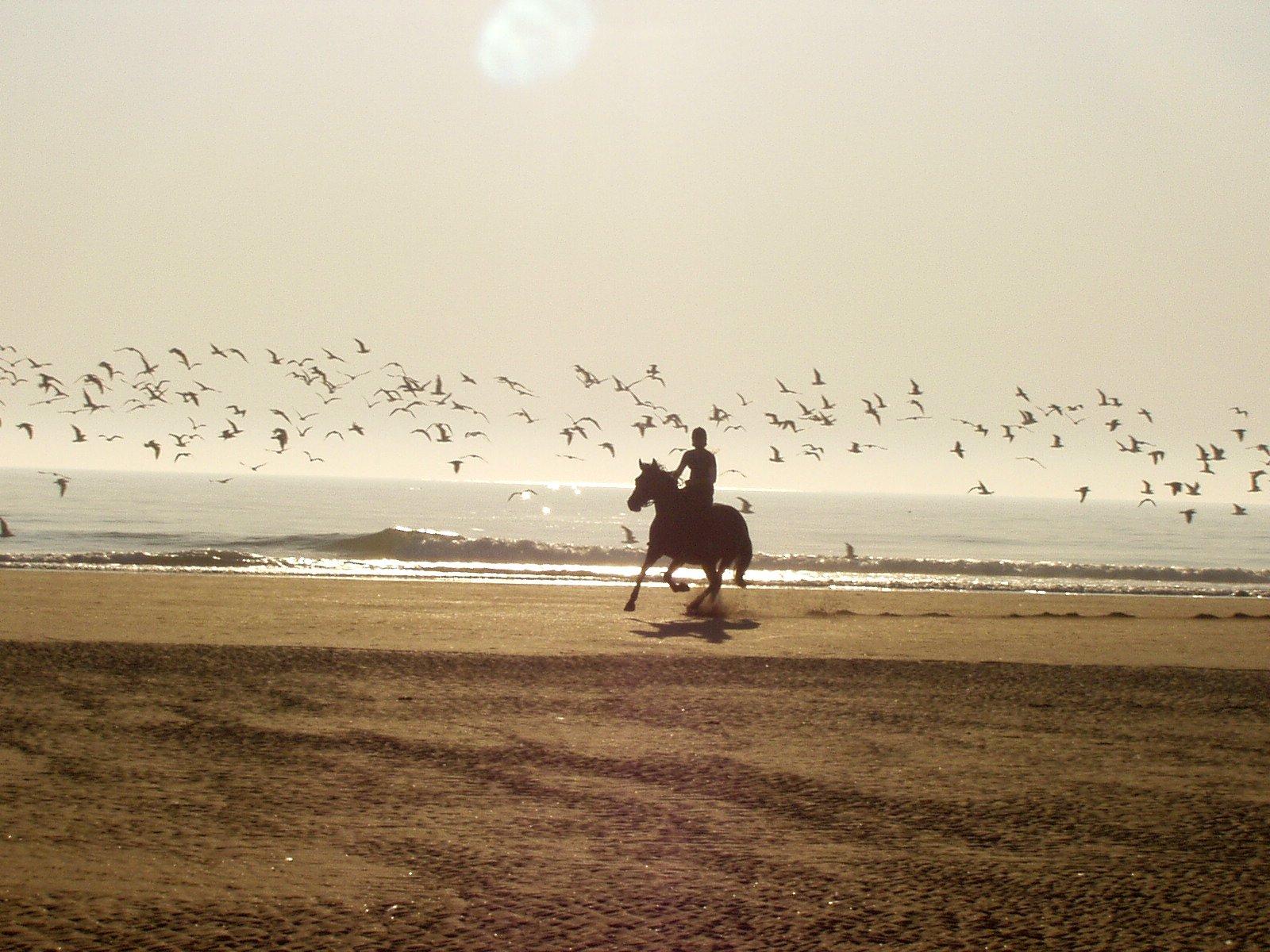 As young Luke Skywalker discovered, fears can come in many forms. Fortunately for us, dealing with our riding-based fears is a little easier than having to go to battle with the most hated being in the entire galaxy, and then discovering that he’s your father. (Bet Luke’s “and then” exercise could never have come up with that one!)

Go ahead and make your lists – and if you’d like, share them in the comments. I’d love to hear what you’re afraid of and how you and your superhero, Captain Amygdala, have decided to work together for the betterment of you (and your horse) – you’d all probably hate living under a bridge.

Penny Hawes is a mid-life writer and rider from Virginia. She and her amygdala saw the original Star Wars 9 times over the course of two weeks, and could pretty much recite the whole thing. She’ll be back next week with another installment of The Ride of Your (Mid)Life. In the meantime, you can catch up with her at http://thehorseylife.com/HNfear.