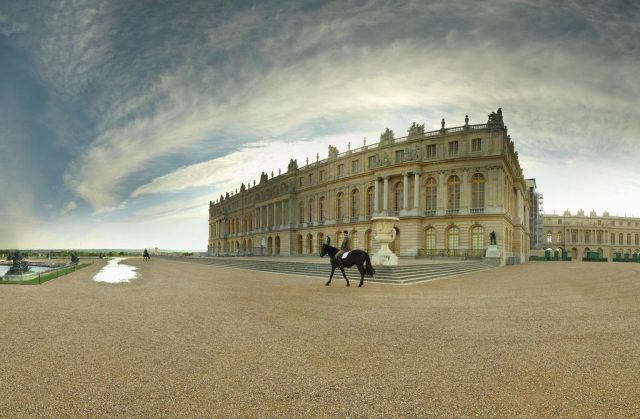 Meeting of the IOC in Lausanne earlier this week. PC: IOC Media

UPDATED 7/17/2017 — Since publication, the International Olympic Committee has announced that due to the quality of the bids from Los Angeles and Paris, they will be awarding the 2024 and 2028 Summer Olympic Games congruently, with the final determination being which city will host in which year. But per this announcement, both cities will officially be hosting an upcoming Summer Olympics!

This is a fairly unprecedented move, as two venues have never been awarded at one time in the history of the modern games, but in an era where host cities are increasingly scrutinized for overspending with questionable benefits for the local economy, locking in two exceptional venues and giving one more time to plan may be the key to more positive trends for the Games.

Based off LA’s claim that 53% of the necessary venues already exist compared to 31% for Paris, there’s reason to believe the 2024 games are more likely to go to the United States, but many other factors may prove more influential in the end. The final determination will come at the September IOC meeting this year.

On Wednesday, the International Olympic Committee released the site evaluations for the two remaining cities bidding to host the Olympic Summer Games in 2024. These site evaluations require each city to describe in detail where each event would be hosted, from water polo to track & field to kayaking. This includes the equestrian events, and both Paris and Los Angeles have indicated their proposed plans for the world’s top horses.

Paris, if selected, has chosen to host dressage, show jumping, and eventing (assuming all those sports are included in the 2024 program) at the Palais de Versailles, a massive complex best known for its chateau, but which also recently hosted its first CSI 5* Show Jumping event this year. The complex of multiple buildings and grounds directly west of Paris is an elegant venue with sufficient acreage to host all three events, including the cross country portion of three day eventing. There is a long-standing equestrian academy on site, and the entire estate is steeped with horse history over the centuries.

According to the IOC evaluaton, the spectator stands for the arena events will be temporary construction and have a capacity of approximately 20,500 (Rolex Stadium capacity, for comparison holds about 8,000 in the grandstand and 30,000 with the additional bleacher seating.) Versailles is 40 minutes from the Olympic Village, which is comparable to previous host cities. Courtesy of the IOC

If Los Angeles has the opportunity to host the 2024 Olympic Games, they’ve chosen the Sepulvida Valley Sports Complex as the host site of the equestrian events. About 11 miles from the Olympic Village at UCLA, Sepulvida Basin’s acreage will – according to the hosts – be sufficient to host all three equestrian disciplines, canoe slalom, and shooting.

The temporary arena will have a seating capacity of 15,000, and there is large, uncultivated space that should be sufficient for a world class cross country course. No buildings, residents, or businesses will be displaced by the Games, as the Sepulvida Basin is currently a sort of “under-utilized” space.

Though as it happens, there is a reason for this: The basin is an emergency flood zone, intended to stop significant damage in the city if the Los Angeles River were to overflow. The good news is: August is most definitely not a time of year that California experiences flooding, and even in the high water rains earlier this year, the basin’s use as a flood plain was limited.

In terms of equestrian event experience, France hosted the World Equestrian Games in Normandy in 2014 to rave reviews, as did Lexington in 2010. Both cities were required to list what championships and world cups their countries have hosted in the past 10 years, and embarrassingly, the Los Angeles bidding committee failed to note that the U.S. hosted the FEI World Cup Finals in Jumping and Dressage just this year in Omaha, Nebraska, as well as its previous three stops in neighboring Las Vegas, Nevada. (France has also hosted a world cup – Lyon 2014 – which their bidding committee did list.) Courtesy of the IOC

Both Paris and Los Angeles would be repeat Olympic Games hosts; LA hosted the 1984 and 1932 Games, and Paris the 1924 Games.

There is a candidate city briefing for the IOC Committee next week in Lausanne, Switzerland, and the final host city selection vote will take place in Lima, Peru in September of this year.