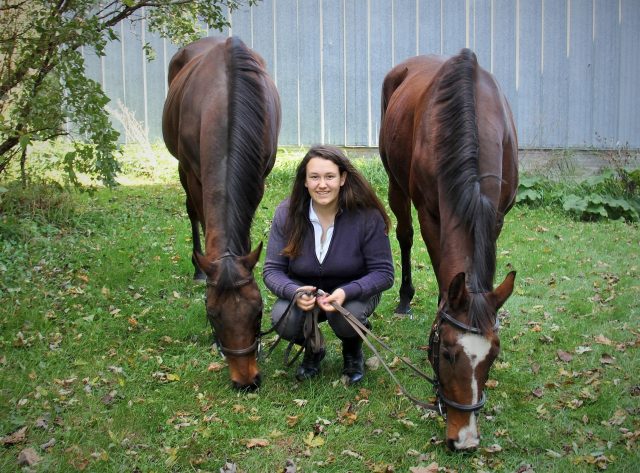 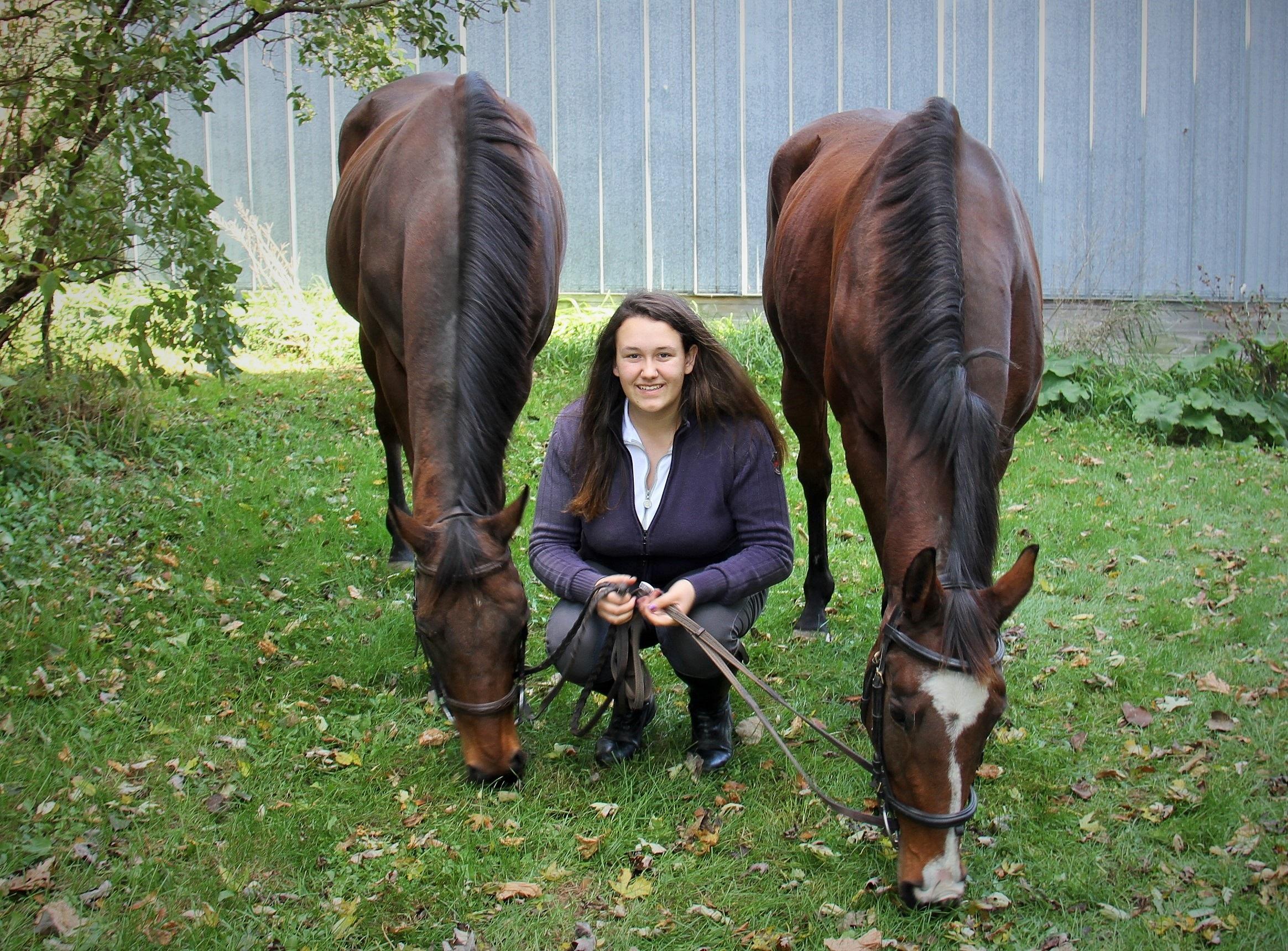 T.I.P. presents June’s featured Youth Ambassador: Elizabeth Spann. Elizabeth, 16, is from Wisconsin and participates in Eventing with her Thoroughbreds, Six Star Galaxy (Galaxy) and Who’s The Fox (Fable). Elizabeth was one of the first Non-Competition award winners in 2012 for the Young Rider of the Year Award.

How did you start riding?
Like most little kids I wanted to do the pony rides at the zoo and the fair. But it really started right before third grade when my mom asked what activity I wanted to do for the school year. I had seen a poster in the school hallway about Pony Club and I said I wanted to do that. My mom called the school and they referred her to the local club District Commissioner. I started taking lessons on Chancer, the horse owned by the DC’s daughter as well as at a local hunter/jumper facility. We got Fable, my first OTTB, about a year and a half later.

What is your favorite thing about riding/or your horse?
It’s difficult to choose just one thing. Speed, jumping, and just being with them. Fable has not only taught me how to be a better rider, but how to be a better horsewoman. She’s a hard keeper in terms of weight, so we have been very patient in trying new things to put the weight on and keep it on her. She has also thrown different things at me while riding her. It’s as if she knows she’s teaching me just as much as my trainers are. I’ve been able to apply what she has taught me to Galaxy. He is a big goofball, but he tries so hard and I love that about him.

What would you like to do when you are older?
Orthopedic surgeon 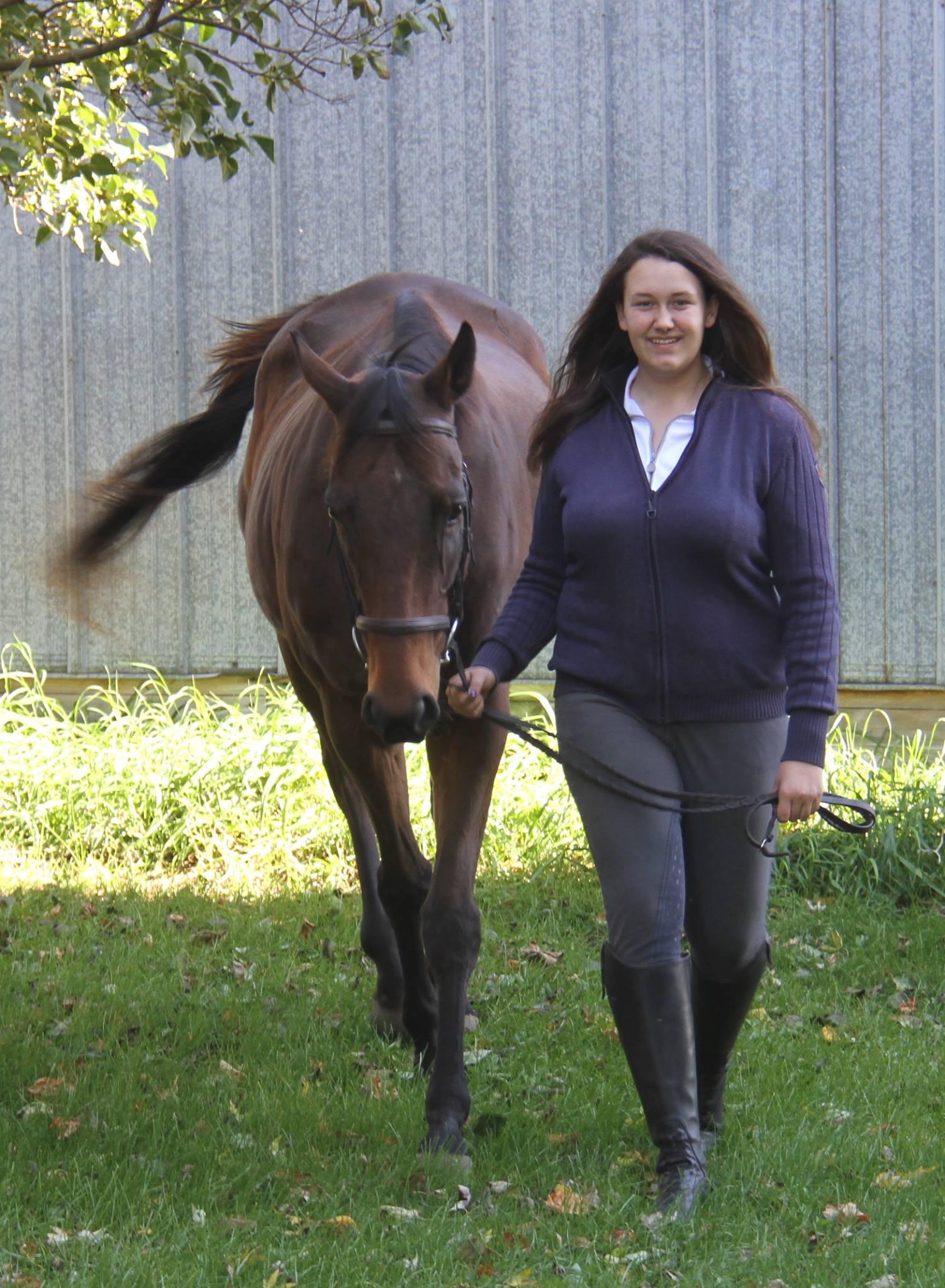 How many pets do you have (and what kind)?
The two OTTBs, one dog – a Goldendoodle, and three cats.

What is your favorite animal (apart from a horse)?
That would have to be a dairy cow. I help milk cows for a neighboring farm. It’s hard work, but I enjoy it and I couldn’t ask for better people to work for.

What is your favorite food?
Sushi

What is something unique about you?
I started drinking coffee when I was 2. My grandmother had a cup on the end table and wasn’t watching and I picked it up and drank it all. Since then it’s been my drink of choice (I don’t drink soda).

What is one word that your friends would describe you as?
Persistent 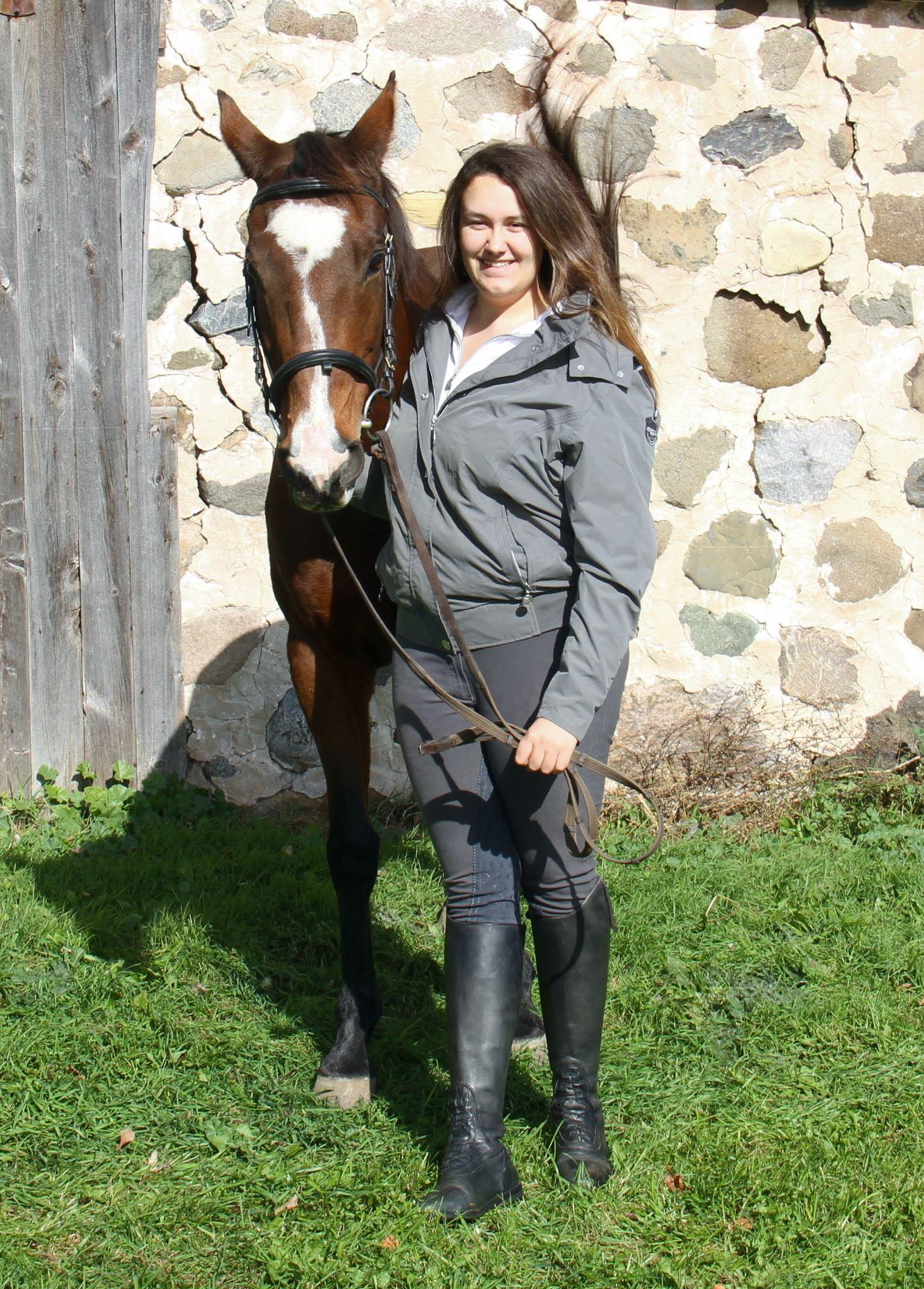 What do you think the most important aspects of horsemanship are?
It goes back to the Pony Club – our core values list horsemanship first – healthcare, nutrition, stable management, handling, and riding a mount safely, correctly, and with confidence. That is the foundation to being an equestrian.

What is one thing you would like to tell people about Thoroughbreds or the Thoroughbred Incentive Program?
Don’t let a preconceived notion about what a Thoroughbred is like keep you from considering them for your next horse. Treat them well and they will give you everything they’ve got and then some.

What are your goals for your horse in 2017?
In April I’m looking forward to doing the Youth Team Challenge at Midwest Horse Fair in Madison, WI with Fable. There’s nothing like doing speed events on an OTTB in an English saddle. Galaxy will make his Eventing debut this spring at starter novice and moving up by the end of the season to beginner novice or novice, depending on how he’s progressing. I’d also like to take one of them down to Kentucky for the United States Pony Club Festival.

Is there anything else you would like to tell us?
I’ll be [traveling abroad] in June as part of a class trip. One of the items on the agenda is to visit a horse whisperer, so I’m really looking forward to what I might learn. Also, between my junior and senior year of high school I plan to join the Air National Guard. I’d like to be a medic in the guard because I feel it will give me exposure to and experiences that most people my age who are looking into the medical field as a career won’t have and it will help to offset the cost of my college education. Family members have always served in the military and I feel it’s very important to serve your country and give back for all of the privileges we have been given. 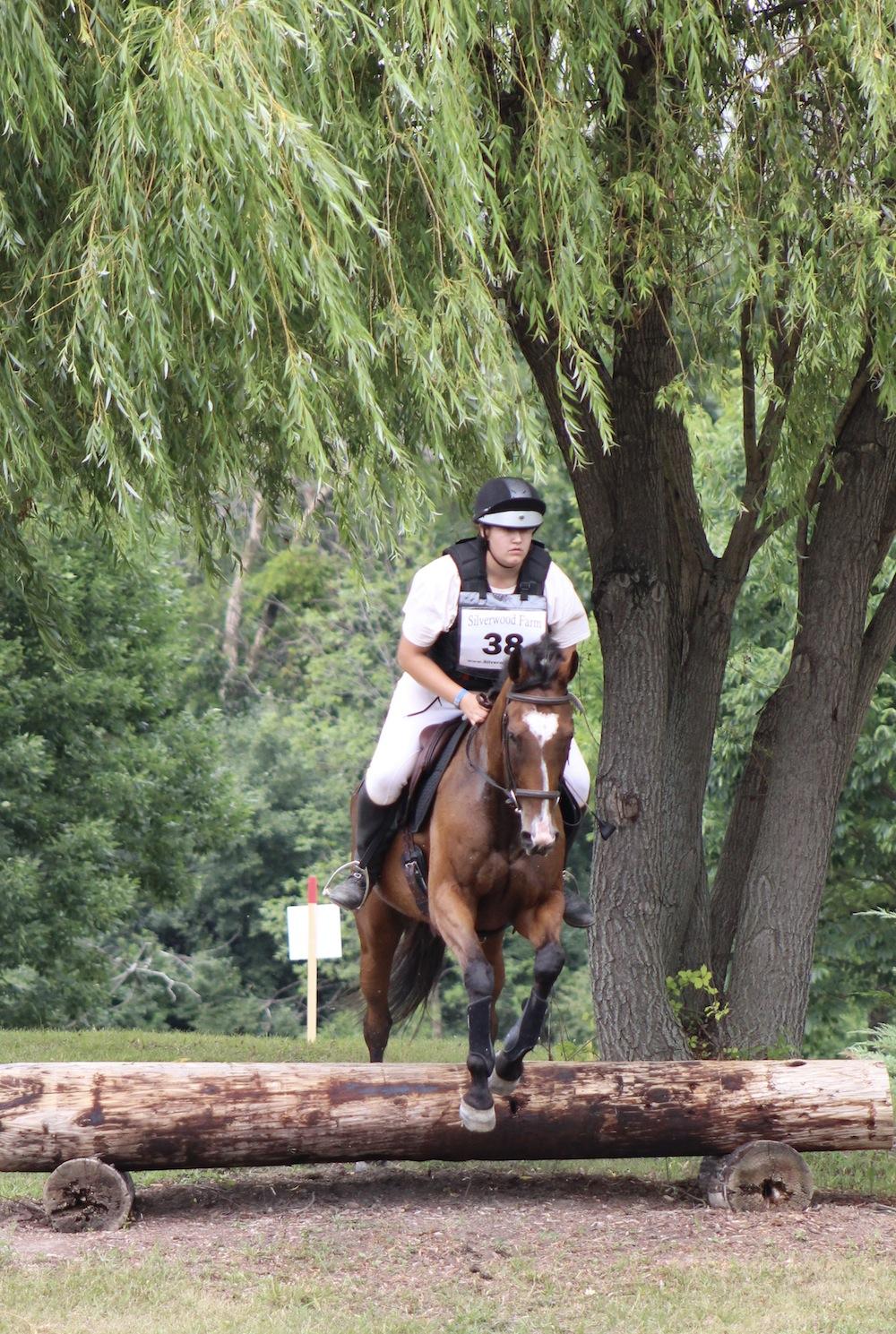 To learn more about the Thoroughbred Incentive Program, please visit the organization’s website.