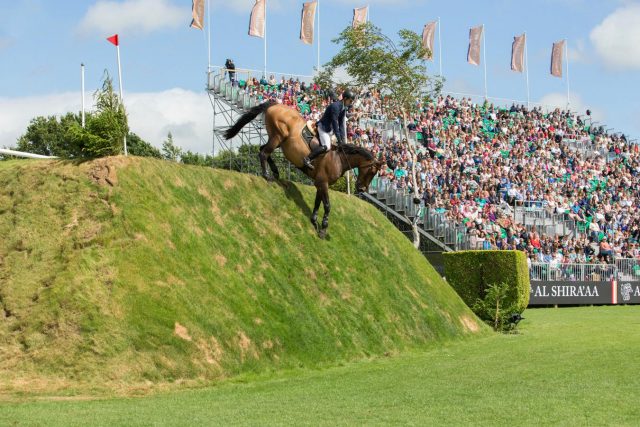 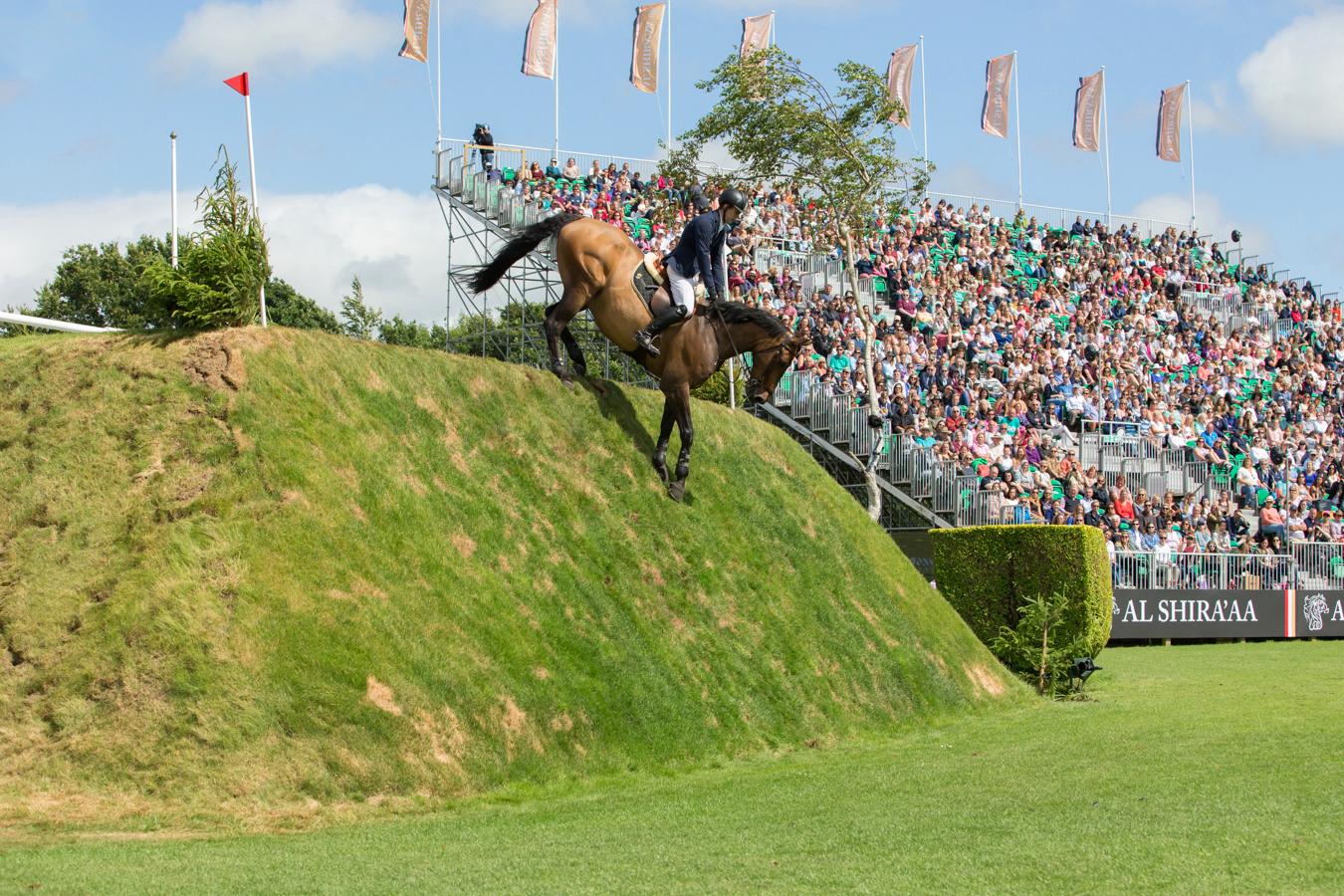 The Al Shir’aa Derby at Hickstead in Great Britain (sometimes informally referred to as “the Hickstead Derby”) is perhaps the most challenging show jumping course in the world — and spectators were treated to a nail-biting event this year with a two-rider jump off round following the only two clear performances.

Nigel Coupe aboard Glovers Hill, 16th in the draw order, set the first clear round to cheers from the crowd: Coupe had been “knocking on the door” for several years finishing second in 2015 and fifth last year. The third to last combination of Harriet Nuttall and A Touch Imperious set another clear round, ensuring a thrilling jump-off.

Neither rider completed a clear jump-off round, but Coupe’s four fault round took the day over Nuttall’s two rails and time faults. This was Coupe’s first win in the Al Shir’aa Derby.

While Nuttall, who has now finished second in the Al Shir’aa multiple times, might have been a bit disappointed not to win, it’s still a remarkable feat to put in a clear round over the notoriously difficult course. Featuring the famous bank as well as a full quiver of looming obstacles in an order that asks plenty of questions of horse and rider, the Al Shir’aa is no walk in the park!

Here are the video highlights:

Want to watch the full class? You can view it for free after creating an account at Hickstead.TV.

For more coverage of this event, check out our sister site Jumper Nation.