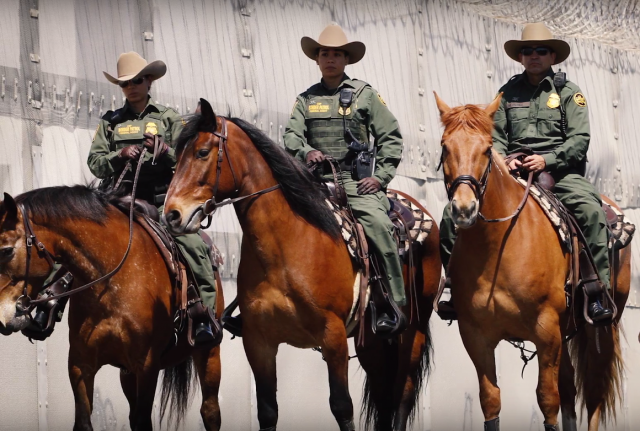 One of the few jobs in the United States that truly requires horses, US Border Patrol’s horseback units make use of mustangs gathered from the range and started in the prison programs. 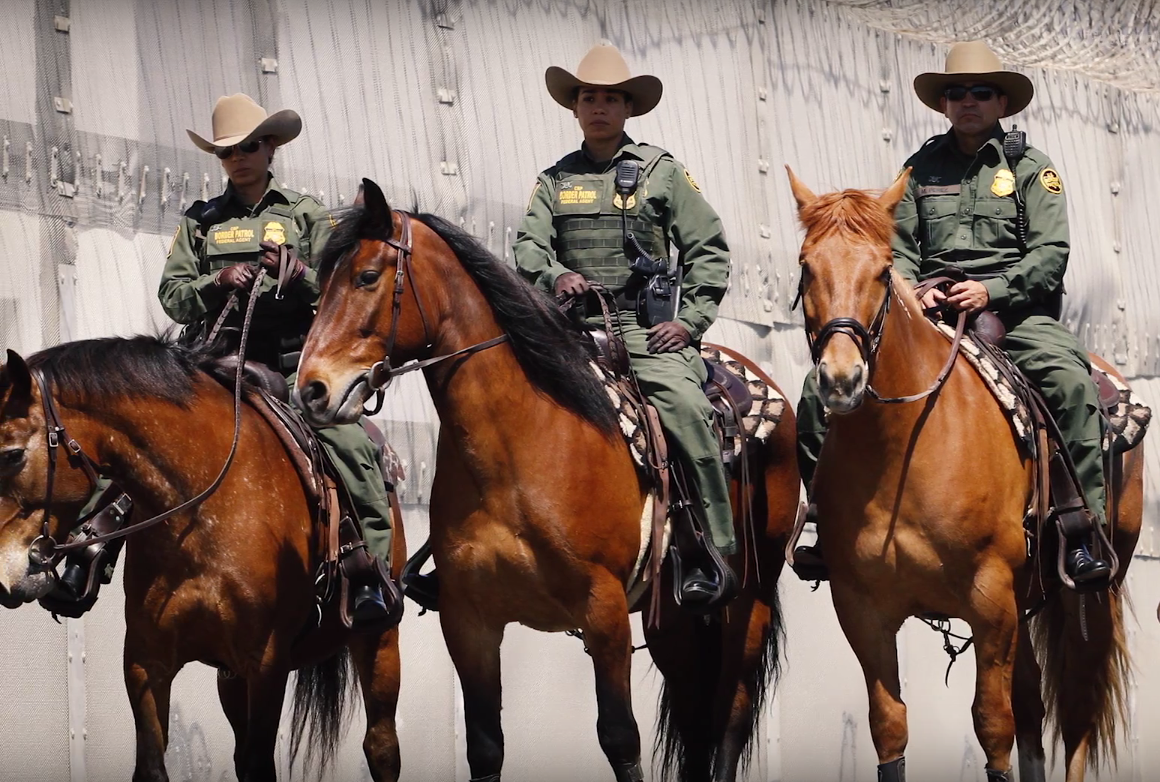 There aren’t many jobs that truly require horsepower any longer outside of the sporting and tourism worlds — yes, there will always be jobs as jockey or trainer or dude ranch wrangler, but the jobs that still require long hours spent in the saddle seem to be few and far between.

On the rugged border between the United States and Mexico, however, on craggy mountains where even the toughest four-wheel-drive vehicles can’t pass, there’s still a need for real horsepower. To fulfill the duties of US Border Patrol to facilitate legal immigration while guarding against illegal immigration, import and trafficking, agents need to be able to move nimbly and quickly while staying alert. The best vehicle for this job is the American mustang.

The longstanding debate over how mustang numbers in the west should be managed is outside of the scope of this article, but the fact remains that the Bureau of Land Management, charged with protecting the nation’s free-roaming wild horses while also protecting public land for multiple uses, conducts gathers on what are deemed overpopulated management areas. The removed horses are sent to holding facilities, where they can be adopted by the public.

The mustang as a breed is generally a small but sturdy animal, naturally hardy with strong feet. Usually mustangs have keen senses honed from life in the wild, able to spot or hear movement long before something approaches. These qualities make them a logical partner for US Border Patrol mounted agents, with the horses’ contributions a valuable part of the overall outfit.

Border Patrol acquires its mustangs through the Wild Horse Inmate Program, which operates out of several state prison facilities around the country: inmates, most without any horse experience, gentle wild mustangs out of the holding facilities and start them under saddle before the horse is available for adoption. A gentled, started mustang is often much more likely to find an adopted home, as starting a wild horse themselves is intimidating or impossible for many would-be adopters. The benefits to the participating inmates are less tangible but equally important; the healing power of horses is well known to all but its effects on individuals often imprisoned for violent crimes is particularly impressive.

Border Patrol has been in existence since 1924, with the service originally a mounted patrol. Horses were reintroduced to Border Patrol in the last few decades, with leadership realizing that the horse’s ability to navigate the backcountry and often detect anomalies with its own senses made it an obvious addition.

This video helps illustrate why the horse is such an important part of US Border Patrol:

Agents are partnered with individual horses for a three-year detail. When a horse is ready to retire, agents are given the opportunity to provide a forever home.

We salute the US Border Patrol for utilizing the mustang, helping to get more of these horses out of holding pens and into good homes where they can be worked and appreciated.