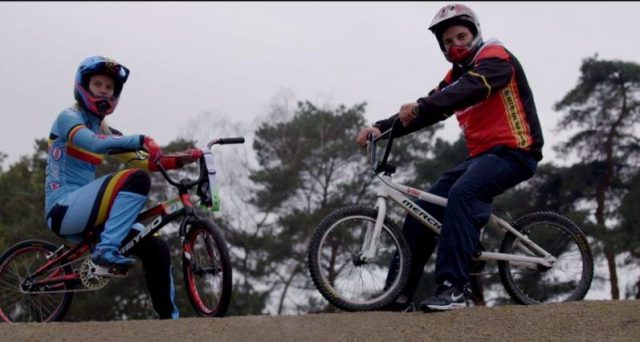 What’s the best way to figure out just how challenging Olympic sports can be? Try them out for yourself! Watch what happens when a show jumper tries BMX biking… and vice versa. The Olympic Channel is generally a spectacular opportunity for the more obscure sports to get some recognition and educate the public, and their exclusive original show, “SportSwap” might be the most genius venture yet. In it, two Olympic athletes meet each other on their home turfs to learn each other’s sports.

These swaps include soccer and gymnastics, boxing and shooting, and spectacularly, show jumping and BMX racing. Belgian BMX racer and Rio Olympic competitor Elke Vanhoof meets up with Colombian show jumper Daniel Bluman, and both take a shot at the other’s lifelong passion to see what the fuss is all about.

The premise is brilliant not just because you get to learn a little more about each sport, but also because you get to see Olympic-level athletes struggle with a sport which some armchair spectators might judge as “easy.” (I think we’ve all heard the “You just sit there and the horse does all the work” comments enough for one lifetime.)

Elke and Daniel each take turns introducing the other to the venue, the equipment and attire, the horse and bike, and finally to some of the introductory elements of the sport. “I don’t know if the second time was really good or the first time was really bad,” says Daniel after attempting the BMX course twice and shaving ten seconds off his first go. Elke’s tips enable him to save some time in the hills and accelerate in the corners.

As for Elke’s attempt at show jumping? They wisely kept things to a walk for her lesson and just tried to work on safely feeling the horse’s mouth, using your aids and practicing steering. Considering it took a couple tries just to get on from the mounting block, this was definitely the best course of action. It’s clear both got a healthy respect for the other person’s sport and all the demands of another discipline, and now Daniel, Elke, and viewers walk away with new athletes to cheer for in another Olympic sport.

You can watch this episode, the other episodes of SportSwap, and lots more original content from the Olympic Channel.