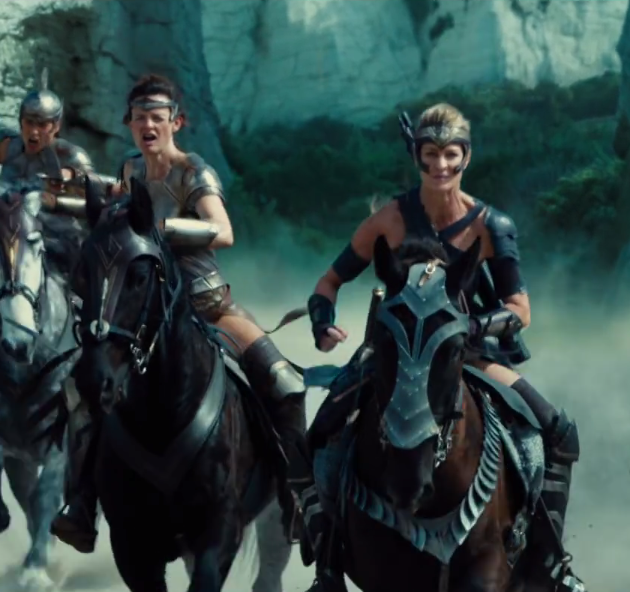 An equestrian ode to Wonder Woman.

While I’m generally not really a fan of the big two (DC and Marvel), I have been anxiously awaiting the debut of Wonder Woman for quite some time now. While Hollywood has pumped millions into countless Spiderman and Batman reboots with varying degrees of success, there hasn’t been a  super hero movie with a female lead since Catwoman, and calling that a super hero movie is honestly a bit of a stretch.

At this point calling Wonder Woman a success could be described understatement of the century, and if you discount the fact that it may be slightly too long, it’s pretty much a perfect movie in my opinion. Diana, charismatically portrayed by Gal Gadot and oh-so-skillfully directed by Patty Jenkins, is the super hero the world has been waiting for.

I’m not going to lie. The emergence of this strong, smart, compassionate, female warrior gave me the feels on a level I could have never predicted. I cried no fewer than five times over the course of the movie, the first time being right in the opening scene with the help of a little horse power. You pan over the beautiful paradise that is the island of Themyscira, and then zoom in on the Amazon warriors training for battle. Several warriors, obviously played by very skilled trick riders, gallop by on stunning horses hanging from the sides of their saddles, causing me to inhale sharply as the tears started to well up in my eyes.

Horses clearly play a large role in Themyscira, and while it may not have been the intention to portray the intensely fierce Amazonian warriors explicitly as horse women, that interpretation makes complete sense to me.

Horse women are tough as nails.

Like seriously, don’t mess with us and especially not with our horses.

We are confused by the nonfunctional nature of traditionally feminine clothing.

And we have a strong sense that the world of men is undeserving of our presence… unless you happen to be a stunning Andalusian stallion.

If you haven’t already seen the new Wonder Woman movie, drop whatever you may be doing (unless you’re riding, obviously) and head to nearest theater immediately.