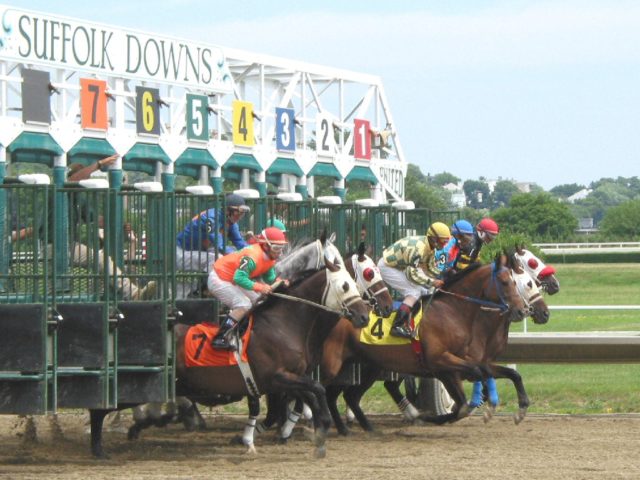 The historic Massachusetts track has been scaling back on live racing for years, but with a sale expected to close soon to a development company, it appears that Suffolk Downs’ days are truly numbered.

Suffolk Downs of East Boston, Massachusetts is slated to close its doors for good with an expected deal closing soon: HYM Investment Group will be purchasing the 161-acre site for $155 million with plans to develop the property into housing, shopping and park space. About a quarter of the existing property will remain open space or wetlands, with the rest developed into pedestrian-friendly city blocks.

Suffolk Downs has been struggling in the past decade, with dwindling interest in live racing as well as a failure to secure a casino license in 2014. A casino would have helped offset the losses experienced by the track with racing becoming less and less profitable.

From a development perspective, having this much open space become available all at once is extremely rare, and Suffolk Downs joins a 50-acre Necco candy factory site as well as a closed greyhound track all changing hands in the area. But from a horse racing fan’s perspective, eight decades of history and tradition will soon be lost.

The track first day of racing was July 10, 1935, with horses owned by such prominent names as Alfred Vanderbilt and Cornelius Vanderbilt Whitney running. Also running that month was a nondescript horse named Seabiscuit; it was at Suffolk Downs that trainer Tom Smith first met the horse in 1936 and would advise Charles Howard to purchase him, effectively launching the horse’s storied career. The Massachusetts Handicap (known as the MassCap) was first run in 1935 as well.

Seabiscuit would return to Suffolk to not only win the 1937 MassCap but set a track record as well:

The track continued to hold racing during World War II, changing hands several times and playing host to some of the top horses of the day as well as famous entertainment. The track briefly closed in 1990-1991, the first warning signs that it was faltering as a profitable venture.

The track reopened in 1992 with major renovations helping spur a period of brief popularity again in 1995 as well as the return of the MassCap. The race was beefed up with a $500,000 purse and graded status and was won that year by the famous Cigar.

This reopening would prove to be brief, however, with less public interest in racing; the MassCap was stripped of its graded status in 2011. Suffolk Downs announced its closure in 2014 after its failure to secure the casino license, with just a few days of live racing taking place in 2015 and 2016.

We’ll be sad to see a facility so rich in history close its doors for good. Thanks for the memories, Suffolk Downs.

[From horse track to a hub of housing for Suffolk Downs]