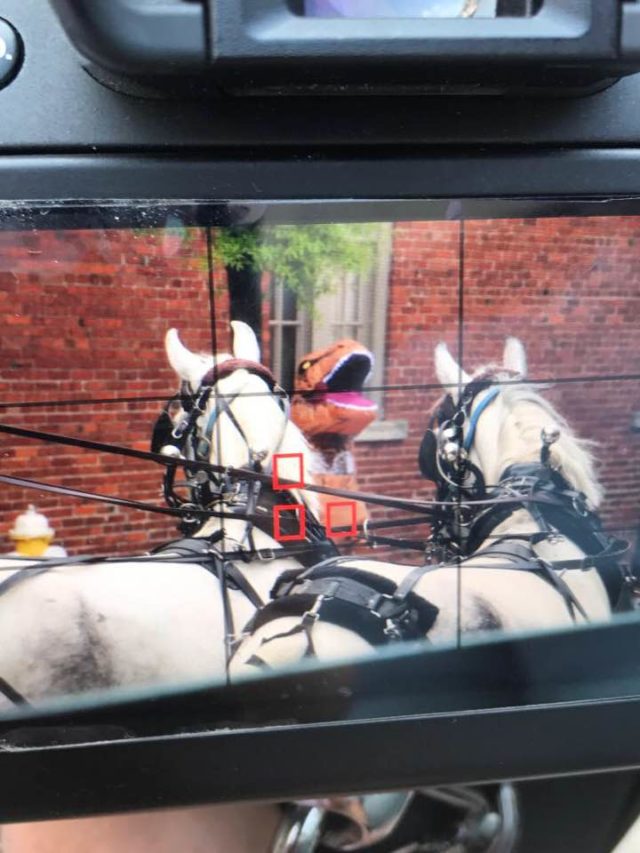 Nicole Wells is charged with disorderly conduct and wearing a mask or disguise, after her antics in a dinosaur costume caused two commercial carriage horses to spook on Thursday, May 18 and injure the driver.

According to reports, at 4:45 PM on Thursday, May 18 a carriage drawn by horses Yogi and Booboo jackknifed on a street in Charleston, South Carolina when an individual in an inflatable dinosaur suit startled the team. Despite cries from the driver and onlookers to the individual to stop and get away from the scene, the woman in the dinosaur suit reportedly continued to growl, frightening the horses further. The driver of the carriage, Van Sturgeon, lost his balance and fell underneath the vehicle which backed over him twice, breaking his foot and bruising his leg. The horses were uninjured and the passengers of the carriage were uninjured.

Video from the incident is frightening:

On Friday morning, May 19, Nicole Wells, age 26, turned herself in. She is charged with disorderly conduct and wearing a mask or disguise. Police state it is currently unclear if Wells intentionally frightened the horses.

Like several major cities around the United States, historic Charleston can be toured by horse-drawn carriage. The industry is regulated to ensure that horses are not working when temperatures or heat index reach a certain level; as with most such services, the carriage horses of Charleston’s Palmetto Carriage Works spend about a third of their time relaxing at a country farm and also get time off at the city barn with each horse working only about 50% of the days of the year.

City carriage tour industries have been increasingly under fire in recent years, with perhaps the most well-known battle raging in New York City as activist groups try to have horses and carriages removed from the streets. The typical line of argument is that horses do not belong on busy and congested streets, breathing automobile fumes and being put into dangerous settings. Activists point to rare but high-profile incidents of horses spooking or stumbling as evidence that carriage driving in a city setting is dangerous and should be outlawed.

Charleston’s carriage industry in particular has undergone a tough spring, with a viral video of carriage horse Big John lying on the street until he is unharnessed making social media rounds. Activists point to this video as clear evidence of overwork and abuse; the carriage company and driver maintain that the horse tripped and was trained to lie still in his harness until assisted. This high-profile incident has led to the tourism industry in the city to consider a study of the carriage horses to determine how well the animals handle heat and humidity; a representative from Palmetto Carriage Works stated that he would be happy to comply if activists’ social media attacks would stop.

While there is not yet any direct evidence to link the T-rex costume incident with activists in the city, it certainly came at a time in which Charleston’s carriage horses are already in the national spotlight.

Be smart: don’t run around in dinosaur costumes around horses.