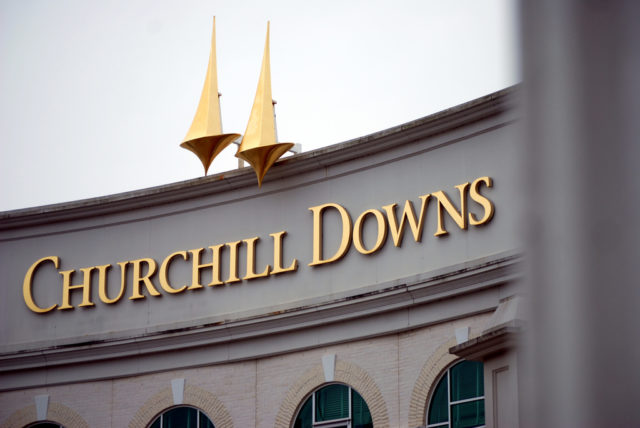 It might just be a two-minute horse race, but those two minutes represent more experience and emotion than you can possibly sum up in that mile and a quarter. Here are three of our favorite Kentucky Derby stories this year.

The Kentucky Derby is so much more than a horse race — what we see at a surface level is the glamour of the day, the big hats and the juleps and the roses, the brightly-colored jockeys’ silks and impeccably-prepared horses, the tones of “My Old Kentucky Home” lazily floating on the air as Thoroughbreds prance before the spires.

But beneath that veneer, Derby Day is much more than horse racing’s biggest party: it’s the manifestation of a lifetime of hard work and personal struggle, the culmination of years of triumphs and loss. Some of these are human stories; others are all about the horse. On the first Saturday in May, however, all of those stories weave together into the tapestry of the Kentucky Derby, a potent spell that will always enchant us year after year.

This year, three stories in particular have captured our hearts. Which is your favorite?

On June 10, 2015, jockey Rajiv Maragh, a native of Jamaica, was riding Yourcreditisgood at Belmont Park when another horse veered into their path; Maragh’s filly clipped heels and somersaulted, crushing him beneath her. The filly was fine, but Maragh most certainly was not — the jockey had four fractured vertebrae, a broken rib and a punctured lung. Maragh would be out of commission for 16 months, wearing an upper body brace for nine months after the injury.

It would have been understandable if Maragh had elected to retire, perhaps find a career without so many occupational hazards — but the jockey returned to the track, slowly honing skills that had previously helped him ride four Breeders’ Cup champions in the early 2010s. Not only did Maragh return to the saddle, but he began his comeback to the highest levels of racing.

Gunnevera is likely to be a favorite in Saturday’s Kentucky Derby, thanks in large part to the colt’s careful training and management by Antonio Sano. A native of Venezuela, Sano is a racing legend in his home country — but after being kidnapped twice, with a 2009 kidnapping lasting for 36 days, Sano was forced to leave his home and try to make a new life for himself and his family elsewhere. First moving to Italy, Sano then settled in Miami, effectively restating not only his life but his training career.

Having trained some stakes winners in the United States, Gunnevera will be Sanos’s first Derby horse — and he looks like a strong candidate. The team behind Gunnevera includes not only Sano, but owners Peacock Racing (two partners of which are Venezuelan) and jockey Javier Castellano (also a native of Venezuela).

Rapidly becoming a fan favorite for the Kentucky Derby is Patch, who would ordinarily be one of many fairly long shots in the Derby field — but Patch has already proven himself to be pretty special, because he only has one eye.

Contrary to popular rumor, Patch already had his name prior to the loss of his eye — he’s sired by Union Rags, and “Patch” was a play on that name. However, in some sort of awkward self-fulfilling prophecy, the colt would come to lose his left eye as a two-year-old when he developed an ulcer that did not respond to treatment. The ulcer stumped even the team at Rood & Riddle, widely respected as the finest equine hospital in the country. Patch’s connections were left with no other option than to remove the eye.

Regardless of this considerable setback, Patch headed back to train under Todd Pletcher. Despite missing essentially the entirety of his juvenile season, Patch not only adjusted impressively well to life with one eye but showed a lot of pluck in his first starts as a three-year-old. While the horse is certainly lacking the foundation that training and racing as a two-year-old might have built, his connections are nonetheless hopeful for his Derby performance.

Even if Patch can’t win the Run for the Roses, he’s already won the hearts of many all over the world.

We’ll have coverage of the Kentucky Derby this weekend — check back at HorseNation.com!