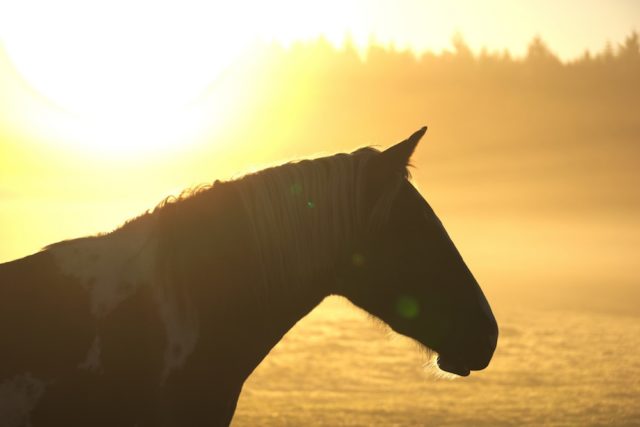 When did social media turn into a battlefield?

Love it or hate it, social media has become the way we communicate in this culture. We network with clients, friends, trainers and potential buyers or sellers. We seek advice or share our latest triumphs. We follow our favorite celebrity equestrians, horse rescues or non-profits and can make a difference by sharing a post to help a horse find a good home.

And on the flip side, we gossip, we rant, we say some pretty terrible things to other human beings that we might not have the nerve to say to their faces. Even those of us who “are just here for the comments” are complicit by default. There’s an even darker side to this phenomenon when we perceive an injustice, an abuse or a wrong, a crueler side of human nature that rears its head with all propriety, courtesy and humanity thrown by the wayside.

An excellent essay by Asam Ahmad on call-out culture, however, points to the real truth: “Because call-outs tend to be public, they can enable a particularly armchair and academic brand of activism: one in which the act of calling out is seen as an end in itself.”

Calling out should never be the end (if it even has to be part of the beginning). Here’s an example I saw on social media a few years ago that still breaks my heart when I think about it: an elderly couple owned a few horses as pasture pets. The husband, who had been the primary caretaker of the horses, passed away; his disabled wife was unable to get to the barn to feed, muck the stalls, schedule routine care and so on. When a local rescue finally stepped in to help, sharing photos of the thin, dirty horses with overgrown hooves, the social media activists leapt into action — without knowing the situation, they posted some absolutely cruel comments deriding the “abusive owners” who “didn’t care enough” to take care of the horses.

Understand that this is not me sitting behind my own keyboard calling out those who would do real good in the horse industry. Social media works best when followers are engaged; engaging with your favorite horse rescue’s page is the easiest and most efficient way to increase that page’s reach and help them find new followers and by extension new donors to keep them going. But why can’t we be constructive in our social media? When we don’t know the full story, why do we immediately leap to shaming those we feel have done wrong?

We see a photo of a horse standing in mud and assume that the farm is a dive and the horses live in squalor. We watch a video of a bouncy young rider and call them out for their bad hands. We see a photo of a horse with a bit we don’t like and immediately the owner or rider is an ill-educated horseman who relies on hardware to make up for what they lack as an equestrian (true story — a blogger for Chronicle of the Horse actually received a threatening email from an angry reader with a photo of the blogger’s place of employment because the reader did not like her choice of bit).

When did this become the acceptable way to try to create change in the world? When did we replace trying to help each other with trying to tear each other down because we don’t agree?

If you see someone that you think needs help on your social media, offer them help — don’t drag them through the mud. Sometimes we don’t know what we don’t know, and being named and shamed doesn’t help anyone. Social media can bring us together as much as it can drive us apart — let’s try pulling each other up for a change instead of bringing each other down.