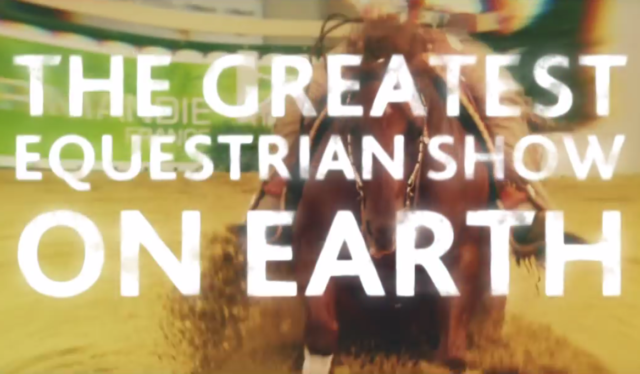 We’ve got the scoop on the schedule, venue, new logo and of course the adrenaline-pumping new trailer to get you amped up for the 2018 World Equestrian Games in Tryon, North Carolina!

When news broke last July that Bromont in Quebec would no longer be hosting the 2018 World Equestrian Games, fans all over the world immediately began speculating (and, admittedly, maybe panicking a little) about who would be able to host the massive competition on such relatively short notice. When the dust settled after all of the negotiations, Tryon, North Carolina took over as the 2018 destination, September 11-23.

It’s no easy feat hosting the World Equestrian Games: not only does a facility need to be able to accommodate eight different disciplines in two weeks, including both competition and warm-up space, but stabling for hundreds of horses from all over the world with the surrounding infrastructure to house and feed the riders, grooms, coaches, various attaches as well as event staff and volunteers, judges and other officials. And we’re not even going to get into the sticky wicket of where to put all of the spectators.

Fortunately, it does appear that Tryon is rising to the challenge — albeit in perhaps some creative ways. Our sister site Jumper Nation reported from the World Equestrian Games press conference and meeting held in Omaha at the World Cup Finals last weekend, where officials from both the FEI (the governing body of horse sport globally) and Tryon International Equestrian Center shared updates.

Housing for athletes: Tryon is building what’s been called a “mini Olympic village” on its premises with modular cabin-style housing for international athletes, similar to what is already on the grounds.

Parking and traffic control: Tryon has hired a private traffic/parking control company to help manage the thousands of vehicles that will be headed to its grounds in September, including setting up shuttling services. There are even plans underway for new exits off of I-74 to accommodate traffic to the show grounds.

Lodging for spectators: If you were expecting to grab a hotel room just a few minutes down the road, think again and definitely plan ahead — over two thousand rooms have already been booked within a certain radius of Tryon for event staff, and officials are recommending that spectators look for rooms as far away as Charlotte, Ashville and Spartanburg. Some of these cities are 75 miles from Tryon, so significant travel time should be expected. Tryon is simply “in the middle of nowhere” but relatively close to a lot of bigger city centers.

Schedule: This schedule is still tentative but should give you a good idea of what to expect.

The new logo: Taking the #TwoHearts aspect, part of the FEI’s latest publicity move, the new logo illustrates the partnership between horse and rider, which is truly the heart of all equestrian sports whether you’re thinking dressage, reining or combined driving.

And, of course, the trailer to get you all fired up: