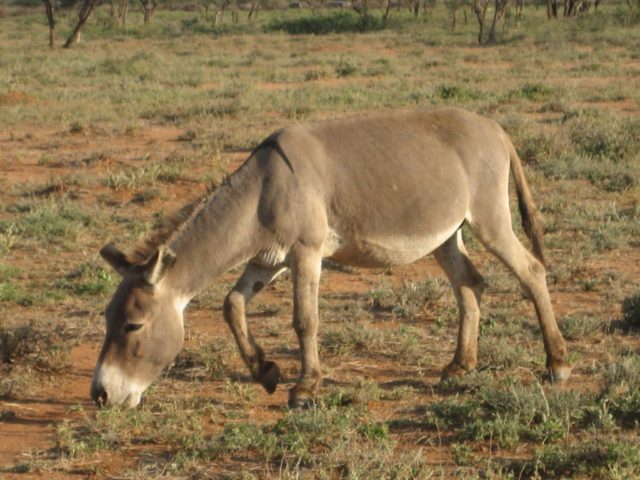 Learn how The Brooke is aiding donkeys during Kenya’s drought.

On February 10, 2017, the government of Kenya declared its drought as a national disaster. A total of 23 semi-arid countries have been affected by crippling drought, which is predicted to last until July 2017 — it’s believed to be the worst drought in recent history and President Kenyatta has appealed for international aid. People as well as their working animals are not only without water and food, but are also prone to drought-related disease.

Government aid has stepped in to assist the human population, but Kenya’s working donkeys are not included in the response funding. Donkeys, as working animals in Kenya, are critical to the survival of the families who own them and work with them.

Fortunately, the Brooke has stepped in to assist the donkeys of Kenya. The Brooke’s mission is to help the world’s working equines, both by providing on-site veterinary support in struggling nations and by educating owners about equine health and care. With a team already on location in Nairobi, the Brooke was well-placed to assist in this record-setting drought.

It’s estimated that one donkey can support a family of six, so the Brooke’s efforts to help provide water for 13,100 working donkeys is also directly affecting the lives of an estimated 80,000 people. The donkeys carry food and water for families as well as fuel and building materials, and often families are reliant on the income they make with a working donkey. Due to the drought, donkeys and their owners were forced to travel much further than usual to find water and bring it back home, leading to exhaustion and overwork.

The Brooke has already met its fundraising goal for drought relief, but further donations will continue to help the situation in Kenya. Funds have been used to bring in water for the worst drought-stricken areas as well as feed for hard-hit villages. Fuel has also been provided for boreholes to pump water for public troughs.

Thanks to the Brooke, these hardworking donkeys are finding relief and helping the people who rely on them.

To learn more about the Brooke’s efforts in Kenyan drought relief, check out this page where the Brooke is posting updates. You can also follow the Brooke on Facebook.