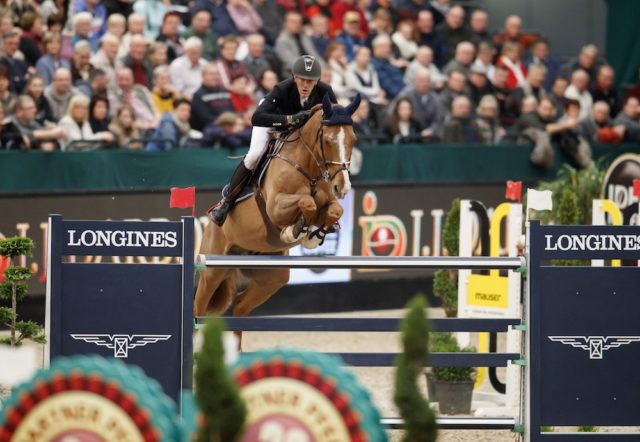 The eyes of the equestrian world are focused on Omaha, Nebraska this week for the FEI World Cup Finals in show jumping and dressage. Here’s everything you need to know!

We’re about to launch into a great week of world-class competition with the FEI World Cup Finals returning again to American soil: the world’s top-ranked dressage and show jumping combinations have arrived in Omaha to battle it out for world champion honors.

What: The FEI World Cup Finals welcomes qualified riders at the top of their FEI rankings in show jumping and dressage from all over the world. Horse and rider combinations compete over several sessions over the course of the World Cup Finals.

Who: In show jumping, 18 nations are represented by 37 athletes; in dressage, 13 nations are represented by 18 athletes. Riding for the USA in show jumping are Jamie Barge, Karl Cook, Audrey Coulter, Charlie Jacobs, Laura Kraut, Jenni McAllister, Todd Minikus and McLain Ward. Riding for the USA in dressage are Laura Graves, Kasey Perry-Glass and Steffen Peters. (The full list of entries can be found here.)

When: Competition runs March 30 through April 2, with formal familiarization and training sessions on Wednesday, March 29. The World Cup Final winner in dressage will be awarded on Saturday, April 1 after the freestyle final; the World Cup Final winner in show jumping will be awarded on Sunday, April 2 after the Grand Prix final.

Where: CenturyLink Center in Omaha, Nebraska

How to follow: You can watch the entire event live with an FEI TV subscription. Selections will be highlighted on social media via Facebook, Instagram and Twitter, and Horse Nation will provide social media roundups throughout the week. In-depth show jumping coverage can be found at our sister site Jumper Nation.