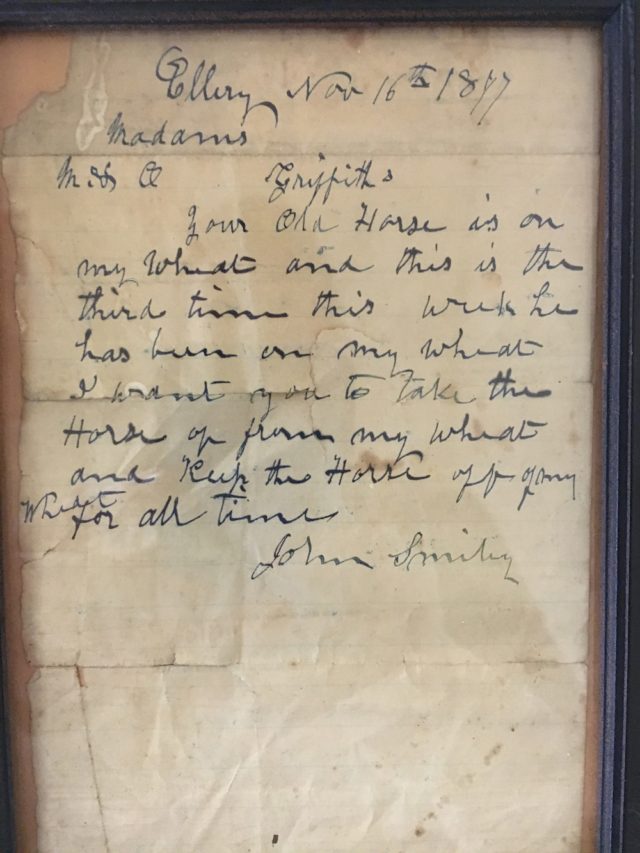 Don’t worry, our forefathers have been there too.

While digging through some family history last weekend, I stumbled upon a century-old equestrian problem that I’m sure 99% of readers have experienced: loose horses.

For a little background: Martha and Ophelia Griffith were two “old maid” sisters living on the shore of Chautauqua Lake in western New York state, operating a boardinghouse for summer guests who came to enjoy the tranquil waters and country lifestyle. The property where their boardinghouse and farm stood is owned by my husband’s great-aunt, with a few of the original buildings still standing such as this big red barn. (It’s so picturesque we even decided to have our wedding there.)

Martha and Ophelia operated their boardinghouse for decades after the Civil War and were active in the suffragette movement in New York state, earning women the right to vote — we’re celebrating the 100th anniversary of that right to vote this year.

While looking at old documents of Miss Ophelia’s that have been saved by the family, I stumbled across this preserved note from a slightly disgruntled neighbor, another farmer named John Smiley:

The note reads as follows:

Madams M & O, we feel your pain, and a hundred years later, give you the equestrian salute of solidarity.