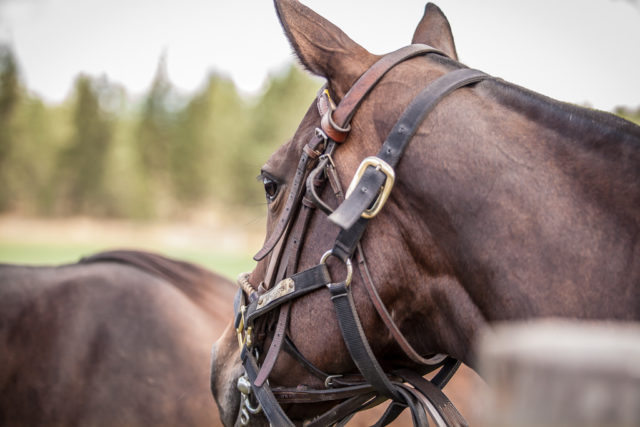 Our equine law columnist, attorney Kjirsten Lee, reports on the legal questions arising from the growing world of equine cloning, specifically focusing on a 2012 AQHA lawsuit.

One of the topics at last year’s National Conference on Equine Law was cloning. While the science and ethics of cloning is fascinating, we attorneys are more interested in the legal questions that have arisen in the horse world following attempts to register and compete clones.

In April 2012, a horse breeder and a veterinarian in Texas sued the American Quarter Horse Association, claiming that their clone of a renowned Quarter Horse mare should be allowed to register as an official quarter horse. They claimed that “a clone is simply the genetic twin of the original animal separated in time.” In their lawsuit, the breeder and veterinarian claimed a conspiracy within the AQHA to keep cloned horses out of the registry because of greater competition in breeding and racing, a claim which AQHA denied.

The Sherman Act, passed in 1890, was the first antitrust law. Essentially, the Sherman Act outlaws conspiracy, restraint of trade and monopolization. The Supreme Court decided shortly after the Act was passed that it only prohibits unreasonable restraints on trade. Some actions are considered so harmful to economic competition that they are almost always illegal. These include price fixing, dividing markets or rigging bids.

The Clayton Act addresses specific practices that the Sherman Act does not clearly prohibit, and bans certain discriminatory practices, services and allowances in dealings between merchants. The Clayton Act also gives private parties the power to sue for triple damages when they suffer from conduct that violates either the Sherman or Clayton Act.

While antitrust was used creatively in the clone lawsuit, it was an unsuccessful argument. The U.S. Court of Appeals for the Fifth Circuit ruled in favor of AQHA in January of 2015. The court found that there was no conspiracy to restrain trade and that AQHA was not a competitor in the market for elite Quarter Horses. Interestingly, the court seemed to make a statement that membership in and registration with AQHA is optional, and therefore the plaintiffs could choose to start their own breed association if AQHA chose not to allow clone registration.

For those of us involved in the horse industry, this statement hints at how little people who are not directly involved in the industry know and understand about how the industry works. A horse that cannot be registered with a breed association is ineligible for certain competitions and awards. The same restrictions may apply to any offspring the horse may have. Such restrictions not only limit the horse’s competitive options, but can seriously diminish their potential value, as a registered horse seems to come with a price tag of at least 25% more than the exact same horse — without registration papers — would have.

Clones may not be able to participate in breed competition, but that doesn’t stop them from taking the performance horse world by storm. Polo seems particularly willing to accept clones in the sport, with big-name players being mounted on clones of their favorite mounts. While cloning outcomes are still uncertain, it seems clear that there is potential for cloned horses to be an active part of the breeding and competition landscape in the future. Whether they are accepted or shunned by the different registries and governing bodies of equestrian sport remains to be seen. Who knows – perhaps the dressage, show jumping and eventing worlds will soon see more clones on the world stage.

Kjirsten Lee, J.D., is an equine attorney with rb LEGAL, LLC, in Golden Valley, MN. She has written on topics such as the Horse Protection Act and use of drugs in racehorses, as well as general legal issues that horse people may encounter. You can follow her on Twitter at @KMLee_Esq. Kjirsten and her OTTB Gobain, compete in dressage and eventing.

Disclaimer: Nothing in this article is intended to be legal advice. No attorney-client relationship is created by reading and/or commenting on this post. If you are seeking legal advice, please contact an attorney directly.