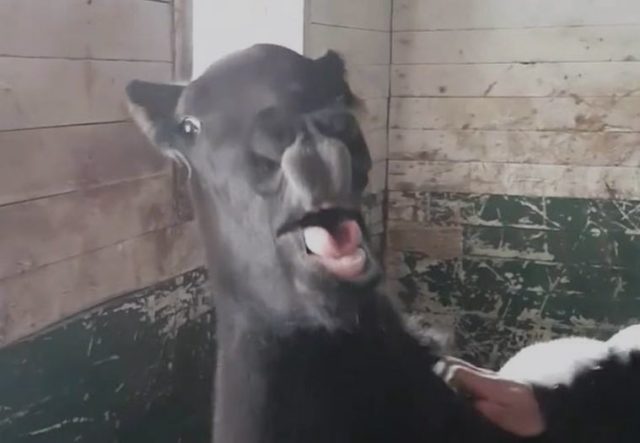 If you find something you love as much as this horse loves a good itch, NEVER LET IT GO.

Have you ever seen the footage of girls losing their minds when they went to Beatles concerts? The screaming, the convulsions, the eyes rolling-back-in-the-head-euphoria that comes with the satisfaction of beholding John, Paul, George and Ringo in the flesh?

This is just like that, only with less screaming, no Beatles, and what must be the best set of nails known to man. (or woman, as the case may be.)

This hilarious bit comes from Chantal Gallant, who raises and trains heavy drafts for driving purposes up in the mystical lands of New Brunswick, Canada near Prince Edward Island. We certainly hope she can manage to pull together a full team of big beasts with as much spunk as this dude … that’s definitely a carriage I would pay to see.

Get your itch on, and go riding.