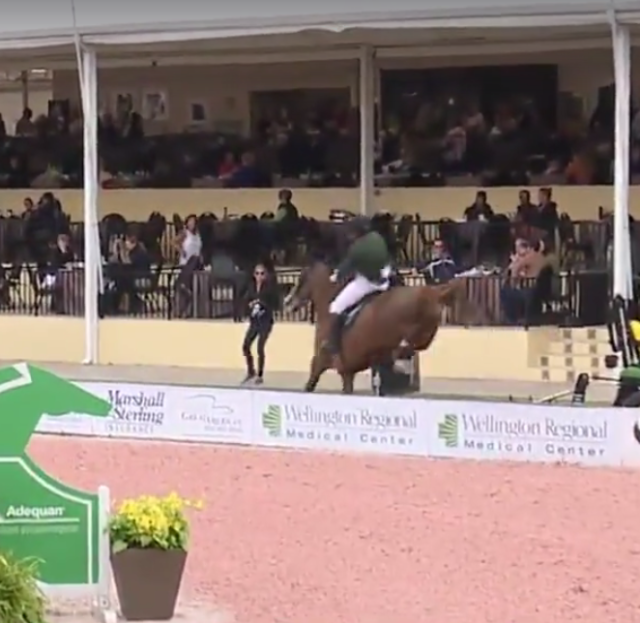 Seringat has left the building.

What an overachiever. Screen shot.

Monday is the crappiest day of the week, so it only makes sense that we make things official. Here’s our latest “Oh Crap” moment, courtesy of Irish rider Cian O’Connor.

Cian O’Connor and Seringat laid down a perfect clear first round in the $216,000 Lugano Diamonds Grand Prix last weekend… and took a bonus fence in stride as well. Coming off the final oxer, O’Connor and Seringat were rolling on momentum and as O’Connor softened up a bit to let Seringat play, the gelding just kept on going — right over the low arena wall.

Fortunately, the pair landed on grass, and as they were already through the timer they weren’t eliminated. O’Connor and Seringat came back for the jump-off and ultimately finished 12th.

This was one of the last performances for this combination, as Seringat has changed hands to compete under Geir Gulliksen, a WEG/Olympic rider of Norway. Hopefully Gulliksen was watching this round and will be on his toes…