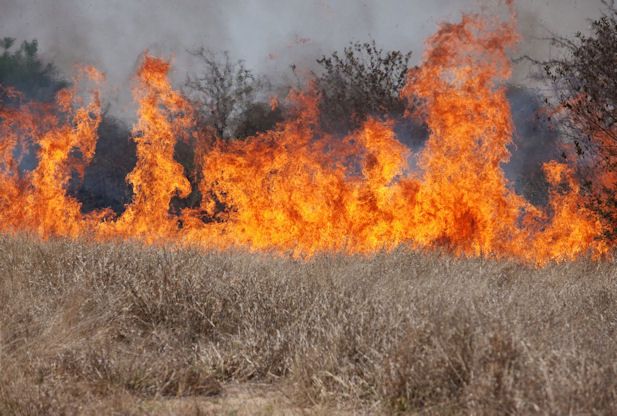 Fast-moving wildfires tore across parts of Kansas, Colorado, Oklahoma and Texas in the first half of this week, killing 3 ranch hands in Texas with countless livestock killed or injured.

A series of lethal wildfires across several states have burned tens of thousands of acres since Monday, fueled by heat, low humidity and high winds. Fires have claimed human lives as well as livestock; for livestock that may have survived the fire, further complications caused by injuries or smoke inhalation still loom ahead. The number of animals killed or affected is still unknown as ranchers are only just able to return to their spreads to assess damage.

In Gray County, east of Amarillo, two men and a woman were killed while trying to herd cattle away from the flames. They have been identified as Emmert Sloan, Cody Crockett and Sydney Wallace. Crockett and Wallace were in their 20s.

Miles of fencing have been burned and destroyed all across these states and the death toll for animals has not yet been counted; many ranchers are still assessing their losses as they travel their burnt pastures. One major concern for livestock that may not have been directly in the path of flames is compounding health conditions due to smoke inhalation and burns, even minor. In many cases, fires moved too quickly for animal owners to safely evacuate their stock.

The affected wildfire areas are largely beef producers where the horse is not just a companion but a valuable tool for taking care of cattle. Our hearts go out to all those affected by this week’s wildfires, especially the families of those individuals lost.

If you would like to help livestock owners recover, the following relief efforts have been set up:

[Wildfires burn across the Midwest, Colorado and Florida]